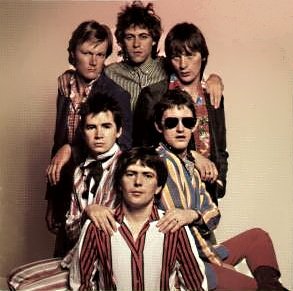 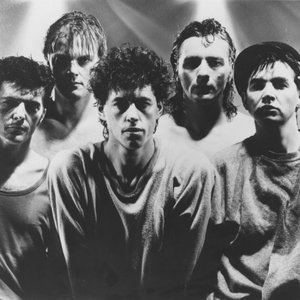 Originally, they used the moniker 'The Nightlife Thugs'. The name "The Boomtown Rats" comes from a gang of down-and-outs from Woody Guthrie's autobiography, which the folk artist titled 'Bound for Glory'. The guys gained fame due to their often cynical tunes, having several notable singles, yet their record is overshadowed by the charity work on behalf of famine relief of their lead singer. Geldof, being nicknamed 'Bob The Gob' by the media for his big mouth, attained international fame after spearheading efforts such as 'Live Aid'.

The Boomtown Rats itself scored several Top Ten hits in the UK charts during their commercial peak, from 1978 to 79, and their most famous songs, still to this day, are "Rat Trap" (a U.K. #1) and "I Don't Like Mondays" (another U.K. #1), the latter being their biggest hit and achieving international notoriety. The track was written on a tour of the US in 1979 when Bob Geldof heard a telex machine spouting the story of Californian schoolgirl Brenda Ann Spencer, a girl that went on wild shooting spree at a San Diego high school with what seemed like no provocation before or remorse afterward. She justified her killing spree with the excuse "I don't like Mondays".

Bob Geldof has been gifted with the art of story-telling through songs. Lyrics are mostly in third person, have clever double entendre meanings, often relating some story or incident, eg "Dave". Geldof's charity work has been centred around the issue of famine relief, and includes being the organiser for the Band Aid single, for which he brought a superstar pop lineup together to record a song to aid famine relief (at the time was the fastest selling single in Britain of all time) and organizing the LiveAid concerts, a 2-continent superstar live concert that raised over 100 million dollars for famine relief.

Guitarist Gerry Cott left the band in 1981 and the band became a quintet. They disbanded in 1986 following a charity concert in Ireland. Most of the band members have now moved on to solo projects or new bands.

The Boomtown Rats reformed in 2013 going on tour again and released a new best of album Back to Boomtown : Classic Rats Hits which includes two new recorded songs.