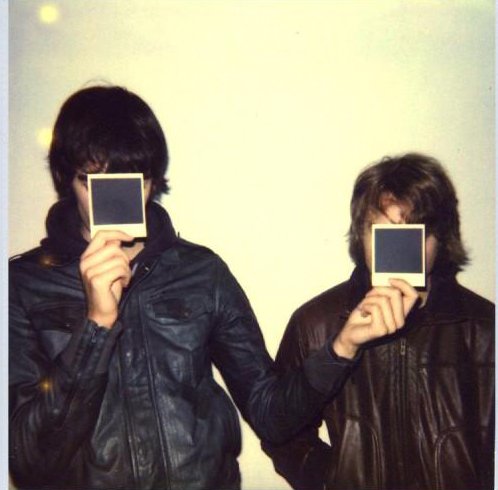 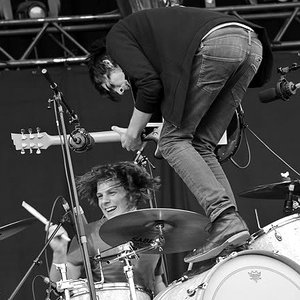 The Black Box Revelation is a garage rock duo which formed in Dilbeek, Belgium in 2005. The band consists of Jan Paternoster (vocals, guitar) and Dries Van Dijck (drums).

Belgium may not be known for producing great rock and roll bands, but don’t tell that to 22-year-old Jan Paternoster nor his 20-year-old sidekick Dries Van Dijck, who have been playing together for a decade, already releasing two albums, 2007’s Set Your Head on Fire and 2010’s Silver Threats (recorded in London’s legendary Konk Studios) that established the duo as a serious force to be reckoned with. A cross between R&B-inflected garage-band rock that takes its cues from mid-’60s Stones and The Kinks to the most gut-bucket, electric delta blues evocative of Led Zeppelin by way of The White Stripes, The Black Keys and Black Rebel Motorcycle Club, Black Box Revelation is just that… a musical revelation that can’t be boxed into a single category.

Coming to America to record their stateside debut, My Perception, with producer Alain Johannes in his L.A. home studio, Jan and Dries felt right at home in the country where so much of the music that inspired them had been made. The result is their most accomplished album to date, with sound and noise now coalescing into real songs like the title track and “Rattle My Heart,” which might have come straight from Out of Our Heads; the spooky acoustic strains of the Beatles-meets-Kinks British Invasion vibe of “Bitter,” the haunting, stark acoustic “New Sun,” the thick ambience of “2 Young Boys,” the percussive beat of “Shadowman” and the psychedelic blues of “White Unicorns.”

While building up a fan base in Europe by touring with Eagles of Death Metal as well as their own headlining shows in France, Germany, Switzerland, Spain, Italy, Holland and Scandanavia, the band has played scattered shows in the States, including two years at SXSW, as well as shows in L.A., New York, Boston, San Diego and San Francisco. Seeing them live, before a packed, sweaty audience of their crowd-surfing, head-banging fans, is yet another revelation…this one how two guys can create a sound that fills the room-and more.

With My Perception their first official U.S. album, Black Box Revelation will be making their assault on America very soon playing every garage, arena, and stadium!