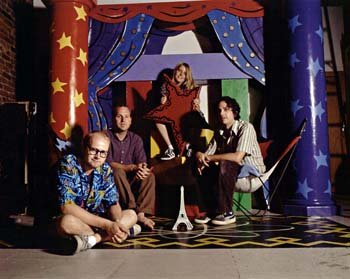 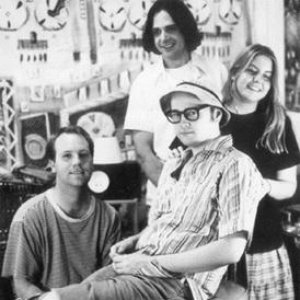 The Apples in Stereo

The Apples in Stereo is an indie pop band from Denver, Colorado, United States which formed in 1992. They are co-originators of the innovative Elephant 6 Collective, a group of bands that initially included Neutral Milk Hotel and Olivia Tremor Control and also includes Elf Power, The Minders and Beulah.

Longtime drummer Hilarie Sydney left the band in 2006, performing her last show at the Athens Popfestival.

Robert Schneider has side projects: Marbles, Ulysses, Thee American Revolution and a new kids music project under the name Robbert Bobbert & The Bubble Machine. He does a lot of commercial composition and film score work.

Bill Doss, who had been the band's keyboardist since 2007, died on July 30, 2012. Doss was also the singer, songwriter and guitarist for The Olivia Tremor Control, the sole member of The Sunshine Fix, and an original member of the Elephant 6 collective.

One of their most popular songs, "Signal In The Sky," was created for and featured in episode 46 of The Powerpuff Girls.

They are best known for their bright, catchy lyrics and 60s pop/rock sound that often provokes comparisons to The Beatles, ELO and The Beach Boys.

Their major influences include The Velvet Underground and The Beach Boys.