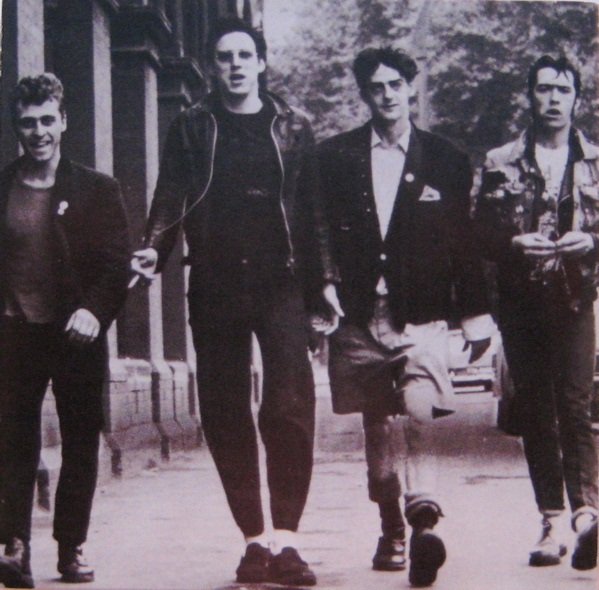 Tenpole Tudor is a British punk band. They formed in 1974, when actor Edward Tudor-Pole (vocals / saxophone), met guitarist Bob Kingston, bassist Dick Crippen, and drummer Gary Long. They played regularly for several years until Tudor-Pole himself (under the moniker of Eddie Tenpole) came to prominence by appearing in the 1978 film, The Great Rock 'n' Roll Swindle. He was originally billed as a replacement for Sex Pistols singer Johnny Rotten - performing the songs "Who Killed Bambi?", "The Great Rock 'n' Roll Swindle" and an unlikely cover version of "Rock Around The Clock" for the film and subsequent soundtrack - however, manager Malcolm McLaren and the remaining Sex Pistols instead decided to abandon the group and go their own ways.

Tenpole Tudor returned in 1980 and signed a contract with Stiff Records with whom they released the single "Three Bells in a Row".

The band released their debut album, Eddie, Old Bob, Dick and Gary, in 1981. It sold well, and in addition to the popular "Three Bells in a Row", launched two additional hit singles "Wunderbar" and "Swords of a Thousand Men". In the same year, the group released their second album, Let the Four Winds Blow, which also performed well. They also distinguished themselves with their oddball live performances, which had band members often dressing in medieval garb and Tudor-Pole himself in a full suit of chainmail armor.