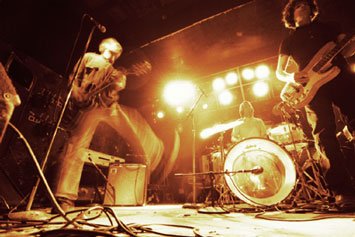 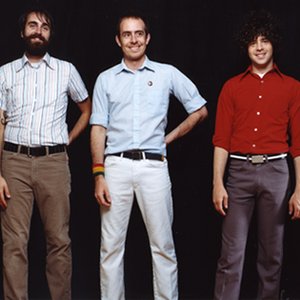 Ted Leo and the Pharmacists

@Ted-Leo-and-the-Pharmacists
seen live indie indie rock rock punk
Ted Leo and the Pharmacists are an indie/punk band, with roots in traditional rock. They formed while Leo was living in Washington, DC, but now have members based around the northeast United States. Leo came from Bloomfield, New Jersey.

The band consists of singer-songwriter and guitarist Ted Leo, guitarist James Canty, bassist Marty 'Violence' Key, and drummer Chris Wilson. After his previous band, Chisel, broke up in the late 1990s, Ted recorded the Tej Leo(?) Rx Pharmacists [sic] album in 1999, followed by the Treble in Trouble EP in 2000.
Top Tracks
1) Me and Mia
2) Counting Down the Hours
3) Where Have All the Rude Boys Gone?
4) Little Dawn
5) The One Who Got Us Out
6) The Angels' Share
7) Bleeding Powers
8) Criminal Piece
9) Heart Problems
10) Shake the Sheets
11) Walking to Do
12) Biomusicology
13) The High Party
14) Better Dead than Lead
15) I'm a Ghost
16) Parallel or Together?
17) Timorous Me
18) Hearts Of Oak
19) Building Skyscrapers In The Basement
20) Tell Balgeary, Balgury Is Dead
21) Under The Hedge
22) Dead Voices
23) Dial Up
24) Bridges, Squares
25) The Gold Finch and the Red Oak Tree