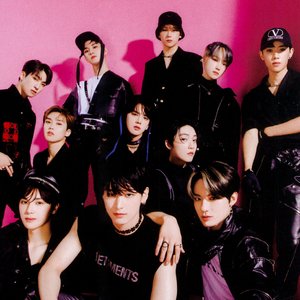 @THE-BOYZ
pop k-pop 90s german Korean
There are multiple artists with this name:

They officially debuted on December 6, 2017, with the release of their first mini album (EP) The First and its lead single "Boy".

On October 23, 2019, it was announced that member Hwall would be leaving the group so he could focus on his recovery after a leg injury.

2. The Boyz was a late-60s American pop rock/power pop power trio. Their best known tune, "The Laugh's On Me" (alternatively known as "Laughs On Me"), was first released in 1968 and re-released in 1975. The group is currently known for being one of the first bands featuring Rick Nielsen, who later reached international stardom in Cheap Trick.

3. The Boyz was a German pop group (or boyband) created in Berlin at the end of 1996 with encouragement from music producer Triple-M. Their largest success was in 1998 when their single "One Minute" made it to the Top-10 both in Germany (No.9) and Switzerland (No. 8). The single eventually reached the gold status in Germany selling over 250,000 units. In 1999, they called it quits. Lead singer Adel Tawil formed Ich - Ich, another successful pop band.