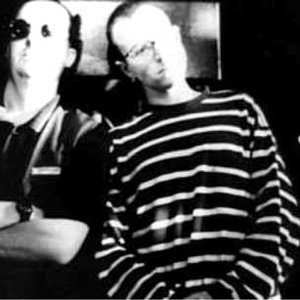 Sweet Exorcist was a duo from Sheffield, UK, active from 1989 to 1995. The duo consisted of Richard H. Kirk and Richard Barrat, a.k.a. DJ Parrot. They took their name from a Curtis Mayfield album. Pioneers of bleep techno and the 0742 sound, their 1991 release Clonks Coming (a.k.a. "CC EP") was the first album release on the Warp label.

Richard H. Kirk (1956 - 2021) was one of the three founding members of Cabaret Voltaire. Kirk was a very prolific electronic producer who released albums under several aliases: Sandoz, Electronic Eye, Nitrogen, Dark Magus, Al Jabr & Blacworld to name a few. Extensive discographies of Kirk, Cabaret Voltaire and its other members can be found at http://www.brainwashed.com/cv/.

Barrat has also been involved in various projects, his most recent one being Crooked Man.