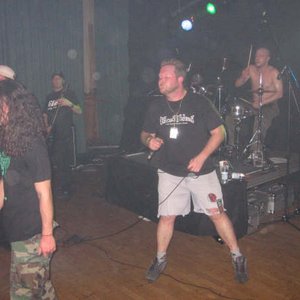 Stoma are a goregrind/pornogrind band from Holland.

Stoma was formed in 1998 as a project when former drummer Puke Vomit and guitar player Still beer were still playing in the band Brainshit. Singer G.O.B. wanted to start a band with these two guys called Stoma.

After a few months growl master 391 accompanied the band to complete the vocal section. During the period of 1999 drummer Ziggy joined Brainshit and Puke Vomit moved to the Bass guitar, which he preferred. It took a couple of months when Brainshit and Stoma merged as one band and the new band was born.During the period of 2000 things went real well and Stoma went to studio Lobbes in Opeinde to record eight songs. Four of the recorded tracks were put under the name "Gory Human Pancake" on a split MCD with the Dutch grind gods "Last days of Humanity". Since then Stoma played several gigs throughout The Netherlands with numerous grindcore bands from Holland and beyond. Stoma recorded and mixed Scat Aficionados at SingSing studio in 2004 and released Unreleased Shit (MCD split with Screaming Afterbirth) in 2007. In 2008 Stoma is releasing two split CD one on Show me your tits records and one on FDA Rekotz.