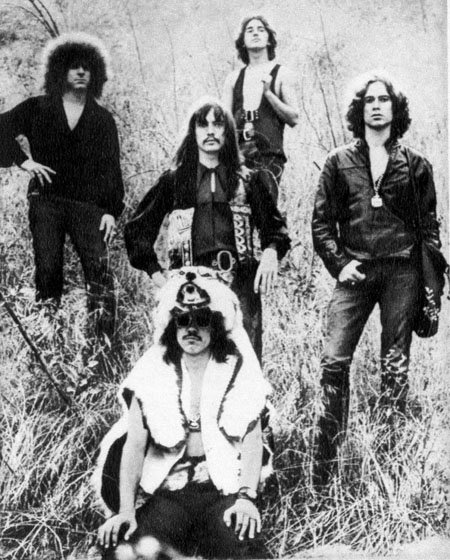 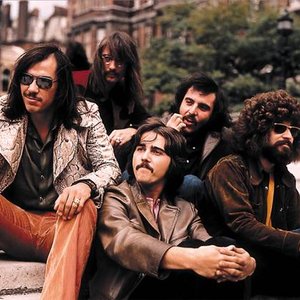 Steppenwolf is a rock band which formed in Los Angeles, California, United States in 1967. The band originally consisted of John Kay (vocals, guitar), Michael Monarch (guitar), Rushton Moreve (bass), Goldie McJohn (keyboards) and Jerry Edmonton (drums). The band is best known for their hit singles "Born to be Wild" and "Magic Carpet Ride". They were named after the novel Der Steppenwolf by German author Hermann Hesse.

Frontman John Kay's mother escaped with him at age 4 from Soviet occupied East Germany, an event recounted in the song "Renegade" on the album Steppenwolf Seven. His family resettled in Hannover, West Germany, before moving to Canada in 1958. Kay is partially blind, hence the use of dark glasses

Steppenwolf had its origins in the Toronto blues band Sparrow, which was formed in 1964 and played coffeehouses in Yorkville. By 1967 they had settled in San Francisco.

Steppenwolf rocketed to fame after their third single, "Born to Be Wild" was used in the movie Easy Rider, as well as "The Pusher". The former song may have coined the term "heavy metal". This was followed by several more hits, including "Magic Carpet Ride" from Steppenwolf the Second, and "Rock Me" from At Your Birthday Party. Many fans consider their double album Steppenwolf Live the best of Steppenwolf's releases. Monster and For Ladies Only were the band's most political albums, and are still fondly remembered by fans as two of the best rock & roll snapshots of the attitudes of the late 1960s and early 1970s.

The band broke up in 1971, and Kay pursued a solo career. Steppenwolf reformed in 1974 with the album Slow Flux, and disbanded in 1976. Afterwards, several versions of the band toured North America until Kay reformed the official version of the group in 1980.