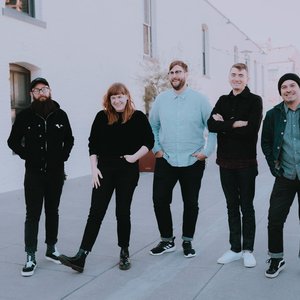 Starting out as a three-piece after their previous band dissolved, Dylan Slocum, Gabe Mayeshiro, and Ruben Duarte soldiered on before recruiting Kyle McAulay on guitar, via an online advert, to flesh out their sound a few months later. With McAulay on board – who also happened to work in a recording studio – the group started laying down tracks for their debut EP before their first gig in August 2013. Over the next year, while still working their day jobs, the four-piece continued to record and play shows and expanded their original EP to become their debut album, releasing a few teasers beforehand. In March 2015, Giant Sings the Blues, was finally released digitally via their own label, with the band playing shows throughout the year, including support slots for the likes of Good Riddance and The Flatliners. At the beginning of 2016, Wiretap Records signed them and reissued their debut with a handful of extra tracks. The group returned to the studio mid-year to start recording their second album, while their debut also found a home in Europe via Bearded Punk Records. The band rounded out the year with dates across the U.S., and toured Europe for the first time.

2017 saw Spanish Love Songs become a five-piece after adding Meredith Van Woert on keys, and they put the finishing touches on their sophomore album. In October the digital three-track EP, Buffalo Buffalo, was issued, and while the group continued to hold down their day jobs, they spent the rest of the year touring and building their fan base. After a demo tape of their second album found its way to Anti-Flag's A-F Records, the label offered to put it out, while Uncle M also stepped in to issue the release in Europe. Schmaltz was released in the March of 2018. The band headed out on a major U.S. tour to support the record before returning to play dates across Europe.