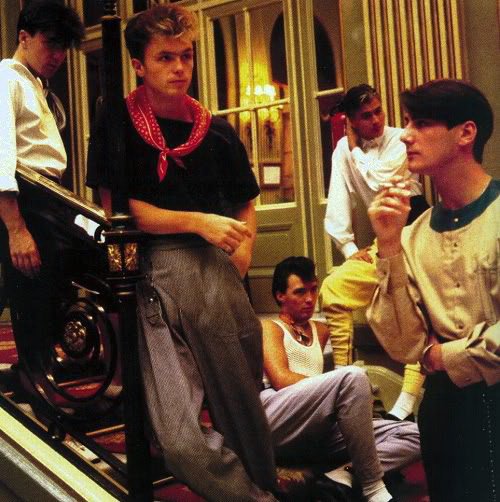 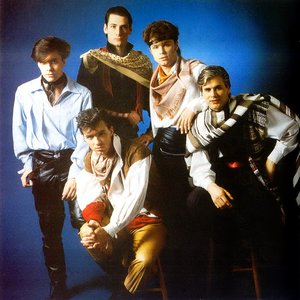 Spandau Ballet are a popular British pop band most prominent during the 80s, at the beginning of which they were forerunners of the British new romantic movement. Its members are singer-songwriter Tony Hadley on vocals, brothers Gary Kemp and Martin Kemp on guitar and bass respectively, with Gary also supplying background vocals, Steve Norman on saxophone, and John Keeble on the drums. Gary Kemp also wrote or co-wrote most of the group's music and lyrics.

Initially formed in 1976 in London, England, they didn't reach a stable line-up or decide on the Spandau name until 1978. Their odd title allegedly came from a piece of bathroom graffiti observed during the members early days. Inspired by a mixture of avant-garde synth pop and slick funk. as typified by their early track "Chant No 1 (I Don't Need This Pressure On)", also known by other titles such as "Chant # 1", the band commercially broke through with an artistic public image as remarked upon as their music. Said track reached the #2 spot in the U.K. and was notable for inclusion of the horn section from the group Beggar & Co, which proved a fruitful collaboration on record.

Spandau Ballet's first two albums, 1981's 'Journeys to Glory' and 1982's 'Diamond', found them also mining their art rock and glam rock roots as their fan-base expanded, the group looking to the works of David Bowie and Roxy Music for inspiration. Both albums charted in the U.K. top 20 and were later certified gold by the RIAA. Additional popular songs from the band in this era include "To Cut a Long Story Short" and "Freeze" (also known as "The Freeze". The group also notably picked up a semi-friendly rivalry with new wave contemporaries Duran Duran.

After four hits in the U.K. followed by a couple of less successful releases, however, Spandau Ballet's chart career appeared to be on the wane. Yet Instinction, re-ignited their fortunes and became the first of eleven consecutive singles to reach the Top 20

Immensely popular in the UK, the New Romantic group eventually mellowed into a mainstream pop act. As with Duran Duran they 'broke America', albeit briefly - the title track of their 3rd album True peaked in the Top 5 of the Singles charts. The song gained a new life in the 1990's and beyond by being sampled in the songs Set Adrift on Memory Bliss by PM Dawn and N Dey Say by Nelly.

After a split in 1990 and a court case almost ten years later involving Hadley, Keeble & Norman suing Gary Kemp over royalties, they announced in March 2009 a reformation.