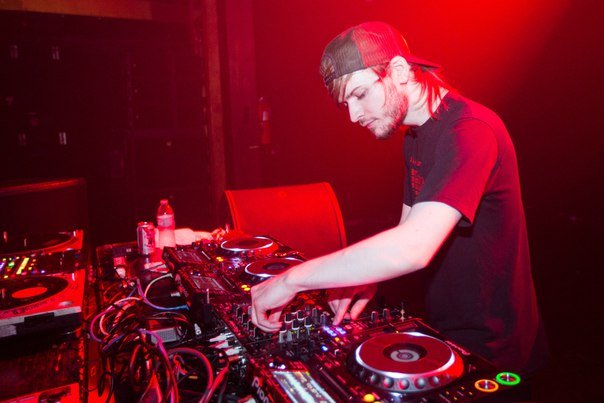 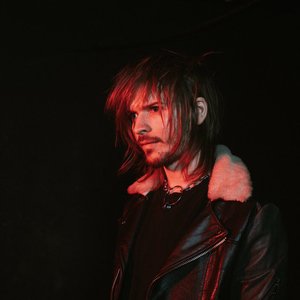 Ian Slider, also known by his alias, Space Laces, is a American dubstep artist, who utilizes heavy use of sound design in his tracks. He gained popularity in 2013 for his collaborations with Excision & Downlink on the Destroid project, however he was famous before he started Space Laces, but instead as cornandbeans.
Ian signed up on the website NewGrounds as user cornandbeans, in which he uploaded a bunch of house and electro songs from 2006 up until 2013. He gained support from various NewGrounds users, being used in various animations and games. Ian also composed the main menu theme for Castle Crashers Online.
In late 2012, Ian started the now abandoned "shelter" project, intended to make ambient hip-hop and other songs. The last song released by shelter was Red Eyes, released in 2013.
In 2010, Ian was getting bored of being a popular person on NewGrounds and wanted to go beyond being a NewGrounds musician, wanting to get into the electronic music industry. He coined the name "Space Laces" and released his first track "Deep Space" on Houserecordings. After that, many small house artists at the time, including LazyRich and Porter Robinson gave support to Ian, helping him grow further. Ian also collaborated with Figure 2 times, a remix of Asser's Evil, and Space Laces remixed Figure's track Torture.

He made remixes for Kroyclub, LazyRich, and other house artists around 2010 - 2012. He didn't get a lot of support until being noticed by Excision in 2012, who commissioned Ian to make a remix of his track "X Rated". He accepted it and the remix was on the X Rated remixes on mau5trap Records. However, around this time, Ian's hard drive corrupted, losing all of his music files.

In 2013, recovering from the hard drive crash, Space Laces, alongside Excision & Downlink created the Destroid project, in which Ian contributed to the tracks "Raise Your Fist", "Wasteland", "Crusaders", "Bounce", "Funk Hole", and "Get Stupid", all released on Destroid Music. He also collaborated with Trap artist Bro Safari on the track "Fang Banger"

In 2014, Space Laces released 2 tracks, one on Rottun Records, and another as a free download on SoundCloud. The free track is called "Dungeons and Dragons", and it is a dirty electro song with melodic points. The one on Rottun Records is "Digital Gansta", a dubstep song that took Ian 2 years to make.

In 2015, Space Laces released the free song "Say It Ain't So" on his SoundCloud, and rumors show that Ian and Snails we're collaborating. Also in early 2015, Space Laces launched the "the wizard of balls" SoundCloud account dedicated to share old demos. One of these demos was a dubstep song from 2013 called "BUGBASS92" which would be completed in 2016. He also collaborated with Excision on the track "Push It Up".

In 2017, Space Laces & Snails collab "Break It Down" was released in July 2017 on OWSLA, featuring Sam King on vocals. Also around that time, Virtual Riot & Getter remixed Throwin' Elbows on the Virus remix package. After that, In December 2017, Space Laces released "Cruise Control" on Never Say Die as part of NSD's Vol. 5 album.

In 2018, Space Laces released 3 new tracks through a span of 3 months, Rumble (with Excision), Torque, and Kaiju. On May 28th 2018, he announced his first EP, Overdrive, to come out on Never Say Die on June 6th. Also on August 3rd 2018, Excision announced his Apex LP, with their new collab "1 on 1" on it, with Rumble also being in the album. At the end of 2018, Ian launched a new series of mixes on Never Say Die called "Vaultage" beginning with 001. It includes various songs that Ian has made for the past 10 years, from oldies like Disco Bloodbath to new songs like Teflon King, it also includes a collab with a producer named WATCH. And at the very end of 2018, Space Laces released his long awaited collab with Finland based producer Topi, called "Whiplash" on Never Say Die Vol. 6.

In 2019, Space Laces released his single, Phone Tap, and at the same time, Skrillex started teasing a collab with Space Laces. Also in the beginning of 2019, Ian released the remixes for Overdrive, featuring SVDDEN DEATH, Gammer, Phiso, Kompany, and Rickyxsan. In September 24 2019, Vaultage 002 was released on his SoundCloud, with more old tracks like Ctrl-C-Ctrl-V VIP and Slime, with new tracks including collabs with Garbage Day, AVIDD, and Phiso.