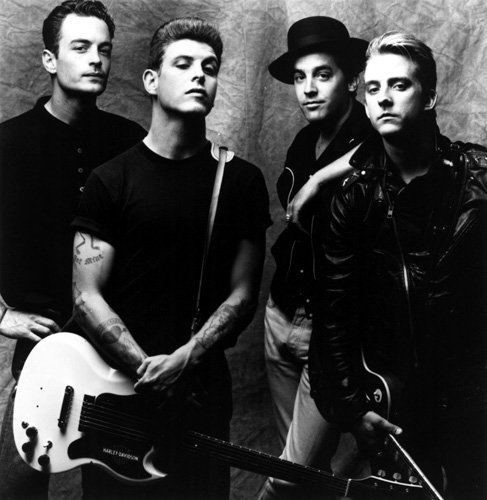 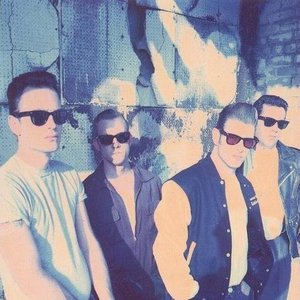 Starting as a hardcore punk band in the late 1970s to the early 1980s, Social Distortion would go on a temporary hiatus in the mid-1980s, due to Ness's drug addiction and troubles with the law which resulted in extended stints in various rehabilitation centers that lasted for two years. Following their reformation, the band has shifted its style to a country, blues and early rock and roll-influenced style of punk. Since its inception, the band's lineup has seen significant turnover, with Ness as the only constant member. After 44 years of performing, Social Distortion continues to tour and record music.

To date, Social Distortion has released seven full-length studio albums, two compilations, one live album, and two DVDs. They released two albums — Mommy's Little Monster (1983) and Prison Bound (1988) — before signing a three-album contract with Epic Records in 1989. Social Distortion rose to fame with their 1990 self-titled third album, which produced their well-known hit singles "Ball and Chain", "Story of My Life", and the cover of Johnny Cash's "Ring of Fire", and was certified gold by RIAA. Many of their later albums, including their second gold record Somewhere Between Heaven and Hell (1992), were also well received. Dubbed by Steven Blush as "the Rolling Stones of hardcore," Social Distortion is considered one of the best-selling and most influential punk rock bands, with more than three million albums sold worldwide. The band's most recent studio album is Hard Times and Nursery Rhymes (2011), and they have spent about more than a decade working on new material their forthcoming eighth studio album.

Social Distortion was formed in 1978 by Mike Ness, inspired by the Sex Pistols and many other British punk bands as well as rock acts such as the Rolling Stones. Aside from Ness on guitar and Casey Royer on drums, early members included Mark Garrett on bass and former Cal State Fullerton basketball player Tom Corvin on vocals. Garrett was succeeded by Rikk Agnew in late 1978. On the origins of the band's name, Royer recalled "Mike was like 15, trying to play guitar but he couldn't. Social Distortion was named for my distortion pedal, which I gave to Mike to play 'cause back then he was no good."

Their early music was composed by Ness with lyrics by Royer and sometimes Corvin, and many songs were retired after only a few performances. After Corvin left in the fall of 1979 to attend graduate school at Bob Jones University, Ness recruited his high school friend Dennis Danell to join the band on guitar even though Danell had never played an instrument before. When Danell was brought in, the other members left as they did not want to wait for him to learn. Before joining the Adolescents in 1980, Royer and Agnew played with Garrett in a separate band named Social Distortion consisting of Royer on vocals, Garrett on bass, Rikk Agnew on drums, and Frank Agnew and Tim Maag on guitars. The band's first real show was in early 1979 at the Cuckoo's Nest nightclub on Placentia Avenue in Costa Mesa, California. Mike and Dennis remained the only constant members for the next two decades with bass and drum members changing every few years. The Adolescents song "Kids of the Black Hole" and Social Distortion song "The Playpen" chronicled this period of the band's history.

Its first single, Mainliner/Playpen featuring Ness on guitar and vocals, Dennis on bass, and Carrot on drums was released in 1981 on Posh Boy, the label responsible for releasing the first singles and albums of many of the local O.C. punk bands. Rodney Bingenheimer of KROQ-FM was responsible for much of the radio play in Orange County, California, that punk received in the early 80s, and took a liking to Social Distortion, releasing the single "1945" on his 1981 compilation album, Rodney on the ROQ, Blood on the ROQ in 1983, and The Best Of Rodney on the ROQ in 1989.

In 1982, the band—now consisting of Ness, Danell (who now played rhythm guitar), Brent Liles on bass, and Derek O'Brien on drums—embarked on their first international tour (US and Canada) with fellow punk band Youth Brigade, a trip chronicled in the punk rockumentary 'Another State of Mind', which was not released until 1984.

The band has consistently used as their logo a skeleton holding a cigarette and a martini glass. It was designed by Mackie Osborne, wife of Melvins frontman Buzz Osborne. It is frequently featured in live performances as well as album covers. The logo came from an invitation to a New Year's Eve party that a friend of Ness' had designed. Said Ness in an April 2011 interview with Rolling Stone: "At the time, I saw that, and it just felt like, 'That's it right there. It's life and death, it's celebration.' It just felt powerful."