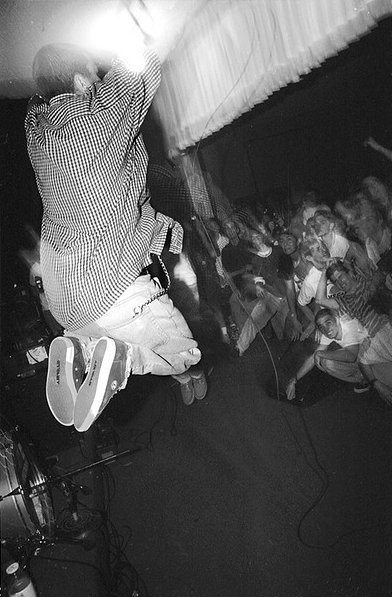 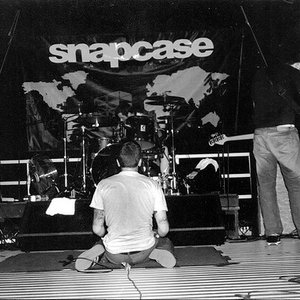 Snapcase is an alternative metal/metalcore band from Buffalo, New York. Their records were released on the Chicago record label, Victory Records.

The band was conceived in 1991, and was originally named Solid State. Orignal line up consisted of Chris Galas (vocals), Scott Dressler (guitar), Joe Smith (guitar), Daryl Taberski (bass), and Mike Kimaid (drums). After the release of their first 7 inch "Comatose", Galas was replaced on vocals by Taberski, Jon Salemi joined and replaced Joe Smith. and Bob Whiteside took over on bass. In 1993, Kimaid left the band and was replaced on drums by Tim Redmond. Their first full length "Lookinglassself" was released in 1993. In 1995, the band released the "Steps" EP. This was the last recording to feature Scott Dressler, who left the band in the fall of 1995. He was replaced by Frank Vicario. In the summer of 1996, "The California Takeover" was released which featured live recordings from Snapcase, Earth Crisis, and Strife.

April 1997 saw the release of "Progression Through Unlearning". The band set out on a summer tour, and featured performances on the Vans Warped Tour. In the fall of 1997, the band took some time off so that members could pursue education. In 1998, the band resumed touring, and was the opening band on the fall tour of the Deftones. A split EP was released in the summer of 1999 with Boy Sets Fire. These were the last recordings with bassist Bob Whiteside. He was replaced by Dustin Perry, formerly of the Minnesota band Threadbare. They headlined Hellfest that summer in Syracuse, NY.

"Designs For Automation" was released in January 2000. They spent most of 2000 on tour, and performed on the Deconstruction tour in Europe with NOFX, played the main stage of the Vans Warped Tour in the summer. Ben Lythberg began playing drums for the band during the fall, winter and spring while Redmond finished his masters degree.

In September 2002, "End Transmission" was released. Redmond left the band and was replaced by Lythberg. They toured that fall with Boy Sets Fire and Atreyu. The final European tour was in early 2003. They opened for Bad Religion and Finch in the spring of 2003. "Bright Flashes" was released in November 2003. This featured songs that were recorded for End Transmission, along with covers of songs by Helmet, Devo, and Jane's Addiction along with 3 remixes of songs from End Transmission. One of the album's songs, Skeptic, was featured on the game Need for Speed Underground 2 as in-game music. The band announced in the fall of 2004 that they would be disbanding, and would play their final show in January 2005 in Buffalo, NY. The final show featured appearances by almost of every member who had ever played in the band. Redmond, Dressler, and Whiteside joined Salemi and Taberski for a performance of the song 'Lookinglasself", and orignal vocalist Chris Galas joined them for the song "Comatose".

The band claimed to have been on "a mission to combine intellectual theory with aggressive music". The members of the band are all straight edge, but according to Frank Vicario, they're "not really singing about it or promoting it".

After Snapcase dissolved, Vicario, Perry and Lythberg formed the band Attractive, with Josh English from the band Sixgoingonseven.

A retrospective DVD is set for release in 2007, and will feature footage filmed at their final performance in January 2005.

In early 2010, Snapcase confirmed to play a series of shows in Europe including a performance at the 2010 Groezrock Festival in Belgium and also confirmed a reunion show with Sick of It All in Buffalo, N.Y., for May 8, 2010.