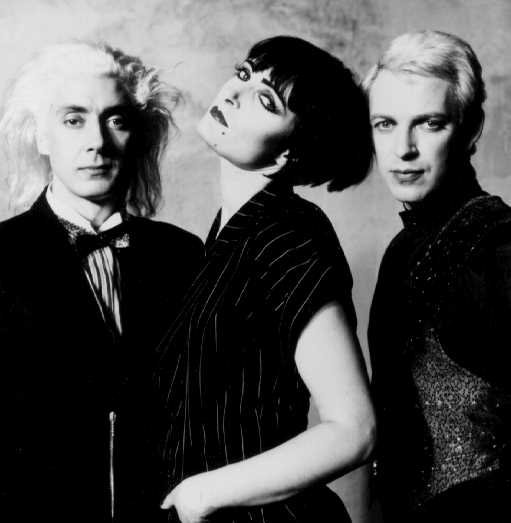 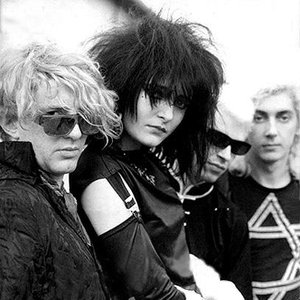 Siouxsie and the Banshees was an influential English rock band which formed during 1976 in London. Initially associated with the British punk rock scene, the band quickly evolved to create, "A form of post-punk discord full of daring rhythmic and sonic experimentation." The Times would also cite Siouxsie and the Banshees as, "One of the most audacious and uncompromising musical adventurers of the post-punk era." After their split in the year 1996, Siouxsie and drummer Budgie continued to record music as the Creatures duo, which they had formed in the early 1980s as a side project. In 2004, Siouxsie began her solo career.

Their first single "Hong Kong Garden" reached the top ten in the UK in the summer of 1978. Their debut full-length The Scream (1978) is today considered as a classic. NME wrote in its review, "The band sounds like, some unique hybrid of the Velvet Underground mated with much of the ingenuity of Tago Mago-era Can, if any parallel can be drawn… certainly, the traditional three-piece sound has never been used in a more unorthodox fashion with such stunning results." Indeed, "Switch" placed Siouxsie and the Banshees as pioneers of the post-punk movement.

Their sophomore Join Hands (1979), perhaps their darkest record, followed up. Guitarist McKay and drummer Morris had left the band shortly after its release. This change allowed Siouxsie the Banshees to play different music. They recruited drummer Budgie and the gifted John McGeoch, formerly of Magazine, who would play guitars on the three following records. McGeoch's work with Siouxsie the Banshees would later be praised by the likes of Radiohead and the Smiths.

Their third record Kaleidoscope (1980) released. Including tracks "Happy House" and "Christine", showed a brand new musical departure with liquid guitars and atmospheric synthesizers. This eclectic record was a success and it reached the top five in the national UK charts. One year later, fourth full-length Juju (1986), with the vibrant "Spellbound", was yet another success for the band.

The last session McGeoch recorded with Siouxsie and the Banshees was for the "Slowdive" single off the classic A Kiss in the Dreamhouse (1982). The British press greeted this fifth release enthusiastically. NME wrote on its review, "I promise. This music will take your breath away." McGeoch, worn out by the recording process of these songs, was hospitalized on his return from a promotional trip to Madrid, Spain. At the same era, Siouxsie and drummer Budgie formed the Creatures to record music more based on percussion.

In late 1982, McGeoch was replaced by famed Robert Smith, from the Cure. Smith became a full-time member between the years 1982 and 1984. He contributed to the classic live album, and later would be DVD, Nocturne (1983) and to the sixth studio album Hyaena (1984) as co-composer.

Guitarist John Valentine Carruthers, from band Clock DVA, replaced Smith in May, 1984. He played on the successful seventh full-length Tinderbox (1986), which included the first hit single of the band in the US, "Cities in Dust". The following covers album Through the Looking Glass (1987) with "This Wheel's on Fire", allowed the band to broaden up their sound.

Following a lengthy break, the rest of the band recruited another, new guitarist Jon Klein, from Specimen and the multi-instrumentalist Martin McCarrick to record ninth studio Peepshow (1988). The hit single "Peek-a-Boo" was considered as avant-garde for its abrasive sounds.

After the most impressive tour of their career, Siouxsie and the Banshees stopped for a while and then the Creatures reappeared with critically acclaimed sophomore Boomerang (1989). One of the most languorous songs from this record, "Killing Time", was covered live by Jeff Buckley a few years later.

In May 13th, 1991 Siouxsie the Banshees returned with the single "Kiss Them for Me", mixing the Beatles strings over a dance rhythm. This track peaked in the US singles charts at number 23, allowing them to reach a new audience. Melody Maker praised the last two studio albums by the band, Superstition (1991) and The Rapture (1995). The latter, partially produced by John Cale, included the swansong "Forever".

Morrissey later recorded a duet with Siouxsie titled "Interlude". This one, off-single was published under the banner of the two artists' names. After 20 years together, Siouxsie and the Banshees split in April, 1996. Siouxsie and Budgie thet announced that they would carry on recording as the Creatures. They released their third studio Anima Animus (1999) to critical acclaim.

The box set Downside Up (2004) was released, compiling 51 unreleased B-sides and the highly praised out-of-print The Thorn EP. Most of these numbers like, "Something Wicked (This Way Comes)" and "Red over White", are considered by fans as 'classics.' After carrying on recording as the Creatures, Siouxsie released her debut solo Mantaray (2007). The record was hailed by both Pitchfork and Mojo.

Influence on Other Artists

Siouxsie and the Banshees have influenced musicians worldwide across many genres.

The band had a strong impact on Trip Hop acts such as:
* Tricky covered "Tattoo" to open his second solo album Nearly God. Here's his version: Tattoo. The original version of "Tattoo" was recorded in 1983 and is available on the Banshees Downside Up box set.
* Massive Attack covered and sampled the music of Metal Postcard on their song "Superpredators (Metal Postcard)" for the movie soundtrack The Jackal.

Siouxsie and the Banshees also inspired the following artists :
* LCD Soundsystem covered "Slowdive" for the cd-single "Disco Infiltrator". Here's the original Slowdive and the LCD Soundsystem version Slowdive (XFM session)
* Jeff Buckley covered live a Siouxsie / The Creatures song called 'Killing Time' originally composed in 1989 on the album Boomerang. Here's the original Killing Time.
* Morrissey stated this in 'GQ' in 1994 : "None of them are as good as Siouxsie and the Banshees at full pelt. That's not dusty nostalgia, that's fact."
* The Smiths guitarist Johnny Marr from The Smiths stated on the BBC radio 2 in february'2008 that he rated very high McGeoch for his work on Spellbound.
* Garbage singer Shirley Manson wrote in the foreword of the official Siouxsie and the Banshees biography in 2003 by Mojo magazine journalist Mark Paytress : "I learned how to sing listening to The Scream and Kaleidoscope."
* Radiohead bassist Colin Greenwood claims that while recording their song "There There", producer Nigel Godrich tried to get guitarist Jonny Greenwood to sound like the Banshees' John McGeoch.
* PJ Harvey selected in her top ten favourite albums of year 1999 : Anima Animus by The Creatures. aka Siouxsie.
*Jane's Addiction guitarist Dave Navarro also makes a parallel between his band and the Banshees in Siouxsie's official biography: "There are so many similar threads : melody, use of sound, attitude, sex-appeal. I always saw Jane's Addiction as the masculine Siouxsie and the Banshees."
*The Beta Band sampled the bridge of Painted Bird on their track Liquid Bird from the Heroes to Zeros album.
*Red Hot Chili Peppers covered Christine live at the V2001 festival. In 2002, their guitarist John Frusciante stated in an article featured on Total Guitar Magazine about Banshees guitarist John McGeoch : "He’s just a great guitar player, full stop. I wanted to listen to these people who weren’t just about technique but more about textures. People like John McGeoch. People who used good chords." also declaring that John McGeoch was an influence for the sound on the Red Hot Chili Peppers album By The Way.
*The Mars Volta covered Pulled to Bits (Live At The Royal Albert Hall) for the 'Wax Simulacra' single.
*Arcade Fire singer Win Butler suggested to the band Devotchka to cover the 1988 Siouxsie song : The Last Beat Of My Heart. One can listen to the Devothcka version on their Curse Your Little Heart ep.
* The Cure leader Robert Smith declared in 2003 in Mark Paytress's Siouxsie biography : "Siouxsie and The Banshees and Wire were the two bands I really admired. They meant something." He also pinpointed what the Join Hands tour brought him musically. "On stage that first night with the Banshees, I was Blown away by how powerful I felt playing that kind of music. It was so different to what we were doing with The Cure. Before that, I'd wanted us to be like The Buzzcocks or Elvis Costello, the punk Beatles. Being a Banshee really changed my attitude to what I was doing." He also talked about the band to Steve Sutherland in 1985 to describe "The Head On the Door" : "It reminds me of the Kaleidoscope album, the idea of having lots of different sounding things, different colors."
*U2 selected Christine for a compilation made for Mojo and The Edge presented an award to Siouxsie at a Mojo ceremony in 2005.