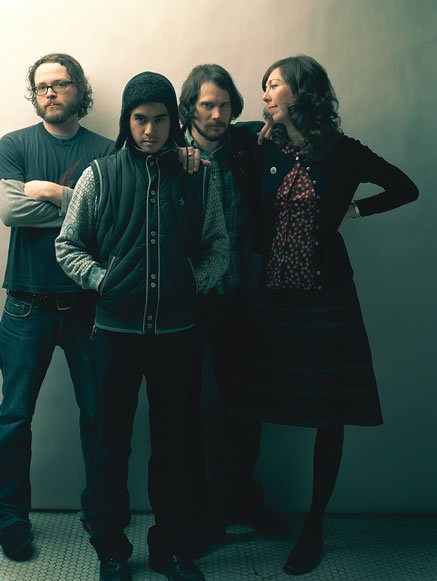 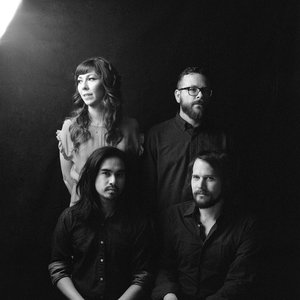 The name Silversun Pickups refers to a liquor store across the road L.A. rock-scene hang Silverlake Lounge. One of the band’s friends would often arrive at the store late at night to buy liquor, and would be as such making the "Silversun Pickup".

Silversun Pickups have been compared to The Smashing Pumpkins (possibly due in part to Brian Aubert's vocal style) and 90's shoegazing bands like My Bloody Valentine, Lush, Ride, and Slowdive. Silversun Pickups claim they have been heavily influenced by Modest Mouse and The Velvet Underground as well as other lesser-known acts.

Their first break came when a friend mailed a boombox demo to CMJ and they were accepted. They got their start in many of the most important L.A. clubs and began to draw a strong following upon the release of the Pikul EP. This culminated in frequent touring, including a co-headlining stint with Viva Voce.

The band finished a three-week tour opening for Australian rockers Wolfmother on December 9, 2006, and have toured with OK Go and Snow Patrol on their U.S. spring tour, which ended on April 10, 2007. The Pickups played at the Coachella Music Festival in Indio, California on April 27, 2007.

The band supported Foo Fighters, along with Nine Inch Nails on August 21st 2007 as part of the 'T on the Fringe' music festival in Edinburgh, Scotland, and then on the 22nd in Marley Park, Dublin, Ireland. They also performed at the Carling Reading and Leeds festivals on the 25th/26th August 2007 and supported Kaiser Chiefs on their Autumn European tour and Snow Patrol on their tour of Australia (with Paolo from Snow Patrol joining them regularly to play guitar on Lazy Eye and Nikki guesting on vocals for Snow Patrol's Set The Fire To The Third Bar onstage). On some of these dates the band have been covering Joy Division's Shadowplay and Bjork's Big Time Sensuality, both of which have been recorded for web or radio sessions.

The second full studio album, entitled "Swoon", was released 14th April 2009 in both the US and UK.

In early 2010, they supported the UK anthem-rock superstars Muse for several of their North American dates for The Resistance tour.