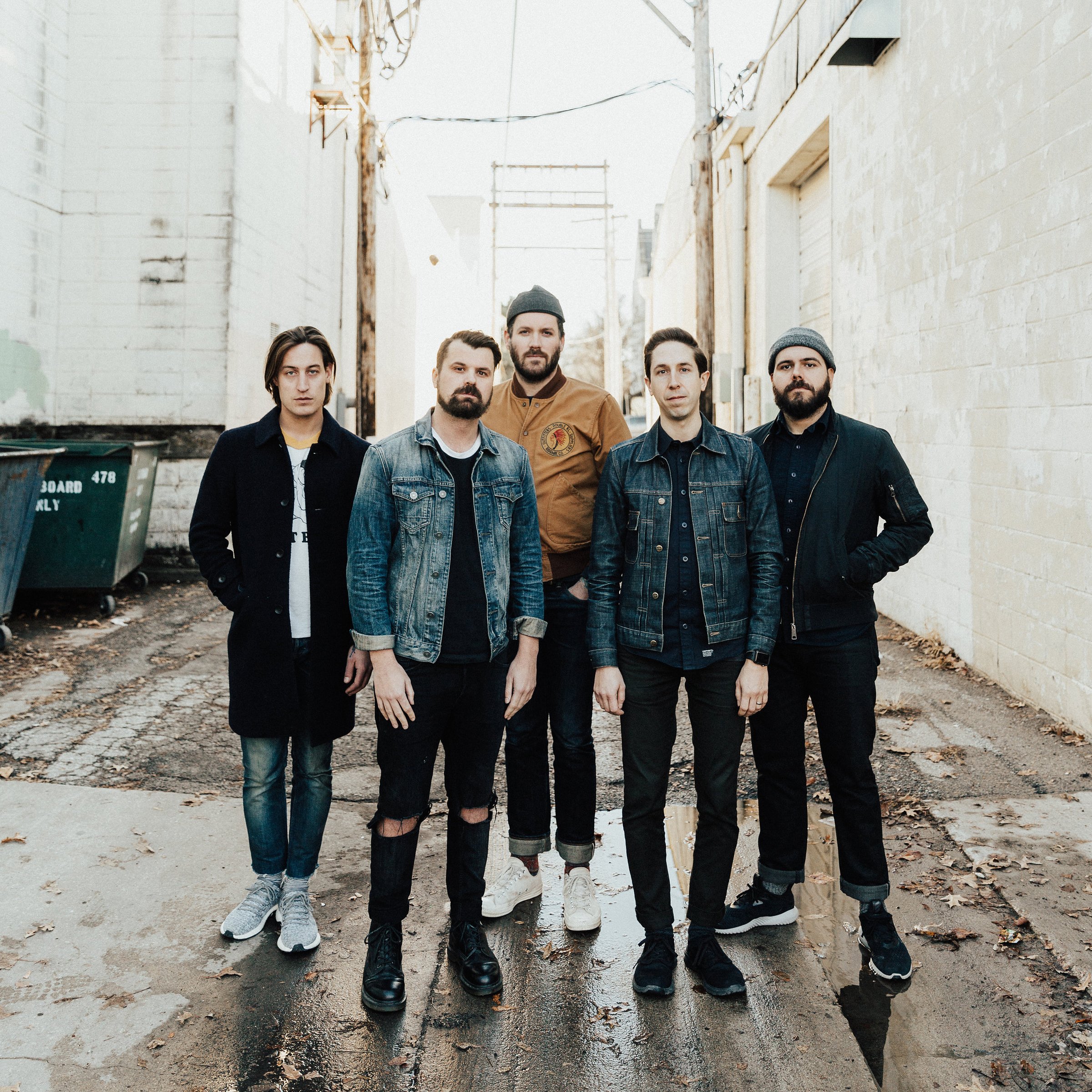 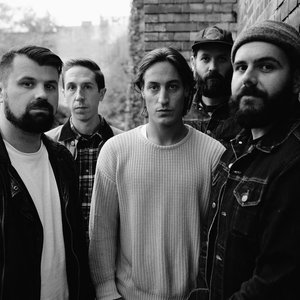 Silverstein is a 5-piece post-hardcore band from Burlington, Ontario, Canada; formed in 2000. The band name was taken from the famous children's author Shel Silverstein.

After several lineup changes, the band acquired Billy Hamilton, a local fan who learned of the band's need for a bassist on the Internet message board "The 905 Board" (an Ontario area outreach board which used to be for local musicians). In Christmas of 2001, he joined the band after Shane Told helped him learn the music for the songs. Following a rehearsal on Boxing Day (December 26) in 2001, he officially debuted with Silverstein. The next spring, original guitarist Richard McWalter left the band to move to Victoria, British Columbia to study engineering. He was then replaced by Neil Boshart, childhood friend of Shane Told. The new lineup recorded a second EP, When the Shadows Beam, in preparation for their first tour in Eastern Canada.

The band then signed to Victory Records in October of 2002 with a complete lineup as Hamilton attempted to complete his secondary education one semester early. The January after, the band recorded their full-length debut CD When Broken Is Easily Fixed, released on the Victory Records label.

In August 2005 the band's second studio album, Discovering the Waterfront, was released through Victory Records. It was the first album to be produced by Cameron Webb, and marked the beginning of a long relationship between the band and the American producer. It also marked a shift in sound from When Broken Is Easily Fixed, with faster paced and more energetic songs, and with the band also incorporating more punk rock aspects into their music. Told's clean and unclean vocals had matured since their previous effort. Discovering The Waterfront opened the band up to a wider audience, with the music video for the first single "Smile in Your Sleep" receiving airplay on stations such as FUSE and IMF. The album sold 26,229 copies in its first week.

The band's third full-length album, Arrivals And Departures, was released on July 3, 2007, and was designated by AP Magazine as one of the most eagerly anticipated CDs of 2007. Mark Trombino (Jimmy Eat World, Blink-182, Finch) produced the CD. The album sold 27,000 copies in its first week. Silverstein also contributed a new acoustic version of their song "Red Light Pledge" to the Punk Goes Acoustic 2 compilation, released May 8, 2007 through Fearless Records.

On December 14, 2008, the band announced by Myspace bulletin that their fourth album would be released by March 31, 2009. The name of the new album, A Shipwreck in the Sand, was announced on January 29, 2009, when the band concluded a viral marketing campaign by announcing the track listing via an album website, also revealing it would be a concept album. Along with the demo of "Broken Stars", which the band had been performing during their final U.S. tour in support of "Arrivals and Departures", short clips of the songs "Vices", "Born Dead" and "American Dream" were made available on MySpace On March 17, the band filmed a music video for "Vices" with director Robby Starbuck. Later, on March 23, 2009, the band posted the full album to stream on their official MySpace page.

A Shipwreck in the Sand was released on March 31, 2009 and sold nearly 17,000 copies in its first week. The iTunes version of the album includes four bonus cover songs, "Help!" (The Beatles cover), Go Your Own Way (Fleetwood Mac Cover), Three Miles Down (Saves The Day cover), and Total Bummer (NOFX cover).

On November 15, Silverstein announced on Facebook that they have signed with Hopeless Records in the USA/Europe/Japan and with Universal Music in Canada. They also said that a new EP entitled Transitions will be released December 7 and will feature two songs from their new album coming out next year as well as three additional b-sides. In response to a fan on Tumblr, Shane Told described the new music as "a cross between Discovering the Waterfront and A Shipwreck in the Sand". On December 3, 2010, the band posted the first single, Sacrifice, off of the new EP. On February 9, 2011, Silverstein confirmed on their Facebook and Tumblr that their new album will be called Rescue. On February 15, 2011, the band posted the album artwork for Rescue on their official Facebook page. On February 19, 2011, 89X Radio aired a new song from the band named "Burning Hearts". On February 22, 2011, in response to a fan on Facebook, the band stated that they were not releasing a traditional lead single from the new album, and that they had made three music videos so far. They then went on to state that the new record has "tons of screaming and breakdowns". The album, Rescue, was released on April 26, 2011. Silverstein has also recorded a song featuring Ryan Key of Yellowcard called "Stay Posi" (Stay Positive) for the Take Action! Vol 10. Compilation.

On October 17, 2011, the band posted a new video on their YouTube channel about an upcoming release. They announced that are in process of recording a new album called Short Songs with producer Jordan Valeriote, scheduled for release on February 7, 2012. They also said that the EP will contain 22 songs under 90 seconds with half songs being covers of punk songs that influenced them. Silverstein contributed a cover version of "Runaway", originally recorded by Kanye West, to the Punk Goes Pop 4 compilation album, released in November 21, 2011. On December 1, 2011, the band streamed two songs off Short Songs, "SOS" and "Brookfield", as well as their covers of Green Day's "The Ballad of Wilhelm Fink" and NOFX's "It's My Job to Keep Punk Rock Elite" on PunkNews.

On the SHORT TOUR, the band began announcing that they would have a new album in 2013. On September 25, 2012, the band announced that Neil Boshart was no longer a member of the band, after 11 years together. He was replaced by former I Am Committing A Sin guitarist Paul Marc Rousseau. Told later revealed that Boshart's replacement was due to many years of growing apart, stating there was very little contribution to Short Songs from Boshart.

On November 26, 2012, the band announced that their seventh studio album would be titled This Is How the Wind Shifts and would be released on February 5, 2013. A few hours later they also released the first single, titled "Stand Amid The Roar". On January 15, 2013 the band released the lyric video for the song "Massachusetts" from their seventh album.

The band's eighth studio album I Am Alive In Everything I Touch was released on May 19, 2015. Coinciding with the album's announcement, Silverstein released a music video for the track "A Midwestern State of Emergency." On March 4 the band released the second single from the album, Milestone, with a lyric video to accompany the release. On March 16, 2016, Silverstein released the third music video from the album, "The Continual Condition." Later, on July 27, 2016, they released a music video for "Toronto (Unabridged)".

On October 13, 2016, Silverstein announced the streaming "Ghost" on SiriusXM. Later that day, they released the music video on YouTube and the song on iTunes. Silverstein said on social media that the upcoming studio album will be released in 2017. On Thursday, May 18, 2017, Silverstein released the second single from the record, "Retrograde", as well as announced the track listing and title of the record, "Dead Reflection", which was released on July 14, 2017. Dead Reflection was released worldwide on July 14, 2017.