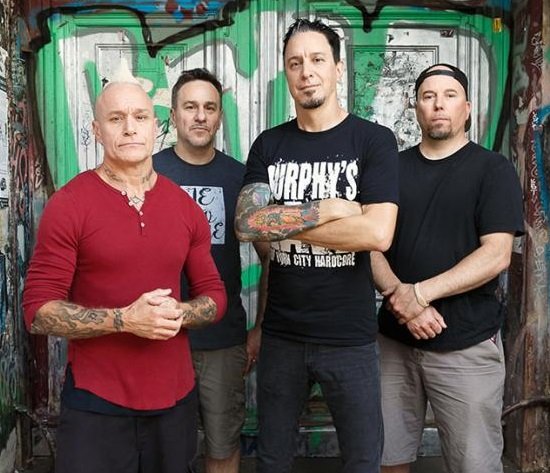 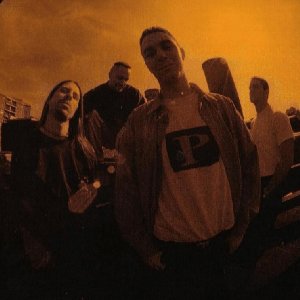 Sick of It All

After debuting on Century Media Records in 2006 with the critically acclaimed 'Death To Tyrants' album and celebrating their 20th anniversary in the same year, SICK OF IT ALL certainly deserve being labelled a “living legend”, and still prove that classic New York hardcore is alive and kicking! With a career spanning 20 years and hundreds of thousands of albums sold worldwide, the band’s highly anticipated new album 'Based On A True Story' will add an exhilarating new chapter to the SICK OF IT ALL legend.

Doubtlessly the band’s hardest hitting effort to date, 'Based On A True Story' easily meets the high quality of its predecessor and offers tons of soon-to-be-classic hardcore hymns like 'Dominated', 'Long As She’s Standing', 'The Divide' and 'Lowest Common Denominator. It features the most catchy and powerful material the band has ever written. It’s astonishing to see the band still boiling with rage at a world gone wrong and successfully transforming this natural and honest aggressiveness into hardcore hits. Two decades of experience as skilful songwriters, endless touring, plus an undying hardcore spirit make SICK OF IT ALL anno 2010 sound stronger and more determined than ever. 'Based On A True Story' is undeniable proof that the quartet is simply unstoppable and unrivalled within the hardcore scene in terms of quality and sheer impact.

Formed during 1986 in Queens, the band released their first self-titled EP on Revelation Records and began to accumulate a strong local following by playing famous clubs like CBGBs ('A Month Of Sundays' actually pays tribute to these glorious days at this legendary venue). Soon after, the band released their first full-length record 'Blood Sweat And No Tears' on In-Effect Records. Often revolving around politics, social injustices and life on the streets of New York, the band wore their heart on their sleeve and made no apologies, often including threads of positivity. When their second album 'Just Look Around' was released in 1992, it was a benchmark for the band and the New York hardcore scene, and kicked off their globe-trotting expansion with tours in Europe, South America and Japan. They released their breakthrough album 'Scratch The Surface' in 1994 on Atlantic, followed by the seminal album 'Built To Last' in 1997. After releasing three albums on Fat Wreck Chords, as well as a live album and a collection of rarities, the band took on the challenge to push themselves further. 'Death To Tyrants' was the band’s first cooperation with Century Media and was mixed by renowned metal producer Tue Madsen (The Haunted, Heaven Shall Burn, Dark Tranquillity,) adding a refreshingly heavy edge to the band’s trademark NYHC sound. 'Death To Tyrants' was extremely well received by media and fans alike and followed up with three years of relentless touring.

The new album was also recorded with Tue Madsen, this time at Starstruck Studios in Copenhagen in Copenhagen, Denmark, resulting in a massive metallic heaviness which increases the punch and drive of the new opus. Craig Ahead (bass) comments: “The end result of our three and a half weeks in the studio is something that we are all very proud of. An album that is pure SICK OF IT ALL and will stand up against any of our previous work and I believe raises the bar to a new standard. I hope you enjoy our offerings. We look forward to its release so we can again stomp the world. See you on tour!“ To walk the talk, the band plays a European tour with Dropkick Murphys in January/February 2010, followed by a UK run with AFI in April. More festival shows and touring activities are in the works.

'Based On A True Story' is another sonic statement that SICK OF IT ALL are an institution of hardcore. Their longevity and conviction has kept the band’s reputation untarnished and legendary. As Metal Hammer (UK) puts it: “SICK OF IT ALL – despite their ever-increasing age and fierce competition – are still the finest spokesmen for hardcore’s social conscience and values”, and this new release will allow them to maintain this leading position for many years to come!