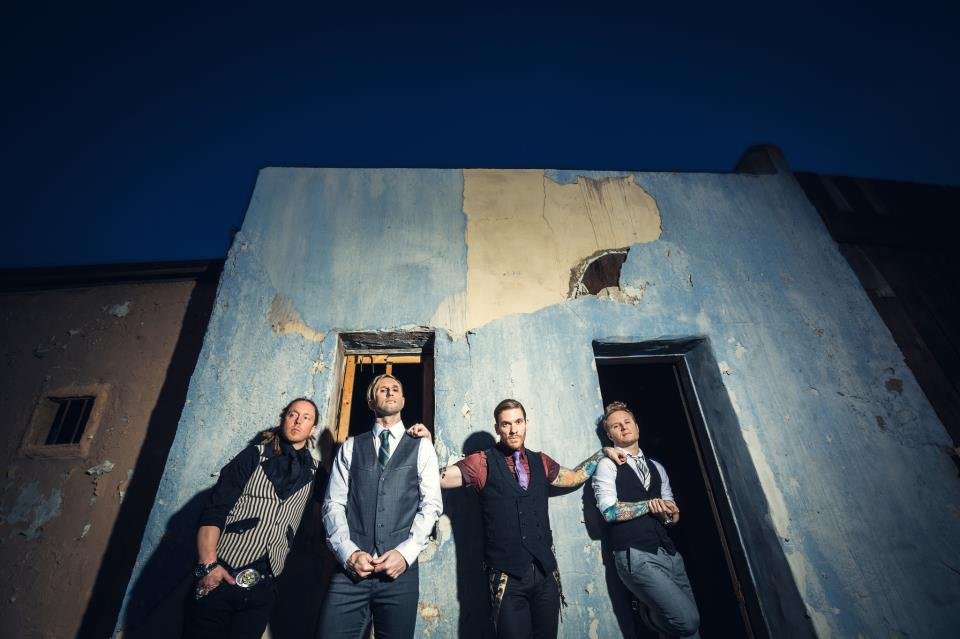 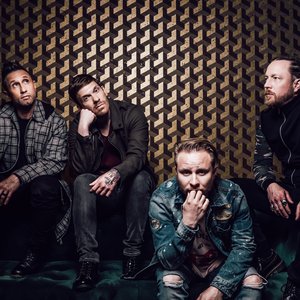 On July 13, 2003, the band released their debut album Leave A Whisper. The album sold the popular singles "Fly From The Inside" and "45". Leave A Whisper was re-released on June 15, 2004, to capitalize on the strength of a new single: A cover of Lynyrd Skynyrd's "Simple Man". This song is often dedicated to their friend Dimebag Darrell who died in 2004. The re-release also featured an acoustic version of "45", and a new mix of "Burning Bright", which was to be the fourth single from the album. During 2004, the band notably opened for Van Halen. On September 21, 2005, Leave A Whisper was certified as gold. On August 23, 2005, the band released a live DVD called Live From The Inside that contained a full-length Shinedown concert held at the House Of Blues in Myrtle Beach, South Carolina.

On October 4, 2005, the band released their second album called Us And Them, backed by the single "Save Me". Save Me maintained a #1 position on active rock charts for twelve weeks. The song became the theme song for WWE No Mercy 2005. The follow-up single, "I Dare You", also did respectably, and became one of the theme songs of WWE's WrestleMania 22 and was also performed on American Idol by Chris Daughtry. There are currently three versions of Us And Them: the regular thirteen-track version, a limited edition with three bonus acoustic tracks, and a store-specific edition with two bonus tracks: "Break" and "Carried Away". In 2006, the band co-headlined the SnoCore Tour with Seether, Flyleaf, and Halestorm, which was followed by the Equinox Tour in which Shinedown co-headlined with Trapt. Shinedown played their first overseas concert at the London Astoria on June 6, 2006, supporting Alter Bridge. In the late summer of 2006, the band opened for Godsmack and Rob Zombie on their North American Tour.

On December 12, 2006, Shinedown played in Knoxville, Tennessee at The Tennessee Theatre which was filmed for an upcoming DVD the band was expected to be releasing later this year (2007). However, after a recent show, Waukesha, WI, July 21, 2007, the band made it known that the DVD was scrapped by Atlantic Records.

The band began recording their new album in Los Angeles on September 20, 2007. Their first single, Devour, was released on May 20, 2008, and has proven a successful single, with it charting in the Top 10. The video for the song was released on June 25, 2008. On June 17, 2008, the album in it's entirety was put up on their MySpace page for listening. Shinedown's third album, The Sound of Madness, was released on June 24, 2008. The band is currently playing various festivals across North America before embarking on a tour in support of the new album.

Regarding the upcoming album, lead singer Brent Smith was quoted in an interview with Billboard.com as saying; "It's time to just go over the top, literally go above and beyond what a human being thinks they're capable of recording. We want to do a huge hard rock record that has a lot of crossover potential, but also some of the most insanely intense and heavy material that this band has ever tried - and see if we can pull it off." Smith noted that the group had more than forty songs to consider after writing sessions in Atlanta, Nashville and Los Angeles, but this was narrowed down to eleven songs for the standard album, and 14 songs for the deluxe edition.

In 2007 and 2008, Shinedown had some lineup changes with Brad Stewart and Jasin Todd leaving the band and Zach Myers*, Nick Perry, and Eric Bass joining the band.

*Zach Myers was touring guitarist from 2005-2007 and performed as bass guitarist during the recording of The Sound of Madness.

Shinedown performed free concerts at numerous state fairs across the US between June and September of 2009.

According to the Bully Songfacts, the lead single from Shinedown's fourth studio album, Amaryllis, is titled "Bully." It is the first new music to be heard from the Florida-based hard rockers since all six singles from The Sound Of Madness topped the rock radio chart. The song was released on January 3, 2012.