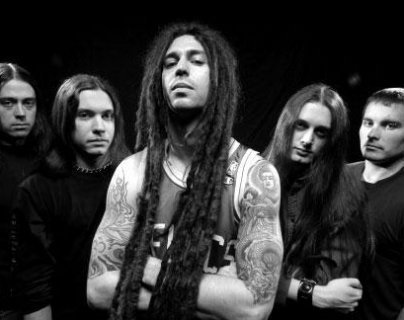 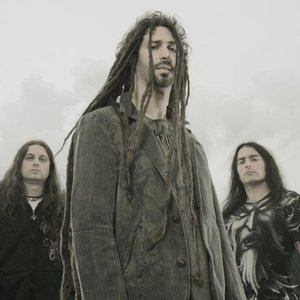 Shadows Fall formed in 1996 in Springfield, Massachusetts and rose up as a prominent member of the bustling Massachusetts metal and hardcore scene that has recently produced bands such as Killswitch Engage, All That Remains, and Unearth. Guitar duo Jonathan Donais and Matt Bachand got together in '96 and had the original lineup complete within a year. These members were vocalist Philip Labonte, now with All That Remains, bass player Paul Romanko, and drummer David Germain.

Music from Shadows Fall's early days can be compared to metal legends such as Metallica, Slayer, and Iron Maiden as their songs relied heavily on the start-stop tempo changes made famous by the aforementioned bands. The band also had a lot of death metal influences at the time. They began touring the New England area and eventually were able to obtain open slots for acclaimed metal bands such as Fear Factory and Cannibal Corpse. In 1997, the band released its first full length album, Somber Eyes to the Sky, on Matt Bachand's own Lifeless Records. This however, would be the only album the band would record with Labonte. He was replaced by current vocalist Brian Fair in 1998.

The band signed with the prominent underground metal record label, Century Media in 1999. Early during the following year, Shadows Fall released Of One Blood. Their sound was a still mixture of thrash, death metal, and hardcore with a little more hard rock influence thrown in due to the entry of the Brian Fair. Shadows Fall released their critically acclaimed album The Art of Balance in the year 2002 after going through another lineup change, this time replacing drummer David Germain with present drummer Jason Bittner.

The band really broke through when it acquired a slot on Ozzfest's second stage in 2003. The band's fanbase grew largely while touring the famed metal festival. As a result of the enlarged fanbase, their next effort, The War Within, released in 2004 broke in at #20 on the Billboard Top 200 and went on to sell over 300,000 copies. The band released a collection on B-sides, covers, and reworked tracks entitled Fallout from the War in 2006.

Shadows Fall, now more than a decade old as a band, signed to Atlantic Records and released their major label debut, Threads of Life, in 2007. The album, an all-out thrasher with beautiful acoustic passages littered here and there, erased any doubts that this band would fall by the way side under major label pressure.

The band released it's sixth full length album, titled Retribution on September 15, 2009 on the the band's own label, Everblack Industries through Warner Bros. The band continues with it's melodic thrash influenced attack here, again utilizing vocals from multiple members and the harmonized leads along with thrashy rhythm guitar work.

Shadows Fall released their seventh full length album, titled Fire From The Sky on May 15, 2012 through Razor & Tie. The Fire From The Sky Songfacts states that though not a concept record, a doomsday theme does link the songs together. The band moved in a bit heavier direction for this album when compared to their most recent work.