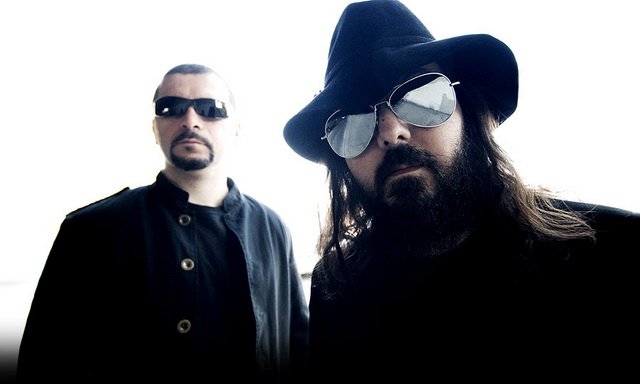 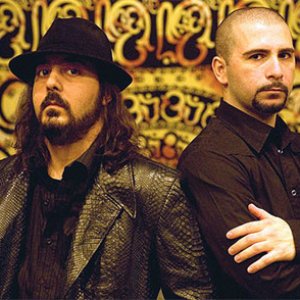 Scars on Broadway is an alternative metal/experimental rock band which formed in 2003 in Los Angeles, California, United States. The band is a side project of Daron Malakian, co-vocalist and guitarist from System of a Down. The band's second album "Dictator", credited to Daron Malakian and Scars on Broadway, was released on July 20, 2018.

The first song released for the public to listen to was 'They Say' on the 28th March 2008 via the band's website, http://scarsonbroadway.com, and MySpace.

On December of 2005, Malakian said in an interview that he "could release ten solo records tomorrow.". He also said, " I have tons of material laying around. After these albums," (Mezmerize and Hypnotize) "I'm gonna go off to learn how to brain and do something on my own, just like Serj. And no, System of a Down is not breaking up. We're just gonna do like KISS and put out our own solo records."

"Ghetto Blaster Rehearsals" (2003) was supposedly a leak of new Scars on Broadway material, but in a 2007 letter, Daron announced on his website that these tracks weren't in any way affiliated with the current Scars on Broadway and that the music is from an unnamed disbanded project from four years ago (featuring Casey Chaos on vocals).

The band's website featured a countdown timer, counting down to 15:00 PST of March 28, 2008. Additionally, above the timer, in quotation marks was the phrase "They say it's all about to end." When the countdown ended, the song "They Say" was made available on the site. The song is also available for listening on the band's official MySpace page.

Scars on Broadway played their first live show April 11, 2008 at the Whisky a Go-Go in Los Angeles, CA. They have also confirmed to be playing with Metallica at KFMA Day 2008 in Tucson, AZ. On January 22, 2008 Scars on Broadway were announced to be performing at the Coachella Valley Music and Arts Festival on April 26, 2008. On May 17th of that year, the band also performed at the sixteenth annual KROQ Weenie Roast, along with Atreyu, Bad Religion, Flobots, Flogging Molly, Metallica, The Offspring, Pennywise, The Raconteurs, Rise Against and Seether.

On May 2, 2008, Scars announced on their official website that their debut album, Scars on Broadway, was to be released on the 28th and 29th of July.

In late 2008, the band entered a hiatus, with Malakian citing a lack of enthusiasm and "his heart not being into touring", as the primary reasons for the band's cessation. In April 2010, the band ended its hiatus, announcing a gig which will take place at The Troubador, Los Angeles on May 2, 2010.

On January 11, 2012 it was announced that they are currently recording their sophomore album and it is expected to be released sometime in the Fall.
On September 12, 2012 It was revealed that an EP will also come out, sometime around the release of their second album.
On September 22, 2012 Scars on Broadway performed at the Epicenter Festival in Irvine, Ca.