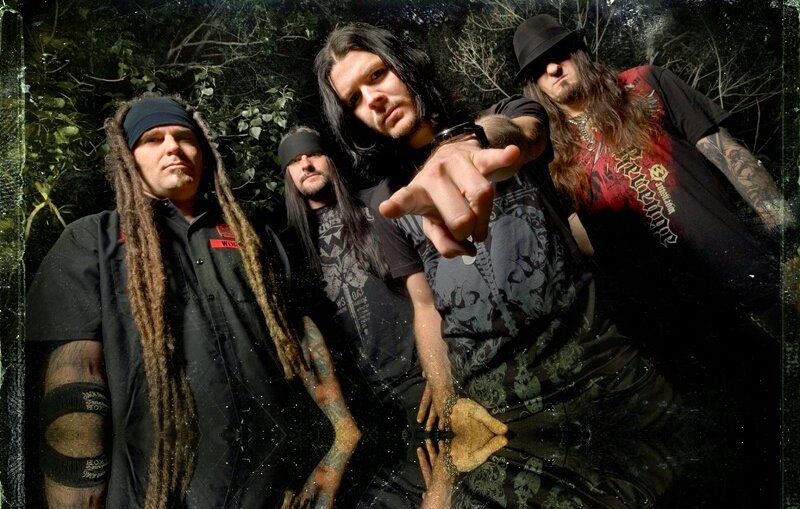 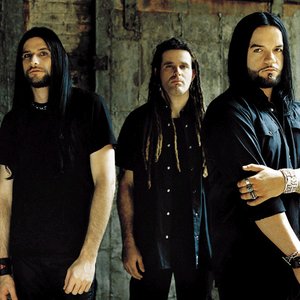 Saliva was originally founded in Memphis, Tennessee in September 1996. After competing in the National Academy of Recording Arts & Sciences Grammy Showcase competition, where they advanced to the final round in New York City, the group self-released their self-titled debut album which sold over 10,000 copies in their region, prompting Island Records to take notice.

Saliva's Island debut Every Six Seconds was released in 2001 and featured the singles "Your Disease" and "Click Click Boom", both of which saw significant play on rock radio and helped bring the band into mainstream popularity.

Back into Your System, their third album, was released in 2002, which included the chart topping hits "Always", and "Rest in Pieces" co-written by James Michael and Nikki Sixx of Mötley Crüe. The song "Pride" was first given to the fans in a concert in a small bar, but Josey Scott also took some heat during this era for shouting out vulgar remarks about the Dixie Chicks. The band toured in 2003, opening for KISS and Aerosmith. Saliva beat out Billy Idol for the tour.

Saliva then released Survival of the Sickest on August 17, 2004, reaching No. 20 on the Billboard 200. On May 29, 2005, guitarist Chris D'Abaldo announced he had left the band "for obvious reasons, as the band is not a unit anymore." He then shortly retracted his statement and apologized, declaring on the band's website that "there was a bit of an issue we're working through and we're looking forward to recording a new album later this year". However, the band's website later apologized again for the confusion and confirmed that due to "creative differences", D'ABaldo was in fact leaving the band, but that Saliva was "completely moving forward as planned and our best music ahead of us". D'ABaldo eventually moved on to start the band Smolder. Jake Stutevoss formerly of the band Future Leaders of the World replaced him in Saliva's tour lineup. Stutevoss left the group right before the recording sessions for Ladies and Gentlemen. Jonathan Montoya, formerly of Full Devil Jacket, then became the next permanent member of Saliva.

A new single, titled "Ladies and Gentlemen" was released in November 2006 to radio stations and made it to No. 2 on the US Mainstream Rock charts. Saliva released the album Blood Stained Love Story on January 23, 2007. It has also been included as the background music for a number of Sony's commercials for the PlayStation 3. It was also made the official Theme song for Wrestlemania 23. The second single released off of the album was "Broken Sunday", which reached No. 8 on the Mainstream Rock chart, and is frequently on the Sirius top 20 on Octane. Saliva's tour manager Chris stated that the new single off Blood Stained Love Story would be "King of the Stereo".

In an interview with WWE on February 27, Scott said “We’re going to go in the studio probably around May and record our next record. If you like "Ladies and Gentlemen" and "Click Click Boom", and more dynamic stuff, it’s going to be an ass-whooping of a record. It’s going to be 45 minutes of ass-whooping!” Saliva toured with Sevendust in South Korea, Japan and a brief stint in Europe until July 2008.

As of April 30, 2008, Octane 20 on Sirius Satellite Radio began playing a new song titled "Don't Question My Heart", featuring Brent Smith from Shinedown. The song can be found on the album WWE The Music, Vol. 8, and was the official television theme song for the ECW brand. Saliva's sixth studio album is titled Cinco Diablo and was released on December 16, 2008. "Hunt You Down" was a song on the album that was then made the official WWE No Way Out 2009 theme song in February 2009.

The band have worked on a reality television show style DVD following the recording of Cinco Diablo and life on the road. In an interview with MJP, Josey was asked if it was a TV Show to which Josey stated "I hope not", and stated that he wanted it more as "a DVD or something for our fans".

Saliva was recently on tour with Pop Evil, Since October, Dead Season, and Aranda. They were scheduled to join the 13th annual SnoCore Tour, but singer Josey Scott had ulcer surgery. Walt Lafty of Silvertide was hired to fill in for Scott for the tour, but Saliva ultimately decided to drop out of the tour, instead of touring with Lafty.

On March 23, 2010, the band released a Greatest Hits album titled, Moving Forward in Reverse: Greatest Hits. "Time to Shine" from said album was used as the official theme song for the "WWE Extreme Rules" Pay-Per-View in 2010.

On 30 August 2010, the band announced the exit of guitarist Jonathan Montoya, saying that they would carry on as a four piece. They had begun recording their latest album, titled Under Your Skin, with Howard Benson.

The band supplied a song titled "Badass" to the Saw 3D soundtrack released on October 26, 2010.

The band released the lead single from their new album Under Your Skin, entitled "Nothing". It was digitally released on February 1, 2011. "Badass" was later released as the second single, and reached No. 26 on Billboard's Mainstream Rock Tracks.

At the end of 2011, after 15 years with the band, Josey Scott decided to leave the band to pursue a solo Christian music career.

In early January 2012 it was announced that Bobby Amaru has joined Saliva as the new vocalist. According to Wayne, ”he is a 28-year-old singer, songwriter, producer from Jacksonville, Florida who has a GREAT voice and will not only bring some fresh blood into the band but; will also put a new spin on the Saliva sound.” Amaru was the front-man of his solo band Amaru, as well as the drummer for Burn Season.

On November 30, 2012, it was announced that the band had just signed a new record deal with Rumbum Records & that after they have finished their current tour, the band will return home to finish writing the new album and begin recording in January for a release date some time in the spring.

On February 5, 2013, Saliva began recording a new album which would later be named “In It to Win It”. “In It to Win It” was to be the bands eighth record (1st with RumBum Records) with producer Bobby Huff, and executive producer Luis Bacardi. Bobby Huff co-wrote Saliva’s single “Badass” and has worked with artists such as Meat Loaf, 3 Doors Down & Cavo.

On January 22, 2014, a new single "Rise Up" was announced. It was also revealed that "In It to Win It" was an early limited time fan only sneak peek and the band is going to release the new record titled "Rise Up" with the same songs re-arranged.

On April 16, 2016 Saliva announced their new album, titled Love, Lies & Therapy would be released June 10, 2016. Later in May, the group announced they would be supporting the album by taking part of the "Make America Rock Again" tour in the summer 2016 alongside Trapt, Saving Abel, Alien Ant Farm, Crazy Town, 12 Stones, Tantric and Drowning Pool.

Saliva is also an early 90's rock band from Gothenburg, Sweden. They released one EP in 1994; "Hooligan at Heart"