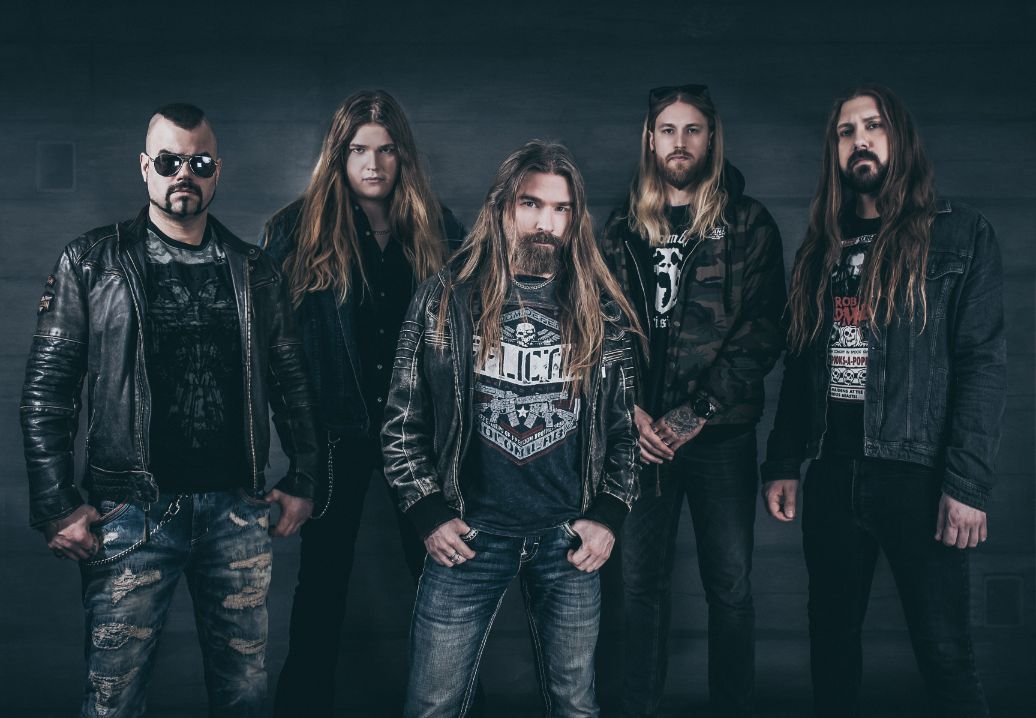 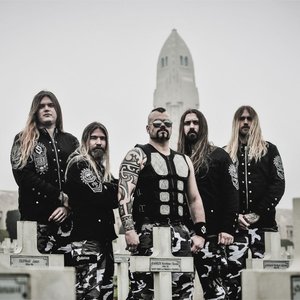 Sabaton is a Swedish power metal band from Falun. The band's main lyrical themes are based on war, historical battles, and acts of heroism—the name is a reference to a sabaton, knight's foot armor. The armor and battle theme is heard in the albums Primo Victoria, Attero Dominatus, The Art of War, Coat of Arms, Carolus Rex, Heroes, The Last Stand, and The Great War in which most of the songs contain these motifs. Their latest album, The Great War, was released on 19 July 2019, with the songs all being based on World War I. Lyrical content drawn from World War I, World War II and other historical conflicts is prevalent and lyrics often recite stories of heroic deeds by men, women, and armies.

Sabaton was formed in 1999. After the first songs were recorded in Peter Tägtgren's studio, The Abyss, Sabaton was contacted by a couple of record labels. The band decided to sign up for Italian label Underground Symphony, under which internationally released the promo CD Fist for Fight —actually a compilation consisting of material from two demotapes recorded between 1999 and 2000— with the intention to promote forthcoming releases.

In 2002, a new album was recorded. Metalizer was supposed to be distributed by Underground Symphony as the band's debut album, but after two years of waiting, during which the band held various performances across Sweden, the album was abandoned.

The band returned for a second album titled Primo Victoria and found themselves in negotiations with several international record labels. They eventually signed with Black Lodge, the metal division of Sound Pollution. In early 2005, they recruited Daniel Myhr to relieve Joakim Brodén, who played keyboards in addition to singing, of his keyboard duties.

Their third album Attero Dominatus continued the war theme of Primo Victoria with songs like "Back in Control" (which focuses on the British retaking of the Falkland Islands during the Falklands War), "Attero Dominatus" (about the Battle of Berlin which brought about the end of World War II in Europe) and "Angels Calling" (about trench warfare during World War I), and was released in Europe on 28 July 2006.

In March 2007, Sabaton released Metalizer as a double disc together with Fist for Fight, along with the previously unreleased song "Birds of War".

As a follow up to Metalizer, in May 2008, Sabaton released its fourth album The Art of War an album inspired by the influential book by Sun Tzu. The decision to base the album upon Sun Tzu's book came from the idea that in the 2000 years since the book was written, the human race has achieved many things but apart from weapon advancements, war and tactics have remained basically the same. The album contains the singles "Cliffs of Gallipoli" and "Ghost Division".

In September 2008 it was announced that Sabaton would be performing at the 2009 ProgPowerUSA X festival in Atlanta GA USA. In addition, Sabaton were the first band confirmed for the festival Bloodstock '09 in Derby, UK. Furthermore, they toured Europe in 2009 as an opening act on the Hammerfall Tour. After their Bloodstock performance, the band went on a tour with DragonForce, towards the end of 2009, for 18 shows in the UK.

The band had hoped to begin recording the next album in October but with concerts booked and the DragonForce support tour the following month, it was pushed back. On Wednesday December 23, 2009, the band announced the name of their forthcoming album. Coat of Arms contains a majority of songs about World War II, but also has songs about other wars, like the Winter War "White Death". They announced it on their official website, and posted a link to a YouTube video containing the album art and a teaser music sample. Coat of Arms was released on May 21, 2010. The first music video, for Uprising, was released on August 1, 2010 and features Peter Stormare. This was accompanied by a European tour. A second music video, for Screaming Eagles, was released on May 25.

On March 31, 2012 vocalist Joakim Brodén confirmed rumors that the band would be going separate ways. Guitarists Oskar Montelius and Rikard Sundén, drummer Daniel Mulback and keyboardist Daniel Mÿhr would be departing Sabaton for unspecified reasons. Sabaton would be joined by touring members Chris Rörland and Thobbe Englund on guitar, and Robban Bäck on drums. Until a new keyboardist is found, Sabaton used digital recordings of their keyboard while touring.

Following the announcement of a new lineup taking the stage, "Carolus Rex," the first single for the album of the same name (Carolus Rex), was released on April 4, 2012. The single was immediately released in both Swedish and English lyrical formats for download off of Swedish iTunes, and was available for world wide download on April 8, 2012. Coinciding the release of the new single, Sabaton also announced their world tour headlined as "The Swedish Empire Tour". This will also be the first time Sabaton has performed live with the new lineup.

"Carolus Rex" was released on May 22, 2012 in the United States and Sweden, and May 25, 2012 in the rest of Europe. The album was made available in both Swedish and English versions.

Regarding the line-up change, Sabaton's bassist Pär Sundström commented: "It appears to be sudden, but it had actually started years ago when some members already got tired of constant touring. And with wives and kids back home it does not get any easier. During the recordings of Carolus Rex I drew a map of what the band will be doing the coming 3 years and for some that was too much commitment…"

The former members of Sabaton have since formed a new band called "Civil War", including vocalist Patrik Johansson and bassist Stefan Eriksson.

In November 2012, drummer Robban Bäck decided to take a break from touring due to becoming a father. With Snowy Shaw replacing him as touring drummer.

In November 2013, it was announced that Sabaton would be touring North America with Iced Earth for six weeks in the spring of 2014. Robban Bäck has also left the band and been replaced with Hannes van Dahl of Evergrey.

In January 2014, the band announced the cover of their new album called "Heroes," due to be released on May 16 2014. The album proved to be a hit and made #1 on the official Swedish album chart. On 27 January the band was announced to play Download Festival in June.

Thobbe Englund left Sabaton as guitarist with release of their new album "The Last Stand" on 19th August 2016 to "expand his own creativeness in combination with a somewhat stiller life, where he will not tour all year round at the speed of light" as he said himself.

In December 2015, five songs by the band were added to the third external music pack for the strategy game Europa Universalis IV by Paradox Interactive.

On 6 June 2016, the 72nd anniversary of D-Day, they released a music pack for the Paradox game Hearts of Iron IV with songs based on World War II, the theme of the game. They released a second on 26 January 2017.