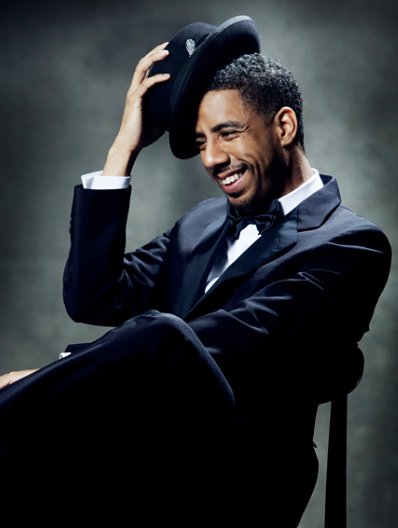 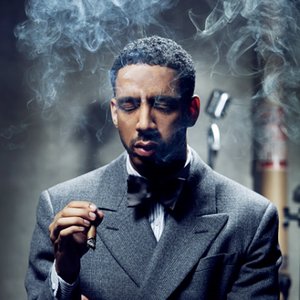 Anthony Ryan Leslie (born September 25, 1978, in Washington, D.C.) is an American singer, record producer, multi-instrumentalist and rapper. Founder of the multi-media company NextSelection Lifestyle Group, Leslie has produced hit singles for a number of artists including Cassie, Keri Hilson and Fabolous. In 2003 he started recording his debut album, Just Right, but it was shelved after differences between him and his record label. He then returned to the studio in 2009 and recorded his self-titled debut, and followed it up later that year with his second studio album, Transition.

Like most aspiring producer/songwriter/singers, Ryan Leslie started out making his own records as a teen because he couldn't afford to pay for studio time or producers when he wanted to record his demo. Counting self-contained producer/artists like Stevie Wonder and Prince as his heroes, it's been a long ride from being a 19-year-old senior in college who had no music contacts - to overseeing studio sessions with the likes of Diddy, Usher, Britney Spears, and many other of today's top stars.

The road was not easy, as anyone who has tried to make it in music would understand. When he graduated from Harvard in 1998, Ryan started out selling beats for $200 to anyone who would buy - a questionable career move for an ivy-league graduate. He stayed in the Boston area for a while, taking on a community service job to make ends meet, and spending his nights in the recording studio. Eventually, in the summer of 2000, he linked with a young artist named Corey "Latif" Williams, and he produced a song that won a contest sponsored by Teen People magazine, earning them a performance at the famed Apollo theatre in Harlem.

A few months later, in 2001, the two had generated enough buzz as a producer/artist duo to score Latif a record deal with Motown. Though initial excitement in the project was strong, the album they made together in thirty days took two years to get released. In the meantime, Ryan returned to a suburb of Boston and began to experiment with making his own records again.

Times were tough, the advance money from his work on Latif's album ran out, and in late 2002, after nearly a year grinding with little to no money coming in, Ryan was forced to move back in with his parents, who were living in Phoenix. Though he was devastated, he remained determined, and after a long talk, his father gave Ryan a glimmer of hope, offering to max out the family's credit cards to buy the keyboards and recording software needed to create a modest project studio. Moved by this vote of confidence in his potential, Ryan vowed that he would do whatever it took to repay the nearly $15,000 worth of equipment - even if it meant going to law school and getting a job more suited to his academic pedigree.

For the next five months, Ryan locked himself in a room, eating infrequently and sleeping even less, spending countless hours formulating a distinct sound that would prove useful when in the spring of 2003, his music career took an unexpected turn. Encouraged by his long-time music lawyer and advisor, Ed Woods, Ryan got on a plane to New York to take a 30-day contract as a music production intern for former Bad Boy Hitman Younglord. One week into his internship, a record they created together became "Keep Giving Your Love To Me", a song performed by Beyoncé for the Bad Boys II movie soundtrack. That record led to a meeting with Sean "Diddy" Combs, who was supervising the project.

Honored by the opportunity, Ryan played a few of the instrumentals he had created while in Phoenix for Diddy, and there was one in particular that caught the Bad Boy Records CEO's attention. Though it was a simple track, consisting mostly of a conga loop and a guitar riff, the magic in the music emerged when Ryan played a song he had written and recorded to the track, called "Hot 2 Nite". Thoroughly impressed, Diddy offered Ryan a producer management contract on the spot, and the song became the first single for New Edition's Bad Boy album.

Diddy immediately put Ryan on every project that came across his blackberry, and Ryan produced a string of records, including Loon's 2003 summer hit "Down For Me". He shared his unique talent with everyone from Britney Spears, B5, Cheri Dennis, Danity Kane, and many other Diddy-helmed projects. In six months, he had collected enough money from advances to be able to repay his father, and after sending a check home, he requested that his equipment be shipped to New York, where he set up a project studio in a one-bedroom apartment in Harlem.

Simultaneously during that time, Ryan inked a publishing deal with Tommy Mottola's Aspen Songs, cementing his relationship with two of the most legendary and notorious executives in the music industry. Under the mentorship of Diddy and Mottola, Ryan began to absorb the mannerisms of a savvy entrepreneurial music executive.

Soon the word began to spread of his unorthodox approach to record-making (eschewing programming and beat machines for real-time playing of instruments and on-the-fly song writing), and people began reaching out to Ryan for his "NextSelection" sound. He produced singles for Donell Jones ("Better Start Talking"), Cheri Dennis ("I Love U"), and dancehall legends Tanto Metro & Devonte ("News For You"). He also signed a recording contract as an artist with Universal through Mottola's imprint. Though he recorded an album for Universal in 2004 between projects for other artists, his production schedule kept him from paying any real attention to promoting a single.

It was when Usher called on him to produce some records for his new label, US Records, that Ryan, being the same age as Usher, became inspired to champion his NextSelection brand by developing an artist of his own. After writing and producing the title track "Private" for Usher's act One Chance's debut album, Ryan returned to New York and met a strikingly beautiful young artist named Cassie with a distinct vocal texture and a unique point of view. With the help of some coaxing by her mother, he convinced Cassie to record a song with him. Encouraged again by his attorney, Ed Woods, he played the record for Mottola, who immediately signed Ryan's young protégé to a management contract, urging the two to continue the recording process.

The next record he wrote and produced for her, a song called "Me & U", would prove to be a defining work in Ryan's career - earning him his first number one hit, and the opportunity to work as an executive producer alongside Diddy, who outbid 2 other labels to partner with him on Cassie's project. "Me & U" went on to be the biggest record at radio in the history of Atlantic Records (Bad Boy's distributor), and Ryan's dream to introduce the world to the NextSelection brand was achieved.

The success of Cassie's project also proved to be definitive in a different way for Ryan, who had partnered with a young on-line media entrepreneur named Rasheed Richmond to wage a ground-breaking internet marketing campaign using non-traditional media to raise awareness about Cassie, NextSelection, and the infectious song he had written for her. Thanks to their joint efforts, she became the first major new artist to break from social networking phenomenon MySpace.com, prompting so many internet searches that Yahoo crowned her the first "Internet diva".

Fueled by this momentum, Ryan's next moves will be made with laser focus on brand development and will be watched intently by an evolving music industry. He is building a management company, led by Sean Collins, a long-time friend and early supporter who invested in him during the early stages of his career, to develop and nurture budding production talent. He is expanding his on-line media properties with Rasheed Richmond to create a network of sites dedicated to entertainment content developed by NextSelection. He is assembling a roster of acts that will embody the characteristics of his signature 4 D's - drive, desire, discipline and dedication.

Most importantly, amongst all of his endeavors, he's campaigning as Ryan Leslie - the artist. With a goal to fill arenas around the world where he has already been performing for small crowds of die-hard NextSelection fans, he is pursuing the dream that started his foray into music in the first place: being an entertainer. His live show is explosive, channeling of the energy of a young James Brown mixed with the swagger of a modern day Marvin Gaye. The soundtrack to the Ryan Leslie experience is just as engaging. Fusing thick analogue synths, heavy drums and lush vocal harmonies, his double album, consisting of his best unreleased gems like "The Way That U Move", "Just Right" and "Used 2 Be", plus an entirely fresh crop of newly-inspired recordings, will be a collection of all the songs he wouldn't sell to anyone else, songs that he really loves, stories told in a way only he can tell them.

A look at Ryan's daily schedule, which usually starts on-line at 5am and continues (with meetings, calls, rehearsals and studio sessions) into the wee hours of the following morning, suggests that he may have too much on his plate to lead the life of an ordinary twenty-something year old. Thankfully, his approach to life is, arguably, extraordinary.