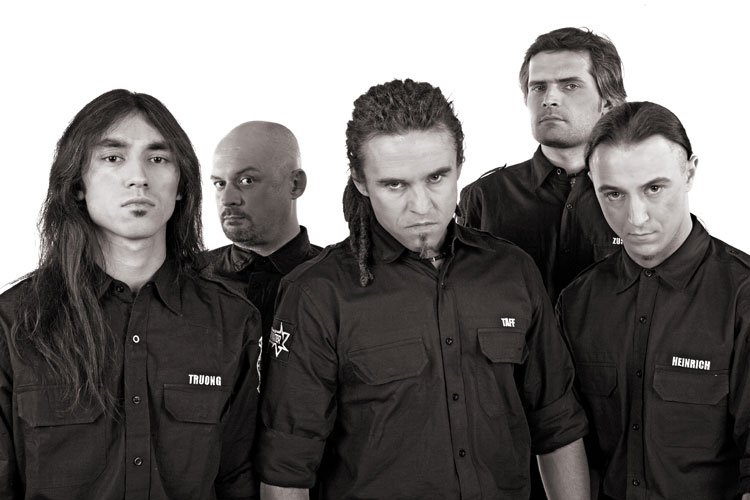 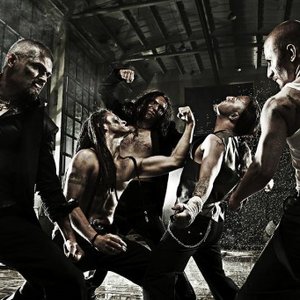 Polish modern / neo-thrash metal band with elements of hardcore, ambient, folk and punk rock.
Band is formed at the beginning of 2002 by Sebastian (guitars), Yonca (guitars) and Pablo (drums). Band's lineup is soon augmented with Taff (vocals). The project is a realisation of a certain vision - none of its founders have an ambition to start any new trends. All the founders are musicians with some experience under their belts, and ROOTWATER is no one's first band. Taff got famous with GEISHA GONER, Sebastian ran SPARAGMOS for 12 years, Paweł played drums in the Warsaw lineup of NEOLITHIC, and Yonca never tasted fame, but he played with everyone in this country. Six months of rehearsals in the former SPARAGMOS' rehearsal studio CONTRAS is the time spent writing songs for the band's first unofficial recording (demo - reh.). Rehearsal is recorded in July 2002, still without a bass player. In August 2002 Przemo (bass) joins the band and the lineup is at last complete. ROOTWATER begins playing live shows and immediately becomes one of the best live acts in Warsaw. After a series of rehearsals, some polishing touches and final arrangements of songs ROOTWATER enters the 'KOKSZOMAN & Złota Skała' studio at the beginning of October 2002, where it begins recording its debut. ROOTWATER's music is a crossover of various styles, ranging from heavy, hardcore riffs, thrash metal rhythms and mystical ambients to punk-style expression backed by Taff's charismatic singing.
The year 2004 starts with some major changes. After some musical and personal discrepancies Yonca leaves the band to join LICOREA as the second guitar player. Pablo's departure soon after that forces ROOTWATER to back out and regroup. After almost a year of looking for the right people the band returns with young but very talented guitar player Mike and former LICOREA's and BIAN's drummer Artur.