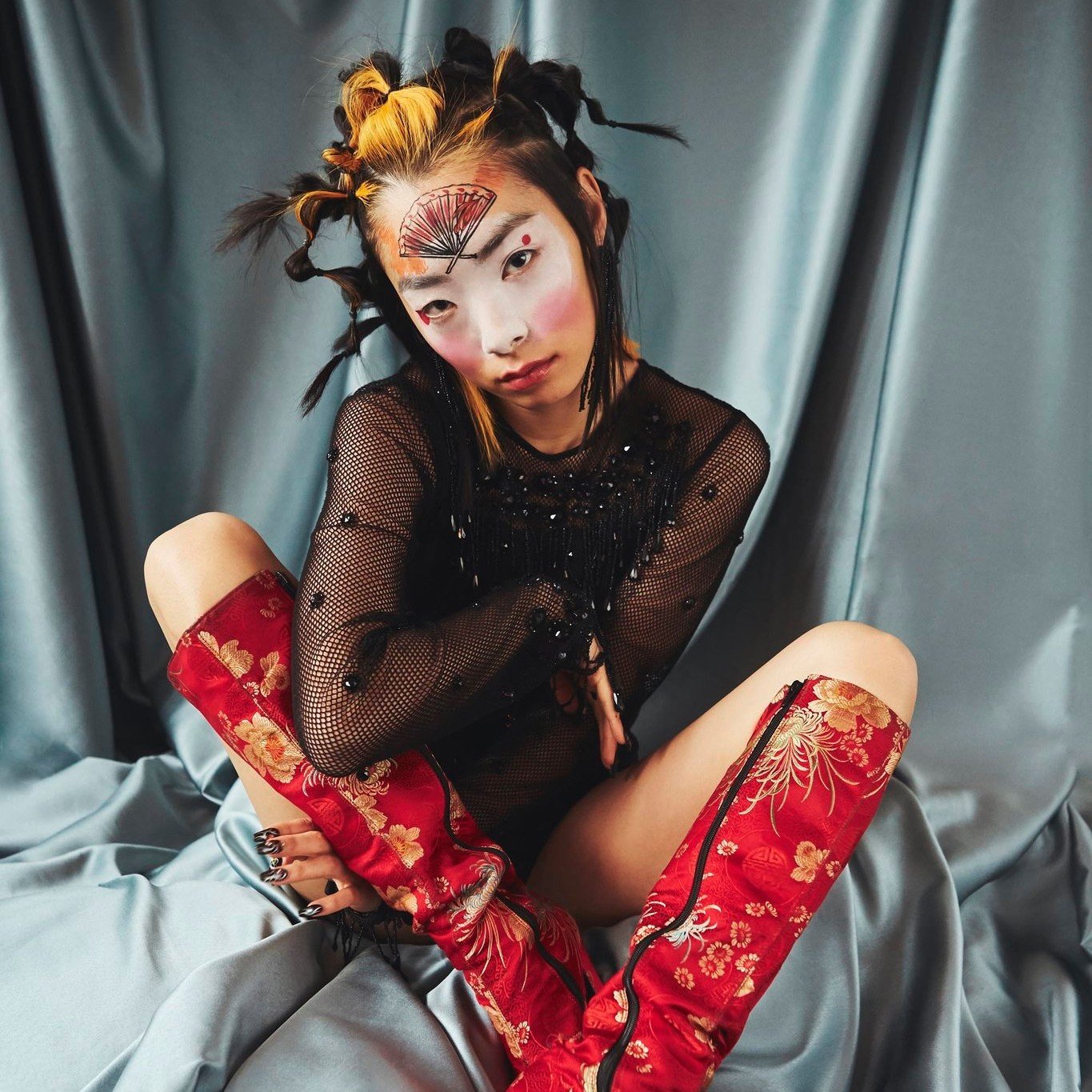 Rina Sawayama (born 16 August 1990 in Niigata, Japan) is a Japanese-British London-based singer, songwriter, producer and model. Born and raised in Japan until moving to the UK at the age of 5, Rina would go on to study politics at Cambridge University. At university, she decided to pursue both modeling and her love for singing. She would go on to experiment in a hip hop group before deciding to pursue her interest in r&b and pop music.

Rina began collaborating with London-based producer Hoost and released her debut single “Sleeping In Waking” in 2013. In 2016, she was included in The Fader's 13 Artists You Need To Know About In 2017. Her debut EP RINA was released in 2017.

In 2019, Rina began to rollout of her debut full-length album, starting with the single "STFU!", which is based on her experiences of micro-aggressions as an Asian woman. The album's third single "XS", which serves as a satirical criticism of modern capitalism, was released in March 2020, and was well received, helping her get her name more known. The album, "SAWAYAMA" was finally released on April 17, and went onto become one of the most critically acclaimed albums of the year. It was praised for its mix of genres, wide range of influences and vocal performances. The project made multiple end-of-year lists, notably ranking #1 on The Line Of Best Fit's list. The album was also loved by musical icon Elton John, who would then go on to feature on a new duet version of the single "Chosen Family".

Rina would embark on the Dynasty Tour for the album in 2021 after being delayed a year. Soon after in May 2022, Rina announced her sophomore album "Hold The Girl", scheduled for a September 2nd release, along with the lead single "This Hell", which puts a fun spin on negative stigma towards the LGBT community. The album's release was pushed back to September 16th, with the singles "Catch Me In The Air", the title track, "Phantom" and "Hurricanes" being released in the run up. The record also garnered positive reviews upon release, and debuted at #3 on the UK charts, Rina's first time charting this high. The Hold The Girl tour is scheduled to commence in October 2022.

Many of Sawayama’s tracks are co-written and produced by Clarence Clarity. She has also collaborated with the likes of Shamir, Bree Runway and Charli XCX the latter of which's collaboration "Beg For You" gave Rina her first top 40 hit in the UK.