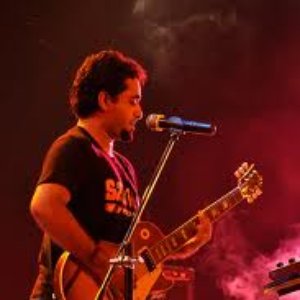 Rex Vijayan is an Kochi-based guitarist and the lead guitarist of Avial who began his musical career by mastering cover versions. He has some renowned performances in India and abroad to his name. He was part of a popular band Motherjane from 2000 to 2003. He was also part of a novice German hip-hop band "Intensive Erfrischung(Intensive Refreshment)", which was based in Munich and is also actively involved with Daksha Seth’s Dance Company, which is concerned with performing on stage contemporary dance. Gibson Guitar Corporation, USA offered him to be their endorsee for their latest high end series guitar. Rex forayed into film music direction with the Malayalam film Chaappa Kurish, directed by Sameer Thahir.He takes part in many school interschool competions like Bhavans Vidya Mandir "Magnum Opus" And Rajagiri school's "Vista"