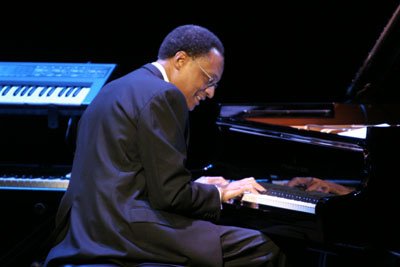 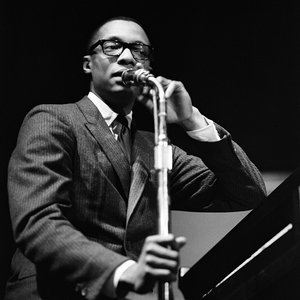 Ramsey Emmanuel Lewis, Jr. (born May 27, 1935 in Chicago, Illinois) is an American jazz and pop pianist and keyboardist.

He formed the Ramsey Lewis Trio in 1956 with Eldee Young and Isaac Holt. They started as primarily a jazz unit but after their hit, "The In Crowd", in 1965 (the single reached fifth place on the pop charts, and the album second place) the trio concentrated more and more on pop material. Young and Holt left in 1966 to form the Young-Holt Trio and were replaced by Cleveland Eaton and Maurice White. White was replaced by Maurice Jennings in 1970. In the late 1970s an additional keyboard player was frequently added to the lineup. A contemporary version of "The In Crowd" was recorded for Lewis' 2004 album, Time Flies.

Ramsey Lewis has received seven gold records and three Grammy Awards so far in his career.

His recent "With One Voice" release pays homage to his gospel roots all while maintaining his classic style. With the help of gospel favorites Smokie Norful, Darius Brooks, and Donald Lawrence, Lewis delivers an emotion-packed, soul-stirring, album. Lewis also enlisted the help of his church's choir, pastored by his older sister, to sing on several of the album's tracks. The J.W. James Memorial A.M.E. Church Combined Choir is breath-taking, adding so much life, freedom, and hope to "With One Voice". The CD's first single, "Pass Me Not" can be heard on Chicago's WGCI 107.5.

In addition to recording and performing, he is / has been a radio host on Chicago's Smooth Jazz station, WNUA (95.5 FM). His syndicated show Legends of Jazz, featuring classic jazz recordings from artists such as Charlie Parker and Miles Davis), can be heard in 60 cities in the United States and other countries as well. His most recent venture, the Legends of Jazz television series on PBS, was first aired in April 2006. Singing sensation Phil Perry's wife Lillian sung and played with Lewis in the 1970's,
As of 2005 he has been hosting a radio show called Legends of Jazz for London's Smooth FM (previously Jazz FM).

On December 4, 2006, the Ramsey Lewis Morning Show will become a part of Broadcast Architecture's Smooth Jazz Network, simulcasting on other Smooth Jazz stations across the country for the first time. However, the show will still be based in Chicago, as it has always been.