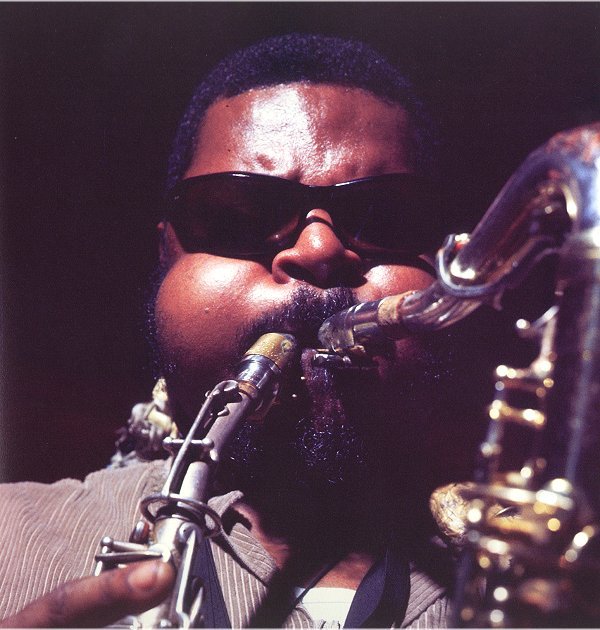 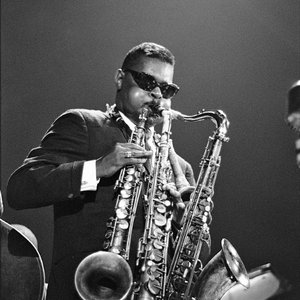 Rahsaan Roland Kirk (1936-1977) was a blind American jazz saxophonist, perhaps best known for his ability to play more than one saxophone at once.

Kirk was born Ronald Kirk on 7th August 1936, in Columbus, Ohio, but felt compelled by a dream to transpose two letters in his first name to make Roland. After another dream in about 1970 he added Rahsaan to his name.

His playing was generally rooted in soul jazz or hard bop, but Kirk's encyclopedic knowledge of jazz history allowed him to draw convincingly on any element of the music's history, from ragtime to swing and free jazz. Kirk also regularly explored classical and pop music.

Kirk played and collected a vast number of musical instruments, mainly various saxophones, clarinets, and flutes. His main instruments were tenor saxophone, and two obscure saxophones: the manzello (similar to a soprano sax) and the stritch (a straight alto sax lacking the instrument's characteristic upturned bell). Kirk modified these instruments himself to accommodate his simultaneous playing technique. He typically appeared on stage with all three horns hanging around his neck, as well as a variety of other instruments, including flutes and whistles. Kirk also played harmonica, cor anglais, recorders, and was a competent trumpeter. He often used unusual instruments or combinations of instrument parts, using a saxophone mouthpiece on a trumpet or playing nose flute. He additionally used many extramusical sounds in his music, such as alarm clocks, whistles, sirens, and even primitive electronic sounds (before such things became commonplace).

In addition to the saxophones, Kirk was also an influential flautist, employing several novel techniques that he developed himself. One technique was to sing or hum into the flute at the same time as playing. (This technique was adopted later by many other players, including Jeremy Steig and Ian Anderson of Jethro Tull.) Another was to play the standard transverse flute at the same time as a nose flute.