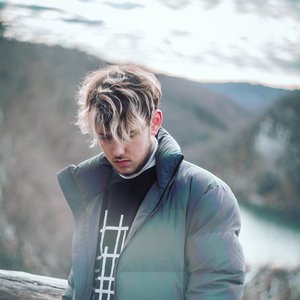 Benjamin Lasky, most well known by his stage name Quadeca, is a 29 year old Latino-American rapper from California. He's most well known for his disstrack on KSI, Insecure, produced by Ant Beatz and A.M, which has racked up 33 million views and is considered to be the breakthrough of his career. His music started in 2015, when Quadeca decided to create his first rap song, entitled Fifa 14 Rap. He then released his first studio mixtape called Work In Progress in September of 2015. Since then he's released 3 more projects, entitled by chronological order as Nostalgia For The Now; Out Of Order; and his latest- Voice Memos. On September 27th, 2019, Quadeca released a highly-awaited single entitled Schoenberg, which samples Verklärte Nacht. This video's ending snippet contained slightly cryptic info about something dropping early 2020, which he called FMTY. On Twitter he confirmed this was called From Me To You, and was in the works. He has since dropped 2 singles and delayed the album further to lead fans to believe the album wasn't finished. The album, as of September 15th 2020, has not dropped yet.