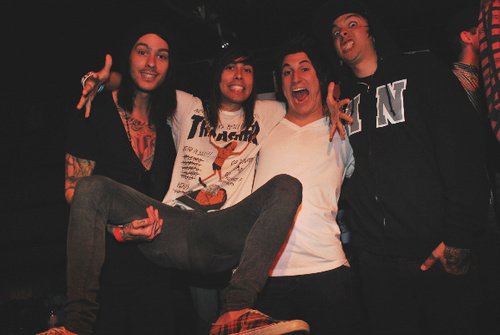 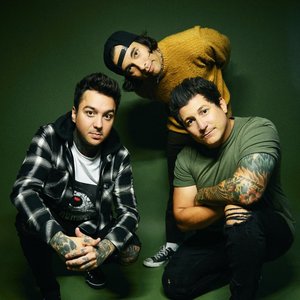 Pierce the Veil was founded by Mike Fuentes and Vic Fuentes in 2006, after the disbandment of Before Today. The brothers continued to write songs together and eventually came up with enough material for a new full-length album. Still backed by their label, Equal Vision Records, they wrote and recorded an entire album on their own in Seattle, WA with Producer Casey Bates. The brothers released the album 'A Flair for the Dramatic' on June 26, 2007 under a new name: Pierce the Veil, which is derived from a song of the same name from Before Today's album, 'A Celebration of an Ending.' Soon after, Pierce the Veil acquired new members Tony Perry (lead guitar) and Jaime Preciado (bass). Pierce the Veil toured vigorously for about 3 months after the release of 'A Flair for the Dramatic.'

In November 2007, Pierce the Veil performed one date on the Vans Warped Tour 2007, and were on the entire tour in 2008. Their first headlining tour, The Delicious Tour, took place in October–November 2008 and featured Breathe Carolina, Four Letter Lie and Emarosa. They ended their record cycle with the Taste of Chaos 2009 tour.

The band's next album, 'Selfish Machines' was released on June 21, 2010 under Equal Vision Records and made it to No. 1 on the Billboard Heatseekers Chart. In support of the release, the band played a number of festivals including Bamboozle Left, South by Southwest, Never Say Never Festival, and the Vans Warped Tour. The band also contributed a cover of Blue Öyster Cult's classic song "(Don't Fear) The Reaper" to 'Punk Goes Classic Rock,'released on April 27, 2010. They later again contributed to 'Punk Goes Pop, Vol. 4, covering the song "Just the Way You Are" by Bruno Mars, which was released on November 21, 2011.

On August 23, 2011, Pierce the Veil signed with Fearless Records. On April 20, 2012, it was announced that the new album would be titled 'Collide with the Sky' and would be released through Fearless Records on July 17, 2012. On May 17, 2012, the album cover and the track list of the new album were revealed along with the announcement of the band's first ever UK headlining tour in September 2012. The first single from the new album, "King for a Day", features Kellin Quinn of Sleeping with Sirens and was released on June 5, 2012. The second single, "Bulls in the Bronx", was released three weeks later on June 26, 2012.

In order to promote the album, the band appeared on the Vans Warped Tour from June 16, 2012 to August 5, 2012, playing the event's main stage for the first time. They were regularly joined on stage by Kellin Quinn to perform the song "King for a Day." After Warped, Pierce the Veil embarked on their first headlining tour in the UK, selling out almost all of the dates. Their following headlining tour in the US, The Collide with the Sky tour, saw a similar success. They ended the year appearing at No. 33 in Rock Sound magazine's best albums of 2012 list as well as winning nine categories in the best of 2012 reader's poll conducted by Alternative Press, including Best Live Band of the Year, Album of the Year and Artist of the Year.

After delays with their next album, the band released "The Divine Zero," the first single from their upcoming fourth studio album, on June 18, 2015. On March 18, 2016, it was announced the band's eagerly anticipated fourth studio album, 'Misadventures,' would finally be released on May 13 through Fearless Records. The album was produced by Dan Korneff. The band released the second single from the album, "Texas Is Forever" on March 24, 2016.