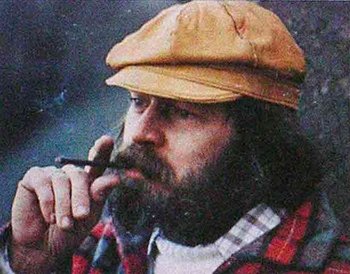 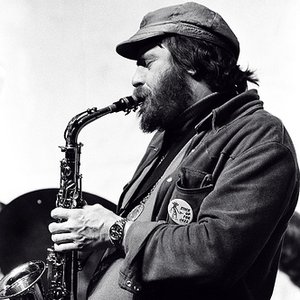 Woods was born in Springfield, Massachusetts. He studied music with Lennie Tristano, who influenced him greatly, at the Manhattan School of Music and at the Juilliard School. His friend, Joe Lopes, coached him on clarinet as there was no saxophone major at Juilliard at the time. Although he did not copy Charlie "Bird" Parker, he was known as the New Bird, a label which was also attached to other alto players such as Sonny Stitt and Cannonball Adderley at one time or another in their careers.

In the mid-'50s, Woods began to front his own bands. He got major exposure after Quincy Jones invited him to accompany a 1956 State Department-sponsored world tour with the big band of Dizzy Gillespie. In 1959 Woods traveled Europe with Jones’ band; in 1962 he participated in Benny Goodman’s Russian tour.

After moving to France in 1968, Woods led the European Rhythm Machine, a group which tended toward avant-garde jazz. He returned to the United States in 1972 and, after an unsuccessful attempt to establish an electronic group, he formed a quintet which was still performing, with some changes of personnel, in 2004. As his theme, Woods used a piece titled "How's Your Mama?"

In 1979, Woods made the recording More Live at the Armadillo World Headquarters in Austin, Texas. Perhaps his best known recorded work as a sideman is a pop piece, his alto sax solo on Billy Joel's 1977 "Just the Way You Are". He also played the alto sax solo on Steely Dan's "Doctor Wu" from their 1975 album Katy Lied, as well as Paul Simon's "Have a Good Time" from the 1975 album Still Crazy After All These Years.

Although Woods was primarily a saxophonist, he was also a clarinet player and solos can be found scattered through his recordings. One particular example is his clarinet solo on "Misirlou" on the album Into The Woods.

Phil Woods – A Life in E Flat: Portrait of a Jazz Legend is a documentary film released in 2005 by Jazzed Media. Directed by Rich Lerner, and produced by Graham Carter, the film offers an intimate portrait of Woods during a recording session of the Jazzed Media album This is How I Feel About Quincy.

Phil Woods was married to Chan Parker, the widow of Charlie Parker, for 17 years from 1955 and was stepfather to Chan's daughter Kim. On September 4, 2015, Woods performed a tribute to Charlie Parker with Strings at the Manchester Craftsmen's Guild, and announced at the end of the show that he would be retiring. Woods died September 29, 2015, at the age of 83.

In 2007, Phil Woods received a "Jazz Master" award from the National Endowment of the Arts.

Grammy awards
Woods' recordings have been nominated for seven Grammy awards and have won four.

He also performed on the 2006 Brian Lynch/Eddie Palmieri Project Album, Simpático, which won Best Latin Jazz Album of the Year in 2007.