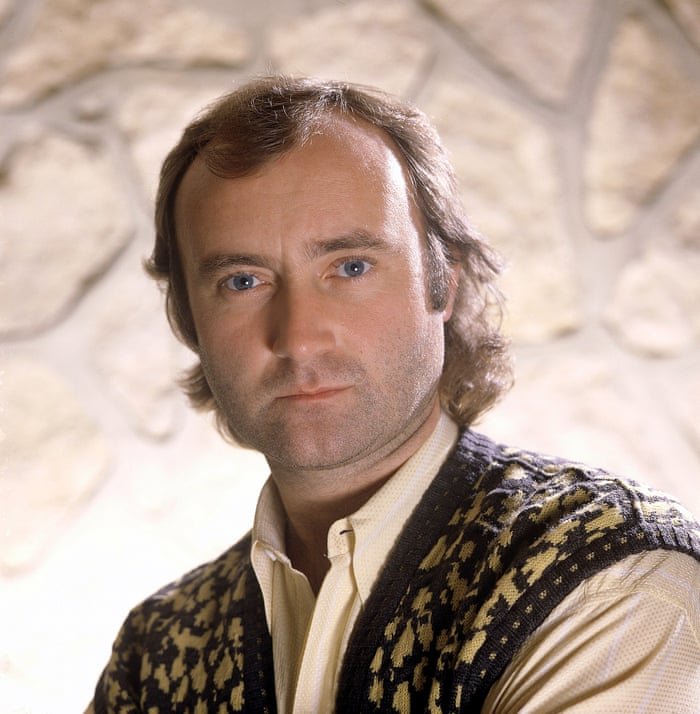 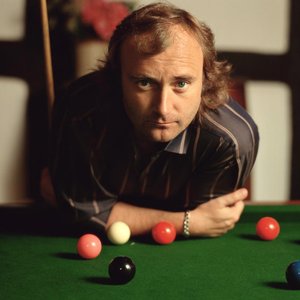 Philip David Charles Collins LVO (born 30 January 1951) is an English drummer, singer, songwriter, multi-instrumentalist, record producer, and actor, best known as the drummer/singer of the rock band Genesis and for his solo career. Between 1982 and 1989, Collins scored three UK and seven US number-one singles in his solo career. When his work with Genesis, his work with other artists, as well as his solo career is totalled, he had more US Top 40 singles than any other artist during the 1980s. His most successful singles from the period include "In the Air Tonight", "Against All Odds (Take a Look at Me Now)", "One More Night", "Sussudio", "Two Hearts" and "Another Day in Paradise".

Born and raised in west London, Collins played drums from the age of five and completed drama school training, which secured him various roles as a child actor. He then pursued a music career, joining Genesis in 1970 as their drummer and becoming lead singer in 1975 following the departure of Peter Gabriel. Collins began a solo career in the 1980s, initially inspired by his marital breakdown and love of soul music, releasing a series of successful albums, including Face Value (1981), No Jacket Required (1985), and …But Seriously (1989). Collins became "one of the most successful pop and adult contemporary singers of the '80s and beyond". He also became known for a distinctive gated reverb drum sound on many of his recordings. In 1996, Collins left Genesis to focus on solo work; this included writing songs for Disney’s Tarzan (1999) for which he received an Oscar for Best Original Song for “You'll Be in My Heart”. He rejoined Genesis for their Turn It On Again Tour in 2007. Following a five-year retirement to focus on his family life, Collins released an autobiography in 2016 and completed his Not Dead Yet Tour in 2019.

Collins's discography includes eight studio albums that have sold 33.5 million certified units in the US and an estimated 150 million worldwide, making him one of the world's best-selling artists. He is one of only three recording artists, along with Paul McCartney and Michael Jackson, who have sold over 100 million records worldwide both as solo artists and separately as principal members of a band. He has received eight Grammy Awards, six Brit Awards (winning Best British Male Artist three times), two Golden Globe Awards, one Academy Award, and a Disney Legend Award. He was awarded six Ivor Novello Awards from the British Academy of Songwriters, Composers and Authors, including the International Achievement Award. He received a star on the Hollywood Walk of Fame in 1999, and was inducted into the Songwriters Hall of Fame in 2003 and the Rock and Roll Hall of Fame as a member of Genesis in 2010. He has also been recognised by music publications with induction into the Modern Drummer Hall of Fame in 2012, and the Classic Drummer Hall of Fame in 2013.

Philip David Charles Collins was born on 30 January 1951 in Chiswick, Middlesex, now part of the London Borough of Hounslow. His father, Greville Philip Austin Collins (1907–1972), was an insurance agent and his mother, Winifred June Collins (née Strange, 1913–2011), worked as a theatrical agent. His sister Carole competed as a professional ice skater and his older brother Clive is a noted cartoonist.

Collins was given a toy drum kit for Christmas when he was five. His uncle later made him a makeshift set that he used regularly. As Collins grew older, these were followed by more complete sets bought by his parents. He practised by playing along to music on the television and radio. According to Barbara Speake, founder of the stage school Collins later attended, "Phil was always special; aged five he entered a Butlins talent contest singing Davy Crockett, but he stopped the orchestra halfway through to tell them they were in the wrong key." Collins studied drum rudiments as a teenager, first learning basic rudiments under Lloyd Ryan and later studying further under Frank King. Collins recalled: "Rudiments I found very, very helpful – much more helpful than anything else because they're used all the time. In any kind of funk or jazz drumming, the rudiments are always there." He never learned to read and write conventional musical notation, and instead used a system he devised himself. He later regretted this, saying: "I never really came to grips with the music. I should have stuck with it. I've always felt that if I could hum it, I could play it. For me, that was good enough, but that attitude is bad."

The Beatles were a major early influence on Collins, including their drummer Ringo Starr. He also followed the lesser-known London band the Action, whose drummer he would copy and whose work introduced him to the soul music of Motown and Stax Records. Collins was also influenced by the jazz and big band drummer Buddy Rich, whose opinion on the importance of the hi-hat prompted him to stop using two bass drums and start using the hi-hat. While attending Chiswick County School for Boys, Collins formed a band called the Real Thing, and later joined the Freehold, with whom he wrote his first song, "Lying Crying Dying".

In his book on the "legends" who defined progressive rock drumming, American drummer Rich Lackowski wrote: "Phil Collins's grooves in early Genesis recordings paved the way for many talented drummers to come. His ability to make the drums bark with musicality and to communicate so convincingly in odd time signatures left many a drummer tossing on the headphones and playing along to Phil's lead." In 2014, readers of Rhythm voted Collins the fourth most influential progressive rock drummer for his work on the 1974 Genesis album The Lamb Lies Down on Broadway. In 2015, MusicRadar named Collins one of the six pioneers of progressive rock drumming. In 2005, Planet Rock listeners voted Collins the fifth greatest rock drummer in history. Collins was ranked tenth in "The Greatest Drummers of All Time" list by Gigwise and number nine in a list of "The 20 greatest drummers of the last 25 years" by MusicRadar in 2010. In 1987, Collins looked back at his fast playing in Brand X and early Genesis: "I actually can't play like that anymore".

Foo Fighters drummer Taylor Hawkins cites Collins as one of his drumming heroes. He said, "Collins is an incredible drummer. Anyone who wants to be good on the drums should check him out – the man is a master." In the April 2001 issue of Modern Drummer, Dream Theater drummer Mike Portnoy named Collins in an interview when asked about drummers he was influenced by and had respect for. In another conversation in 2014, Portnoy lauded his "amazing progressive drumming" back in the early and mid-1970s. Rush drummer Neil Peart praised his "beautiful drumming" and "lovely sound" on the 1973 Genesis album Selling England by the Pound, which he called "an enduring masterpiece of drumming". Marco Minnemann, drummer for artists including Joe Satriani and Steven Wilson, described Collins as "brilliant" for the way "he composes his parts, and the sounds he gets". He said, "Phil is almost like John Bonham to me. I hear his personality, his perspective." He singled out the drumming on "In the Air Tonight" as an example of "ten notes that everybody knows" and concluded "Phil is a insanely talented drummer."

Other drummers who have cited him as an influence or expressed admiration for his drumming work are Brann Dailor of Mastodon, Nick D'Virgilio of Spock's Beard and Big Big Train, Jimmy Keegan of Spock's Beard, Matt Mingus of Dance Gavin Dance, John Merryman of Cephalic Carnage, and Craig Blundell of Steven Wilson and Frost*. According to Jason Bonham, his father "respected Phil Collins’ drumming very much" and one of his favourite songs was Genesis' "Turn It On Again", which he used to love playing with him.