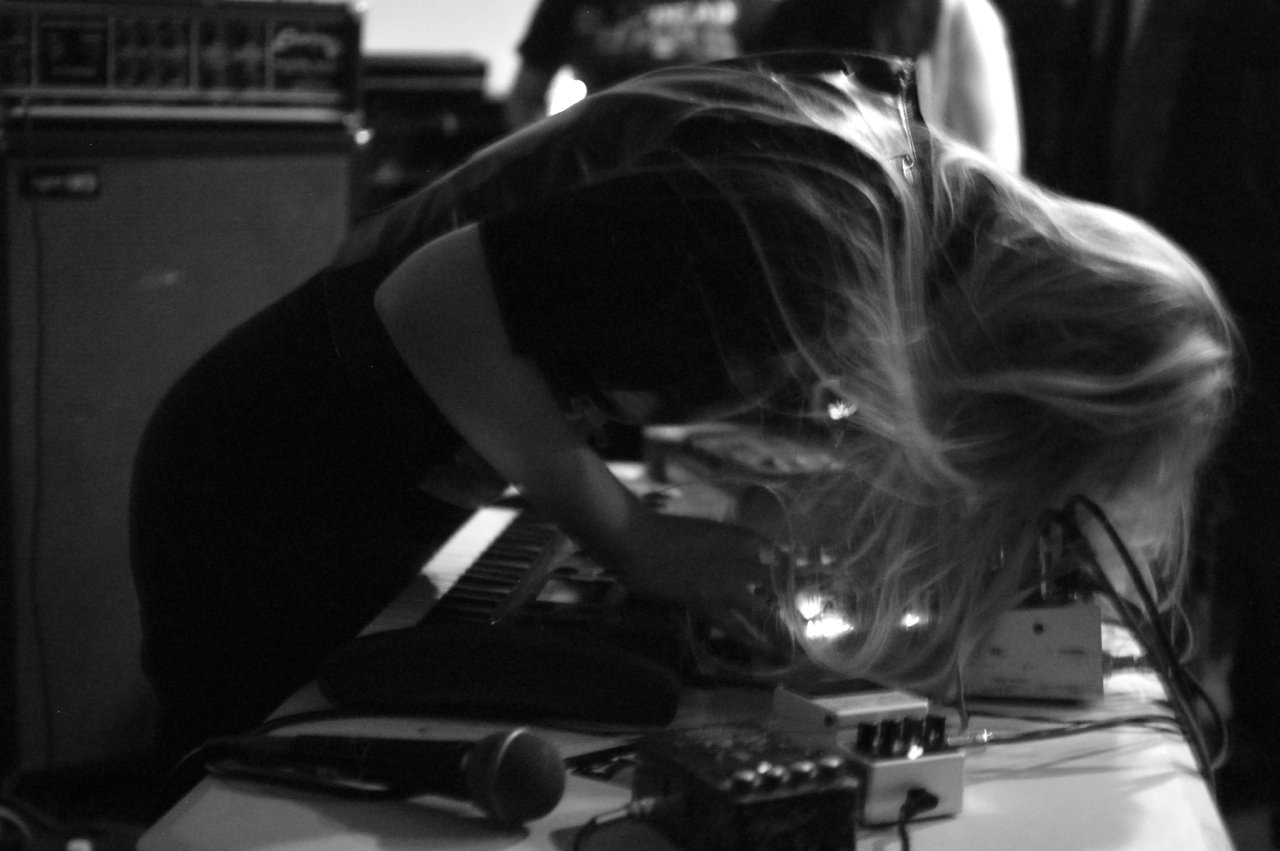 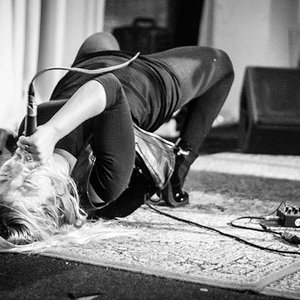 1) Pharmakon is the noise / death industrial project of Margaret Chardiet, which has been operating out of The Red Light District collective in New York City since 2007.
2) Pharmakon is a two-piece black metal band from Melbourne, Australia formed in 2010.

1)Thus far, Pharmakon has released a self-titled EP out on Bloodlust! in 2008 and three full-lengths (Abandon, Bestial Burden and Contact) on Sacred Bones Records. Chardiet is also a member of the projects Throat and Cheena. Margaret Chardiet was born and raised in New York City . As a founding member of the Red Light District collective in Far Rockaway, NY she has been a figurehead in the underground experimental scene since the age of seventeen. She points out that the environment there amongst so many other experimental artists (amongst them Yellow Tears & Haflings) inspired her to keep making increasingly challenging work. She describes her drive to make noise music as something akin to an exorcism where she is able to express, her “deep-seated need/drive/urge/possession to reach other people and make them FEEL something in uncomfortable/confrontational ways.” Engineered by Sean Ragon of Cult of Youth at his self-built recording studio Heaven Street, Abandon is Pharmakon’s first proper studio album and also her first widely distributed release.

Unlike other experimental projects, Pharmakon does not improvise when performing or recording. She is concise and exact; each song/movement is linear with a clear trajectory. Perhaps more than any other style of music, noise is a genre almost exclusively dominated by male performers. Spin Magazine is apt to point out that her,“perfectionism might explain why her recordings are few and far between—a rarity in a scene where noise bros are want to puke out hour after endless hour of stoned basement jams into a limitless stream of limited-edition tapes. Her music may be as cuddly as a trepanning drill, but it’s also just as precise: She glowers in measured silence as often as she shrieks, and every serrated tone cuts straight to the bone, a carefully calibrated interplay between frequency and resistance.” The songs on this album were all written and recorded during a turbulent three month time period during which several fundamental life changes forced her to begin living in a completely new way and in a new space. She describes the lyrical themes of this album as being about, “Loss. Losing everything. Relinquishing control. Complete psychic abandon. Blind leaps of faith into the fire, walking out unscathed. Crawling out of the pit.”

2) Pharmakon is a two-piece black metal band from Melbourne, Australia formed in 2010. Demo will be available on cassette tape and digital download. http://www.myspace.com/pharmakonblackmetal