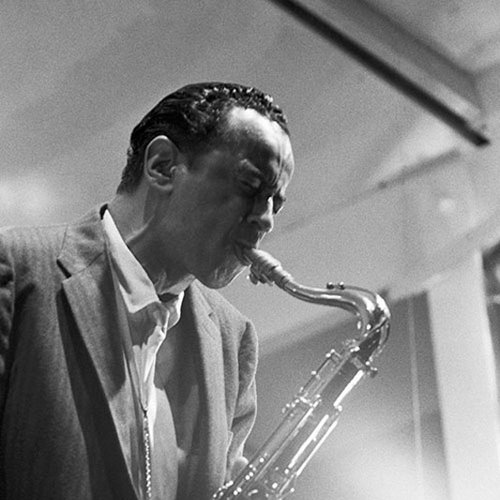 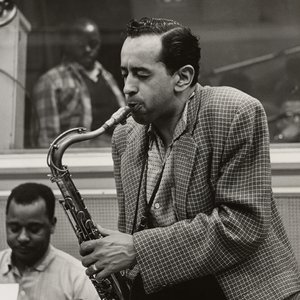 Paul Gonsalves (July 12, 1920, Brockton, Massachusetts - May 15, 1974, London, England), an American jazz tenor saxophonist, was considered one of the best and most tasteful players on his instrument. But no review of his musicianship is ever left untouched by the performance that made his name in the first place—the near-riot he caused at the 1956 Newport Jazz Festival, with an arresting, 27-chorus solo, in the middle of Duke Ellington's performance of "Diminuendo and Crescendo in Blue".

Linking two of Ellington's late-1930s blues compositions ("Diminuendo in Blue," "Crescendo in Blue"), the Gonsalves performance had been seeded a few years earlier, after Ellington had shelved his first idea for conjoining the two songs, a wordless-vocal interlude called "Transblucency." In fact the Paul Gonsalves "Wailing Interval" seems to have been performed first at Birdland in New York City, on June 30, 1951. As with Newport 1956, there are 27 or 28 choruses of Paul Gonsalves' solo. Furthermore it could be argued that the Birdland performance far surpasses that of Newport 1956 as an example of Gonsalves' power and inventiveness as a blues soloist. This is despite the fact after 5 or 6 choruses Gonsalves becomes out of sync with the rhythm section by a whole bar during an attempt at an overly complicated rhythm pattern in his improvising. It is clear from the recording that nobody notices this until the last few choruses of this mammoth solo!


Paul Gonsalves, 1967All that aside, it was the Newport 1956 performance that made the headlines. Staying tightly on the beat, repeating certain theme lines he improvised along the way without overdoing them, and accompanied only by Ellington at the piano, bassist Jimmy Woode, and drummer Sam Woodyard, Gonsalves by the seventh chorus had kicked the audience into a slowly swelling round of noisy applause and cheering that didn't let up for the remainder of the piece. Even more mayhem erupted when a platinum blonde jumped out of her seat and started dancing frantically to Paul's solo.

So loud and excited had the crowd become that Ellington—against the wishes of festival organisers, but knowing that stopping then might have caused a genuine riot—shifted to some less rhythmically vigorous material to bring them back down. The performance became the centerpiece of a live Ellington album from the festival; it resurrected Ellington as a major attraction and gave him (and, for time enough, Columbia Records's jazz catalog) the best-selling recording (Ellington at Newport) of his long and distinguished career.

It also made certain Ellington's forthcoming Time magazine feature, spearheading a profile on the apparent resurrection of jazz, would get almost as much attention as the band's acclaimed performance at Newport did. It guaranteed Ellington's longevity as a working bandleader and composer. (Years later, whenever he was asked about his earlier career, Ellington puckishly liked to reply, "Why, that was before my time. You know I was born at Newport.")

And, finally, it guaranteed that Gonsalves would be a major Ellington attraction for as long as he remained with the band, which was for the rest of Ellington's life. Gonsalves was a featured soloist in numerous Ellingtonian settings, but the memory of "Diminuendo" usually helped assure he'd be handed the job for any piece calling for an extended tenor saxophone solo. Gonsalves was also much liked as a personality; his friendliness with audiences, including an occasional habit of stepping down from the stage to play his horn directly to fans (and especially to young children), earned him the nickname "The Strolling Violins" within the Ellington organisation.

Born in Brockton to Cape Verdean parents, Paul's first instrument was the guitar, and as a kid was supposed to play Portuguese folk songs for his family, a job he definitely didn't like.

He grew up in New Bedford, and came to local renown as a member of the Sabby Lewis Orchestra.

His first professional engagement in Boston was on tenor saxophone with the Sabby Lewis band, in which he played before and after his military service during World War II.

After a lifetime of being addicted to alcohol and narcotics, Paul Gonsalves died of a drug overdose in London a few days before Duke Ellington passed away - Mercer Ellington refused to tell Duke of his death, fearing the shock may further accelerate his father's decline. Both Ellington and Gonsalves, along with the trombonist Tyree Glenn, lay side by side in the same New York funeral home.

The 1999 remaster/reissue of Ellington at Newport– restored and expanded to include the entire, original concert (the original album was doctored with post-production studio overdubbing, including audience noise extracted from other portions of the evening dubbed onto "D & C") reintroduced the performance that made Gonsalves a household name in the first place.