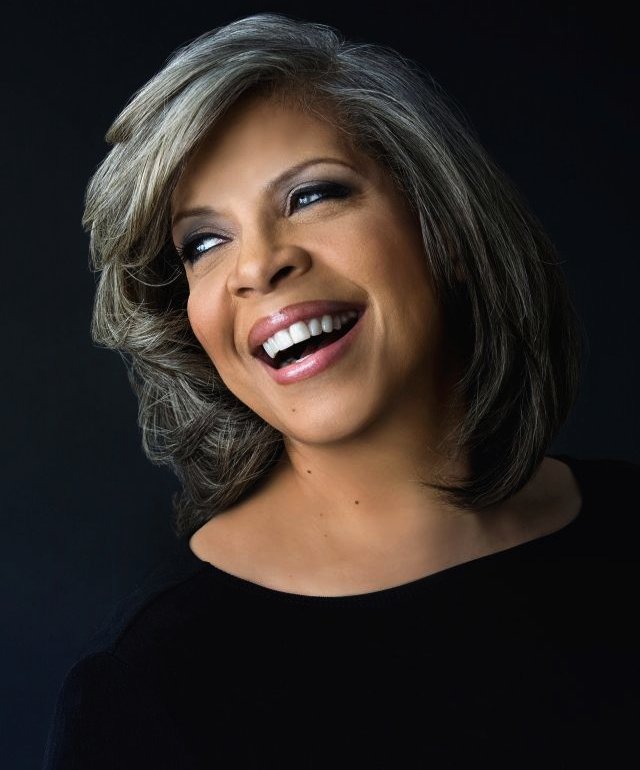 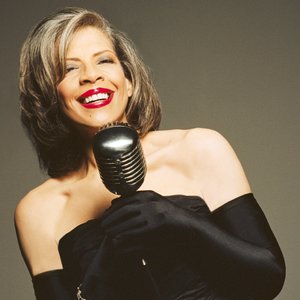 Patti Austin (born August 10, 1950, in Harlem New York) is a Grammy Award winning singer who records in various styles of secular music including Adult Contemporary, Dance-pop, Pop, Soul, R&B, and Jazz. She made her debut at the Apollo Theater at age four and had a contract with RCA Records when she was only five. Quincy Jones and Dinah Washington have proclaimed themselves as her godparents.

By the late 1960s Austin was a prolific session musician and commercial jingle singer. By the 1980s she was signed to Jones's Qwest Records and she began having hits. She charted twenty R&B songs between 1969 and 1991 and had success on the Hot Dance Music/Club Play chart, where she hit number one in 1981 with "Do You Love Me?" / "The Genie."

The album containing that hit, Every Home Should Have One, also produced her biggest mainstream hit. "Baby, Come To Me," a duet with James Ingram, peaked at number 73 on the Billboard Hot 100 in early 1982. After being featured as the love theme in a prominent storyline on the soap opera General Hospital, the song re-entered the Billboard Hot 100 chart in October and went to number one in early 1983.

Next Austin released her third album in three years entitled "Gettin' Away With Murder". In addition to the title track, she had two more hit singles, "Honey For The Bees" (#24 R&B and #6 Dance) and "The Heat of Heat". Produced by Jimmy Jam & Terry Lewis, noted for their later work with Janet Jackson, the latter track returned Austin to the top 15 of the R&B charts for what would be the last time to date. It would also be her last Hot 100 charting to date, peaking at number 55, although she would score a top-5 dance hit with the single Reach that appeared originally on her 1994 CD That Secret Place (GRP Records). "Gettin' Away With Murder" used producers Russ Titelman, Tommy LiPuma, Monte Moir (of "The Time"), and Jimmy Jam and Terry Lewis. Billy Joel (Austin sang background on his "Just The Way You Are"), Dan Hartman, friends Luther Vandross and Jocelyn Brown, along with Chaka Khan were among the background vocalists on the project, with successful songwriters, Randy Goodrum, Michael Bolton, Jam & Lewis plus several other big name writers offering up their best compositions on what was likely a big budget affair. She next appeared with Jeff Bridges and Joan Allen in Francis Ford Coppola's critically acclaimed period piece Tucker: The Man and his Dream (1988). That year, Austin released The Real Me, a collection of standards which garnered her the first of several Top 10 showings on the Jazz Albums chart. "The Real Me" was chiefly produced by David Pack who had been a part of the Pop group Ambrosia. Austin served as a co-producer and as Executive Producer on the project. Austin sang "It's the Falling in Love" with Michael Jackson on his album Off The Wall. Other duet partners include George Benson ("Moody's Mood for Love" and "Keep Your Dreams Alive"), and Luther Vandross ("I'm Gonna Miss You In The Morning"). Earlier she'd recorded featured duets with Frankie Valli and The Four Seasons on "Our Day Will Come" and "Swearin' To God" with little billing. Austin also sang lead and background vocals on many contemporary Jazz instrumentalists' records in the 1970s. In 1985 she sang lead vocals on a collaboration with her producer, Narada Michael Walden, and the single, "Gimme, Gimme, Gimme", went top 40 on the R&B charts. In 1991, she recorded the duet "You Who Brought Me Love" with music legend Johnny Mathis, which was received with critical acclaim. That same year she was invited to be a guest on a Johnny Mathis television special that was broadcast across North America.

During a 2007 interview promoting her latest recording, Austin reflected how as a teenager she reluctantly attended one of Judy Garland's last concerts and the experience helped focus her career, stating "She (Judy Garland) ripped my heart out. I wanted to interpret a lyric like that, to present who I was at the moment through the lyric."

In 2007 Patti Austin participated in the Avo Session Basel with a program dedicated to Ella Fitzgerald.

In 2008, fifty-three years after getting her first record contract, Patti Austin was awarded her first Grammy Award, winning Best Jazz Vocal Album for "Avant Gershwin" at the 50th annual Grammy Awards. The award came for her ninth nomination in that category.

Austin is co-producer and one of over 70 artists singing on "We Are the World: 25 for Haiti", a charity single in aid of the 2010 Haiti earthquake.

In 2011 Austin released a mostly covers album project titled "Sound Advice" which contained re-works of Bob Dylan's "Gotta Serve Somebody", Brenda Russell's "A Little Bit Of Love", a lesser known Jacksons tune, "Give It Up," her tribute to late friend/collaborator, Michael Jackson, a cover of Bill Withers, "Lean On Me" which she first sang at a milestone birthday for her Godfather Quincy Jones. Also on "Sound Advice" standout performances of Don McLean's "Vincent" (aka Starry Starry Night) and a deeply female take on "My Way." Austin wrote the anthemic "The Grace Of God" after watching an episode of the old "Oprah Winfrey Show" which featured a facially scarred woman … Keeping relevant, Austin offered the bouncy slice of Pop/Rock/RandB "Round And Round" including the latest trendy vocal effects, though Austin remains one singer who clearly needs no such production techniques to cover a crystal clear, flexible, and knowing voice imitated by many, duplicated by none. Austin co-wrote and sings in the star-studded L.O.V.E. - Let One Voice Emerge, encouraging especially younger Americans to get out there and exercise their right to vote.

Austin appears in the Academy Award-winning documentary film 20 Feet from Stardom (2013), which premiered at the Sundance Film Festival and was released on 21 June 2013. She is working on an upcoming, as yet untitled duets album project with James Ingram.