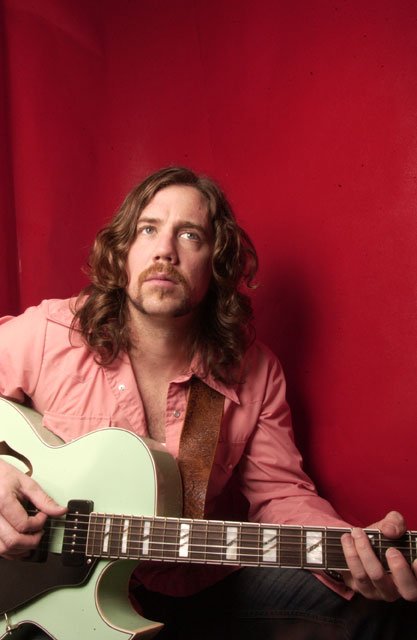 Patrick Sweany began his career as an acoustic bluesman, but as the years passed his sound expanded, becoming grounded in funky blues-rock that occasionally veered into spacy settings. In his early years, Sweaney stuck around his native Ohio, but in 2006 he signed a deal with Nine Mile Records. From that point forward, he recorded regularly, slowly building up a fervent following.

Born on April 26, 1974 in Massillon, Ohio, a small town 20 miles south of Akron, Patrick Sweany turned professional in the late '90s. First, he became a fixture at regional blues festivals, then in 1999 he put out his debut I Wanna Tell You on Ayao Records. Sweany switched from acoustic to electric in 1991, assembling a band that notably featured Dan Auerbach, a guitarist who would later gain fame as the leader of the Black Keys. Over the next few years, he ground away on the blues circuit, releasing henryfordbedroom on Ayao in 2003.

By this point, Sweany's career started to gain momentum due to his appearances on streaming services. Close to the Floor appeared in 2013 and Daytime Turned to Nighttime arrived in 2015. Sweany expanded his sonic horizons on Ancient Noise, a 2018 album recorded at Sam Phillips Recording.