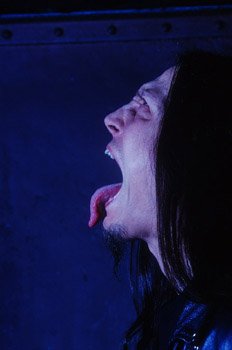 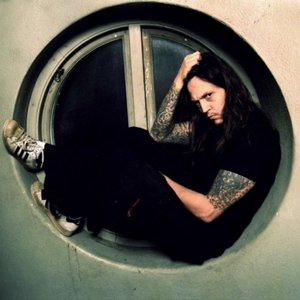 There are at least five bands called "Pain".

1. Sweden’s Pain is an industrial metal band. The band started out as a hobby project for Hypocrisy front man Peter Tägtgren, whose idea was to fuse metal with electronic influences. Tägtgren is the only official member. Pain’s self titled debut was released in 1996, and since, Pain has released 8 albums and 2 DVDs

“MUSIC IS everything to me. I’ve been through two divorces and a whole world of shit because of music but still it is the most important thing in the world to me. I’d rather have music than anything else.”

So speaks 36-year-old Peter Tägtgren, musician, producer and creative brain behind Pain. His has been a life immersed in music, in pushing boundaries, and taking ideas to both their logical and illogical extremes. It’s been a career that has involved fronting bands – notably Hypocrisy, and now Pain – or shaping their sounds – as he has done with Celtic Frost, Children Of Bodom, Dimmu Borgir and Immortal, among others. It’s a calling that has made him one of Sweden’s most respected musicians and producers. But, with Pain’s new album ‘Psalms Of Extinction’, he now wants to take things one step further. Now, in his own words, he’s ready to make his band Pain, “the biggest fucking band in the genre. I want this to be huge on a worldwide scale.”

TÄGTGREN’S CAREER began in Hypocrisy, the atmospheric death metal band that he created, fronted and led. “But, in 1996,” Tägtgren says, “I realised I wanted to write some more heavy metal based music. I didn’t want to change Hypocrisy because I didn’t think that band had finished developing in its own genre. I really wanted to allow that to happen but I also wanted to experiment with other sounds. That’s why I set up Pain.”

The correct website for this Pain is http://www.painworldwide.com
and their label's Pain profile is http://www.nuclearblast.de/de/label/music/band/about/70947.pain.html

2. Forming in 1994, the punk rock band is a musical ensemble comprised of seven members that originated in Tuscaloosa, Alabama. Their song "Jabberjaw" was commissioned for Cartoon Network's Adult Swim as a short music video placed into the ad rotation.

Pain's sound is sometimes confused with ska/ska-punk, due to similarities in instrumentation and similar sensibilities to third-wave ska-punk bands, but it cannot be accurately described as ska since it does not utilize the ska beat. The band includes a trumpet, trombone, and saxophone, which are often found in ska bands, but the band members have stated numerous times that they are not a ska band – in fact they have claimed that they do not like the ska genre. The band is perhaps best defined by their fast-paced lyrics and clever rhythm schemes, both instrumental and spoken. Pain's lyrics are often humorous, touching lightly upon such subjects as Dungeons and Dragons as well as Greek and Arthurian legends, often creating entire plots and stories about fictional characters.

Many of their songs are nostalgic and humorous, while others have philosophic undertones. Despite these subtleties, they maintain a frenzied, bouncy sound and an ironic sense of humor which sets them apart from the mainstream scene.

In mid-2009, the band released the DVD retrospective "In a Band," chronicling the band's 7-year career with over 5 hours of video, audio, and photo content.

3. A Dutch industrial/noise project active in the early 1980s, released on Kubus Kassettes

5. A Swedish punk band from the early 1980s, actually called The Pain.

8. A Rapper from Escondido, CA used to go by the name PAIN

9. Pain is a rapper from Czechia, based in Prague.

10. Thomas Ricciardi, more commonly known as Pain, is a dubstep producer based in Philidephia who has released on the likes of Reinelex, Interval Audio, Jerry's Clubhouse, and Disciple Round Table. Ricciardi also releases music on SoundCloud under the aliases Wrath and itami.