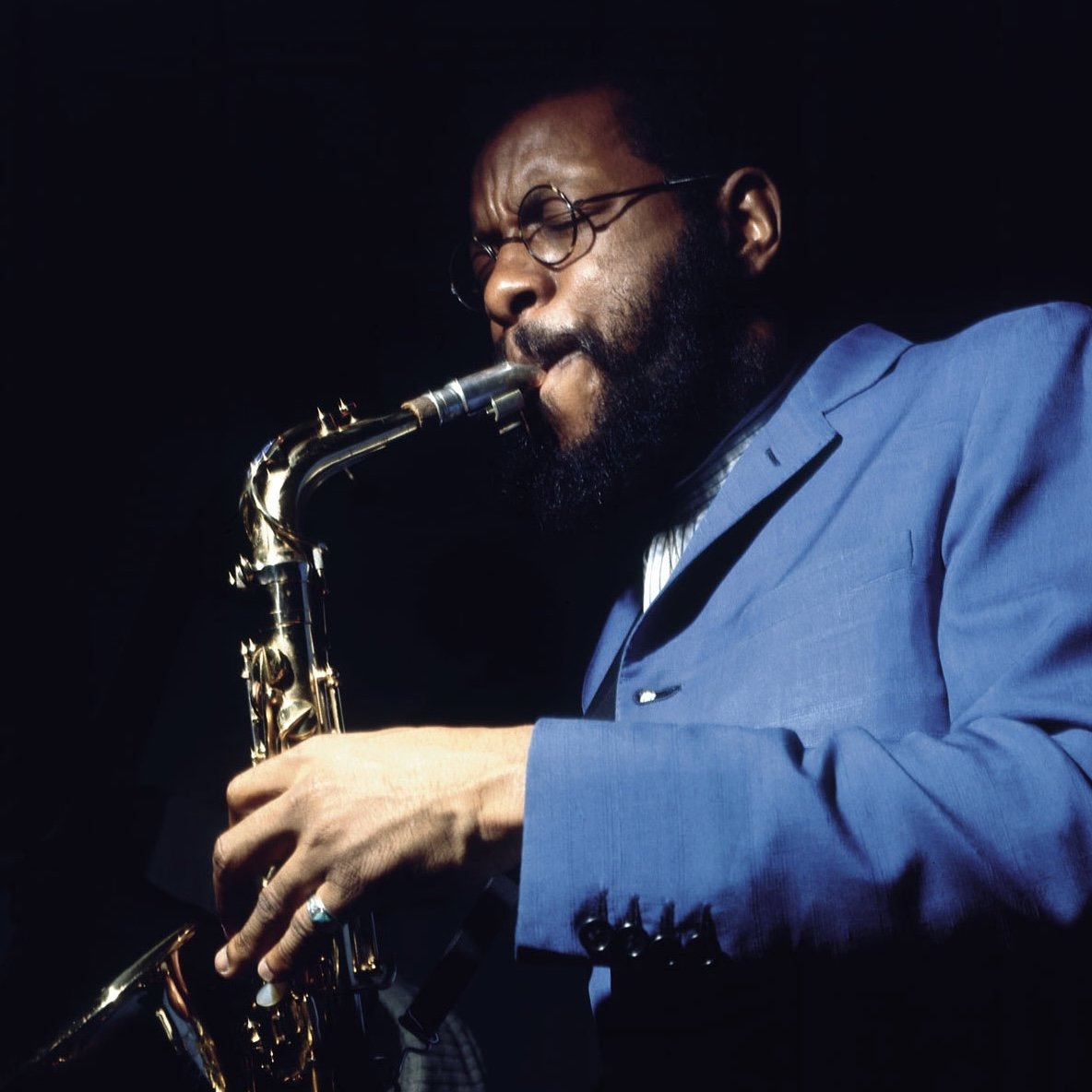 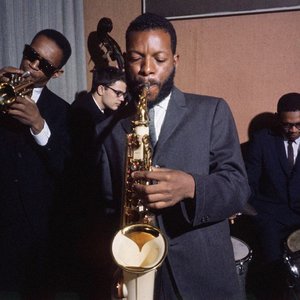 Ornette Coleman (March 9, 1930 - June 11, 2015) was an American jazz saxophonist, violinist, trumpeter, and composer. He was one of the founders and major innovators of the 1960s free jazz movement and one of the most notable figures in jazz history.

Coleman was born in 1930 in Fort Worth, Texas where he participated in his high school band until being dismissed for improvising during "The Washington Post" march. He began performing rhythm and blues and bebop, initially on tenor saxophone. He later switched to alto, which has remained his primary instrument. Coleman's timbre is perhaps one of the most easily recognized in jazz; his keening, crying sound draws heavily on the blues. Part of the uniqueness of his sound came from his use of a plastic saxophone on his classic early recordings (Coleman claimed that it sounded drier, without the pinging sound of metal), though in more recent years he has played a metal saxophone.

Coleman is most famous for his albums The Shape of Jazz to Come (1959), Free Jazz (1961), and Skies of America (1972). In The Shape of Jazz to Come, he and his famous quartet, consisting of Don Cherry on trumpet, Charlie Haden on upright bass, and Billy Higgins on drums, play solos free of a chordal structure, due in part to the absence of the pianist or guitarist that had been traditional in jazz. On Free Jazz, Coleman brings together his quartet from the previous album, together with multi-instrumental reedist Eric Dolphy, trumpeter Freddie Hubbard, bassist Scott LaFaro, and drummer Ed Blackwell for a forty-minute double-quartet recording. This recording was perhaps his most controversial because it featured dense instrumentation with only brief and dissonant moments of composition, allowing for horn players to chime in to accompany the soloist, and because it contributed the name "Free Jazz" to the avant-garde jazz movements of the 1960s. Skies of America is Coleman's first symphony, recorded by the London Symphony Orchestra. Coleman can be heard playing on this recording, beginning with the movement "The Artist in America".

In the 70s, Coleman, like Miles Davis before him, took to playing with electrified instruments. The 1976 jazz-funk album Dancing in Your Head, Coleman's first recording with the group which later became known as Prime Time, prominently featured electric guitars. While this marked a stylistic departure for Coleman, the music maintained certain similarities to his earlier work. These performances had the same angular melodies and simultaneous group improvisations – what Joe Zawinul referred to as "nobody solos, everybody solos" and what Coleman called 'harmolodics' – and although the nature of the pulse was altered, Coleman's rhythmic approach did not. Harmolodics encompassed the central musical approach of Coleman's later period, and he has explained it variously in depth, particularly in an interview with the WIRE magazine 257, July 2005 issue.

In the 1980s, albums like Virgin Beauty and Of Human Feelings continued to use rock and funk rhythms, sometimes called free funk. Jerry Garcia played guitar on three tracks from Coleman's 1988 album Virgin Beauty: "Three Wishes", "Singing in the Shower", and "Desert Players". Coleman joined the Grateful Dead on stage once in 1993 during "Space", and stayed for "The Other One", "Stella Blue", Bobby Bland's "Turn on Your Lovelight", and the encore "Brokedown Palace". Another collaboration was with guitarist Pat Metheny, with whom Coleman recorded Song X (1985); though released under Metheny's name, Coleman was essentially a co-leader, having contributed to all the compositions.

In 1991, Coleman played on the soundtrack for David Cronenberg's Naked Lunch; the orchestra was conducted by Howard Shore. It is notable among other things for including a rare sighting of Coleman playing a jazz standard: Thelonious Monk's blues line "Misterioso". The mid-1990s saw a flurry of activity from Ornette: he released four records in 1995 and 1996, and for the first time in many years worked regularly with piano players (either Geri Allen or Joachim Kühn).

In September 2006 a live album titled Sound Grammar with his newest quartet (Denardo drumming and two bassists, Gregory Cohen and Tony Falanga) was released. This was Coleman's first album of new material in ten years, and was recorded in Germany in 2005. It eventually won the 2007 Pulitzer Prize for music, making Coleman only the second jazz artist to win the prize.

Coleman continued to push himself into unusual playing situations, often with much younger musicians or musicians from radically different musical cultures. An increasing number of his compositions, while not ubiquitous, have become minor jazz standards, including "Lonely Woman", "Peace", "Turnaround", "When Will the Blues Leave?", "The Blessing", "Law Years", "What Reason Could I Give" and "I've Waited All My Life". He has influenced virtually every saxophonist of a modern disposition, and nearly every such jazz musician, of the generation that followed him. His songs have proven endlessly malleable: pianists such as Paul Bley and Paul Plimley have managed to turn them to their purposes; John Zorn recorded Spy vs Spy (1989), an album of extremely loud, fast, and abrupt versions of Coleman songs. Finnish jazz singer Carola covered Coleman's "Lonely Woman" and there have even been progressive bluegrass versions of Coleman tunes (by Richard Greene).

Ornette Coleman died of a cardiac arrest at the age of 85 in New York City on June 11, 2015. His funeral was a three-hour event with performances and speeches by several of his collaborators and contemporaries.