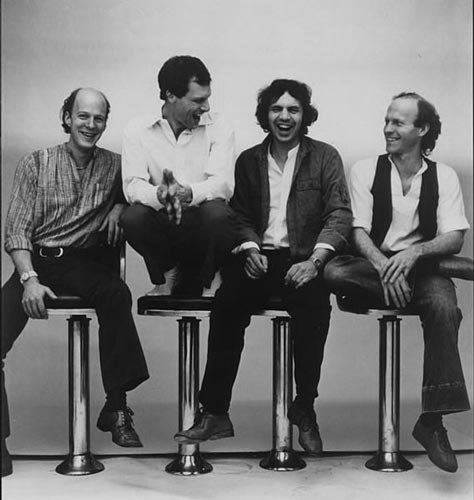 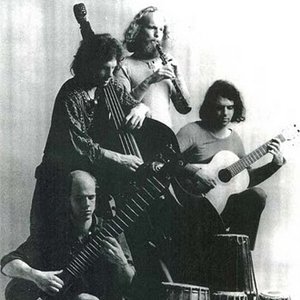 Oregon was one of the first prominent fusions of jazz and music from around the world, practically inventing the genre of World Jazz by example. The band was an outgrowth of the Paul Winter Consort of the 60s. Ralph Towner (guitar, keyboards, trumpet), Paul McCandless (woodwind instruments), Glen Moore (double bass, violin, piano) and Collin Walcott (percussion, sitar, tabla) blended Western and Indian styles of improvisation into music that also had elements of folk and avant-garde. They have also augmented their sound with other musicians such as Elvin Jones and Zbigniew Seifert as well as an orchestra. After Walcott's death in 1984, Trilok Gurtu contributed percussion, later to be followed by Mark Walker, who plays a conventional drum kit.