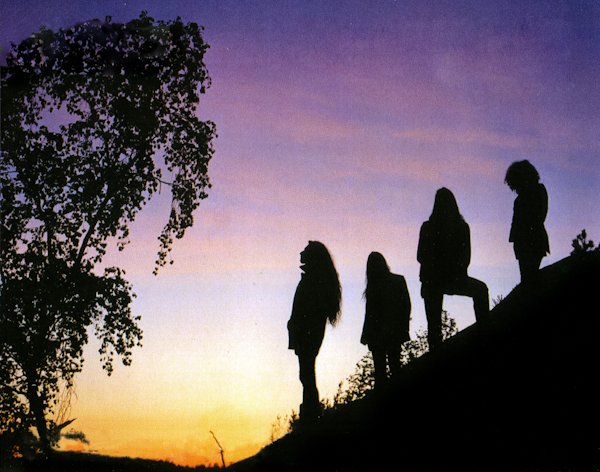 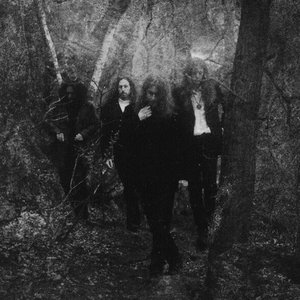 Opeth is a progressive metal band from Sweden that is influenced by many diverse musical styles ranging from 1970s progressive rock to death metal, Their recent releases have deviated from their traditional death metal-influenced style, with more emphasis on progressive elements. Frontman and vocalist Mikael Åkerfeldt is also noted for utilizing both clean singing and death growls, often in the same song. Due to their unique blend of melodic and progressive elements, Opeth are often classified separately from more typical death metal acts. The name Opeth was taken from Wilbur Smith's novel Sunbird, and derived from Opet, a city of the moon named in the novel.

History
Opeth was formed in Stockholm, Södermanland, Sweden in 1990 by David Isberg. Isberg invited Mikael Åkerfeldt to join the band at a practice session as a bass player, but failed to inform the current bass player or any of the other members of the band. Because of this, all band members except for Isberg quit, and Åkerfeldt soon joined Opeth after his band, Eruption, faltered. With Åkerfeldt on guitar and David Isberg on vocals, Opeth still lacked members and needing more, they were soon joined by long-time friend of Åkerfeldt and former Eruption drummer Anders Nordin and Nick Döring on bass. Andreas Dimeo was recruited as a second guitarist. Rehearsing in an elementary school with old equipment they had found, this lineup lasted less than a year and only played one show. In 1991 they spent the summer rehearsing on the island of Hamnholmen outside Stockholm with their old school friend and bass player Max Jaderberg, who suggested a more prominent bass sound.

After their first performance, Andreas Dimeo and Nick Döring quit the band. For the second performance, guitarist Kim Pettersson and bassist Johan DeFarfalla joined the group. After the show, DeFarfalla left to spend time with his girlfriend and did not return until 1994. Pettersson stuck with the band for another show before leaving in late 1991. DaFarfall was replaced by Peter Lindgren, playing the bass. However, once Pettersson left, Lindgren returned to the guitar, his original instrument. Isberg left the band in early 1992 due to creative differences and boredom. Since Mikael had previous experience as a vocalist from fronting Eruption, he became the new vocalist and immediately began writing material with Peter Lindgren. They rehearsed as a 3-piece for more than a year but eventually found a new bass player, Stefan Guteklint, who was dismissed by the band before they signed their record contract with Candlelight Records.

Impressed by their originality, Candlelight Records released their debut full-length Orchid in 1995. It featured a rhythm section of bassist Johan DeFarfalla and drummer Anders Nordin. Dan Swanö, of Edge of Sanity fame, produced the band's ambitious second album Morningrise in 1996. After this Opeth embarked on a brief tour with Morbid Angel. Century Media took notice and not only licensed Opeth's first two albums for the United States, but also planned on releasing their next album on both sides of the Atlantic.

The next album would introduce a change in style as well as line-up. With the recruitment of bassist Martin Mendez to replace DeFarfalla and drummer Martin Lopez (ex-Amon Amarth) replacing Nordin, Opeth's third album, entitled My Arms, Your Hearse, was released in 1998 to glowing reviews, establishing the band as a leading force in progressive metal with death roots. The album is conceptually based on a character who dies and returns to Earth as a ghost.

1999's Still Life displayed even more of the band's progressive rock influences, and the following year the band played its first U.S. concert at the Milwaukee Metalfest. This was the first album on which Martin Mendez contributed. Like My Arms, Your Hearse before it, Still Life is also a concept album, revolving around a man who is banished from his village for dissenting religious beliefs. The album then then regals the tale of his courtship of the character Melinda.

Their next album, Blackwater Park, was released in early 2001 and was titled after an obscure psychedelic progressive rock band from the '70s. Blackwater Park is considered to be Opeth's magnum opus and the defining document of their career. The album created a huge buzz among progressive metal fans, who had begun to lump the band in with other experimental metal bands like Tiamat. It was the first of three albums that Steven Wilson of Porcupine Tree fame would produce. Wilson also contributed backing vocals and guitar.

Instead of waiting until the buzz died down, the band released Deliverance (also known as D1) in the fall of 2002, which was intended to be a double album, Damnation (or D2) comprising the other half. Deliverance presented the typical death metal aspect of Opeth while Damnation presented a new side of Opeth: the album that was almost completely devoid of any heavy metal trappings and focused instead on acoustic instruments and traditional songwriting. Steven Wilson again contributed by co-authoring one song, Death Whispered a Lullaby, and by providing backing vocals and playing mellotron, piano, electric piano, keyboards, and guitar.

Opeth then released a DVD, "Lamentations", filmed in England during the Damnation Tour, in fall of '03. It featured the Damnation album in its entirety along with some highlights from the previous two albums. Now signed to the major label Roadrunner Records, Opeth's next album Ghost Reveries arrived in 2005 and proved to be a return to form for the band. Shortly before the recordings of this album, Per Wiberg (Spiritual Beggars) officially joined the band to play keyboards, as he did on the tour that supported Damnation. He can also be seen on the "Lamentations" DVD. More lineup changes followed in May of 2006, when long time drummer Martin Lopez left the band due to complications from a rare disease he has. After a short delay, he was replaced by Martin Axe Axenrot, former drummer of Bloodbath.

On May 17th, 2007, an open letter from Peter Lindgren was posted on the official Opeth website where he wrote that he had decided to leave the band. He said that he had lost some of the enthusiasm and inspiration needed to participate in a band that has grown to become a world-wide industry. It was especially the massive amount of touring, and being away from home for long periods of time that caused this decision. "I have come to a point where I realise I won't be able to give the band 100%, and from both sides this will not be good enough for what Opeth stands for." On the same day Fredrik Åkesson (ex-Arch Enemy, Krux) was announced as the new guitar-player and full-time member of Opeth.

The progressive rock/metal band Dream Theater announced in November of 2007 that Opeth would be joining them on the Progressive Nation 2008 tour. Joining these two bands were Between the Buried and Me and 3.

Opeth's ninth studio album, entitled Watershed was released on June 3, 2008. It was well received by most fans and critics. The first single from the album, Porcelain Heart, was released on April 19th, 2008. The track The Lotus Eater is also available on RoadRunner Record's website for free.