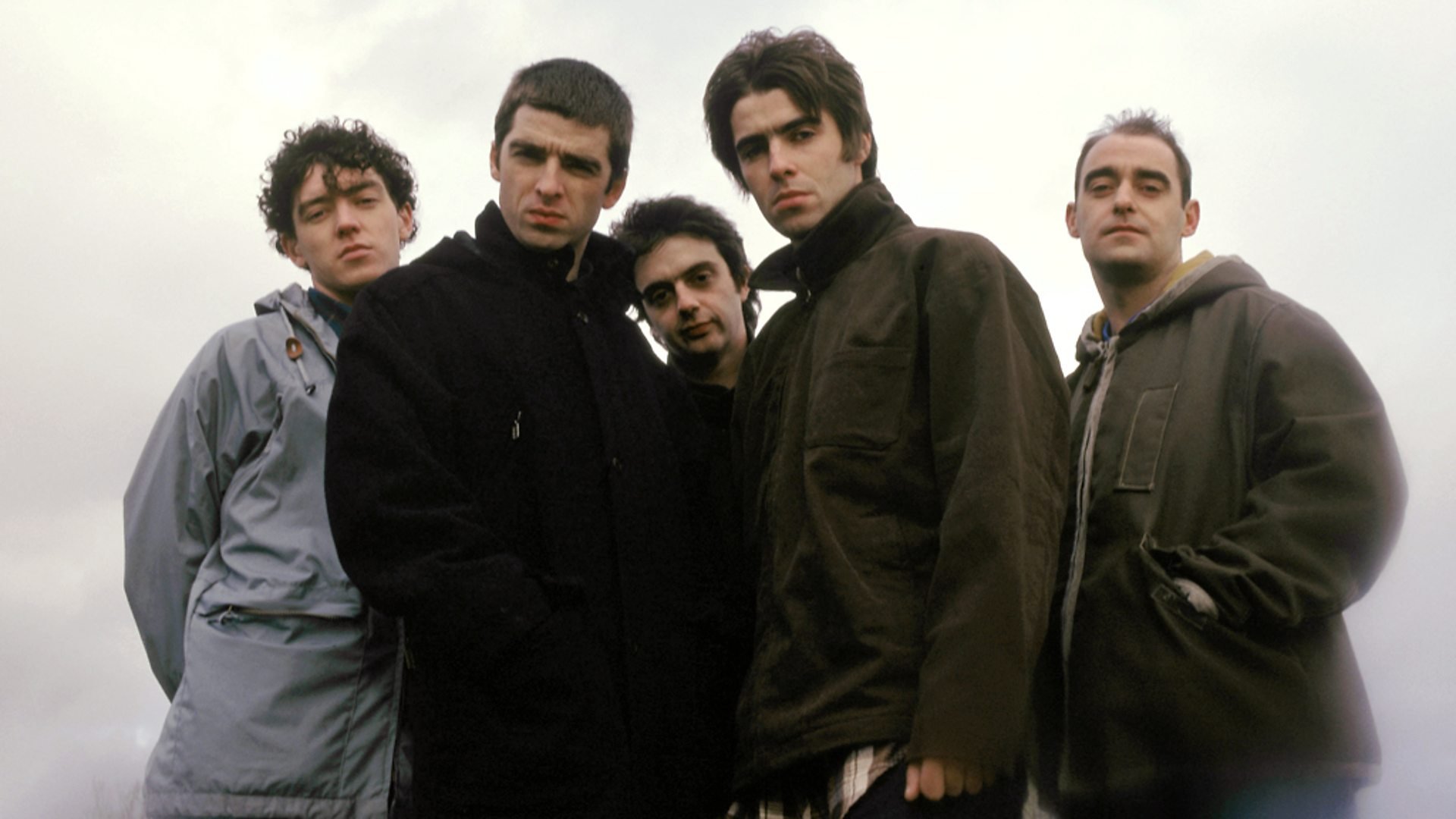 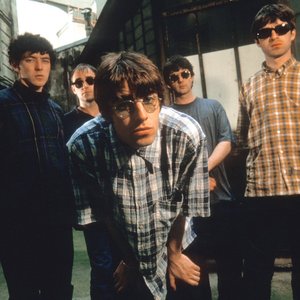 Oasis were an English rock band formed in Manchester in 1991. They were originally known as the Rain before evolving into Oasis. The group initially consisted of Liam Gallagher (lead vocals, tambourine), Paul Arthurs (guitar), Paul McGuigan (bass guitar) and Tony McCarroll (drums). Upon returning to Manchester, Liam's older brother Noel Gallagher (lead guitar, vocals) joined as a fifth member, finalising the band's core line-up. During the course of their existence, they had various line-up changes, though the Gallagher brothers remained as the staple members.

Oasis signed to independent record label Creation Records in 1993 and released their record-setting debut album Definitely Maybe (1994). The following year they recorded (What's the Story) Morning Glory? (1995) with drummer Alan White (Oasis), in the midst of a chart rivalry with Britpop peers Blur. Spending ten weeks at number one on the UK Albums Chart, (What's the Story) Morning Glory? was also an international chart success and became one of the best-selling albums of all time. In addition, it stands as the fifth-best-selling album in the UK and the biggest-selling album in the UK of the 1990s. The Gallagher brothers featured regularly in tabloid newspapers for their disputes and wild lifestyles. In 1996, Oasis performed two nights at Knebworth for an audience of 125,000 each time, the largest outdoor concerts in UK history at the time. In 1997, Oasis released their third album, Be Here Now. It became the fastest-selling album in UK chart history.

However, the group's popularity declined. McGuigan and Arthurs left in 1999 as Oasis released Standing on the Shoulder of Giants (2000). They were replaced by former Heavy Stereo guitarist Gem Archer and former Ride guitarist Andy Bell (Oasis). White departed in 2004, replaced by Zak Starkey and later Chris Sharrock as touring members. Oasis released three more studio albums, Heathen Chemistry (2002), Don't Believe the Truth (2005) and Dig Out Your Soul (2008). The group abruptly disbanded after the departure of Noel Gallagher in August 2009.

As of 2009, Oasis had sold over 70 million records worldwide. They are among the most successful acts on the UK Singles Chart and Albums Chart, with eight UK number-one singles and eight UK number-one albums. The band also achieved three platinum albums in the US. They won 17 NME Awards, nine Q Awards, four MTV Europe Music Awards and six Brit Awards, including one in 2007 for Outstanding Contribution to Music and one for the "Best Album of the Last 30 Years" for (What's the Story) Morning Glory?. They were nominated for two Grammy Awards.

In 1991, bassist Paul McGuigan, guitarist Paul Arthurs, drummer Tony McCarroll, and singer Chris Hutton formed a band called the Rain. Unsatisfied with Hutton, Arthurs invited and auditioned acquaintance Liam Gallagher as a potential replacement. Liam suggested that the band name be changed to Oasis, inspired by an Inspiral Carpets tour poster in the childhood bedroom he shared with his brother Noel, which listed the Oasis Leisure Centre in Swindon as a venue. Oasis played their first gig on 14 August 1991 at the Boardwalk club in Manchester, bottom of the bill below The Catchmen and Sweet Jesus. Noel, who was working as a roadie for Inspiral Carpets, went with them to watch Liam's band play. He and his friends did not think Oasis sounded particularly spectacular, but he began to consider the possibility of using the group as an outlet for a series of songs he had been writing for several years. Noel approached the group about joining on the provision that he would become the band's sole songwriter and leader, and that they would commit to an earnest pursuit of commercial success. Arthurs recalled, "He had loads of stuff written. When he walked in, we were a band making a racket with four tunes. All of a sudden, there were loads of ideas." Under Noel, the band crafted a musical approach that relied on simplicity, with Arthurs and McGuigan restricted to playing barre chords and root bass notes, McCarroll playing basic rhythms, and the band's amplifiers turned up to create distortion. Oasis thus created a sound described as being "so devoid of finesse and complexity that it came out sounding pretty much unstoppable".

After Liam contracted laryngitis, Oasis cancelled a gig at V Festival in Chelmsford on 23 August 2009. Noel stated in 2011 that the gig was cancelled due to Liam having "a hangover". Liam subsequently sued Noel, and demanded an apology, stating: "The truth is I had laryngitis, which Noel was made fully aware of that morning, diagnosed by a doctor." Noel issued an apology and the lawsuit was dropped. The group's manager announced the cancellation of their concert on 28 August 2009 at the Rock en Seine festival near Paris just minutes before it was about to begin, along with the cancellation of the last date at I-Day Festival and a statement that the group "does not exist anymore".