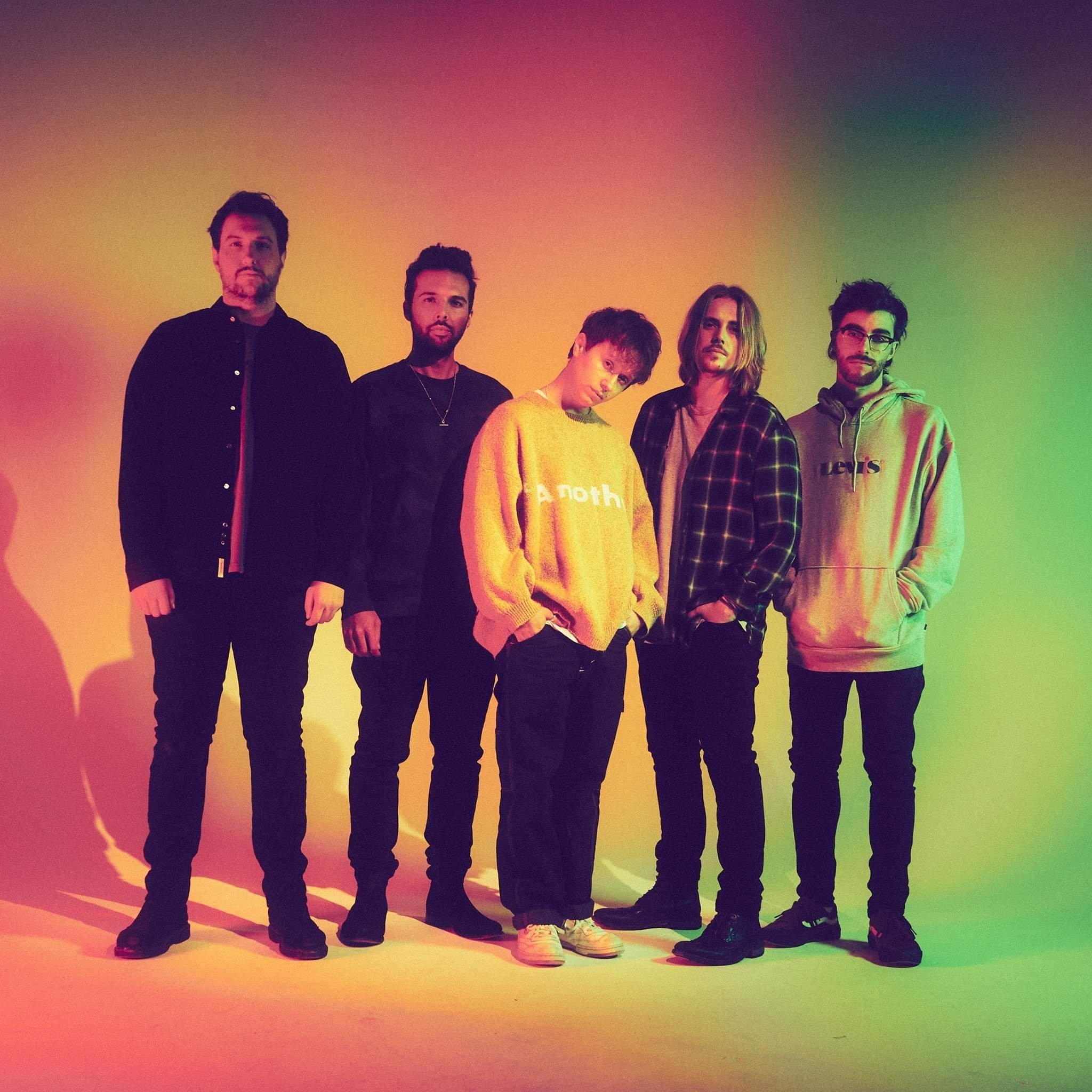 Nothing But Thieves is an English alternative rock band, formed in 2012 in Southend-on-Sea, Essex. They consist of lead vocalist and guitarist Conor Mason, guitarist Joe Langridge-Brown, guitarist and keyboardist Dominic Craik, bassist Philip Blake, and drummer James Price. Their style of music has been compared to the likes of Foals, The Neighbourhood, and Civil Twilight, and they have been played on alternative and active rock radio.

Nothing But Thieves’ origins lie in schoolmates Conor, Joe and Dave’s efforts in a variety of bands in their hometown of Southend, Essex. They gained valuable experience on the local live circuit, even if they weren’t going to change the world. Then Dom joined their school in the sixth form and everything went up a notch. A classically trained guitarist from the age of six, Dom brought a musicality and learning to the table which made everyone sit up and take notice. Not that this puts him on a pedestal with his bandmates. They all agree that it’s the mix of his formal training with Joe’s self-taught chops which lies at the heart of the Nothing But Thieves sound.

They released their debut ep, "Graveyard Whistling" on July 18, 2014. The band's single "Itch" picked up Hottest Record and Track Of The Day accolades on Radio 1 and also made it onto the Radio 1 playlist, as well as being added in regular rotation of Sirius XM new hard-rock channel Octane. The same year they signed to RCA Records.

They released their self-titled debut album on October 16, 2015. Frontman Conor Mason said in an interview about the album: Since this record was our first album we especially wanted to make each song stand out in the best way possible. I guess there are tones, lyrics and themes that tie in throughout the album; however, we generally wanted each song to have its own space and world. Overall, I think we achieved the variety we were after and it’s nice that our fans feel the same way too.

They released a new ep, titled "What Did You Think When You Made Me This Way?" on October 19, 2018. The lead single of the ep, "Forever & Ever More", was supported by a music video. On October 23, 2020, the band released Moral Panic. Which then followed with a tour in 2021 with Yonaka and Airways.