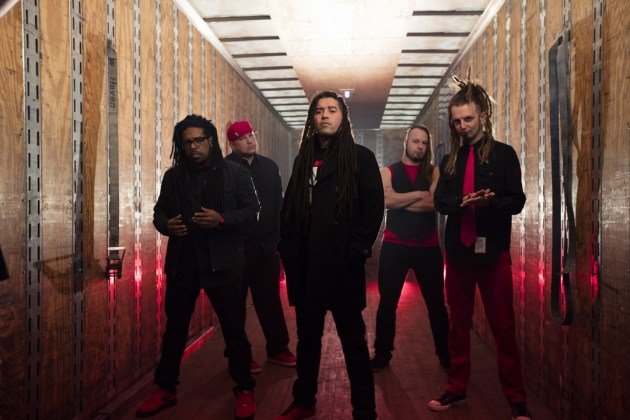 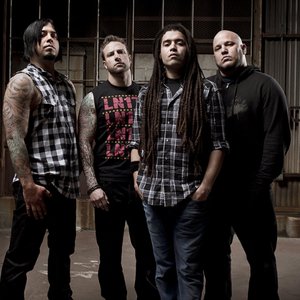 The band created a name for itself in the burgeoning South Florida metal scene of the mid-late '90s. Other notable bands to emerge included Puya, Endo, Darwin's Waiting Room, Lost and The Groovenics.
Nonpoint's first album Separate Yourself was released independently in 1998. The band's first commercially released album Struggle was released on May 18, 1999 on the now defunct Jugular Records.
Statement (2000-2002)
The band released their debut major label album Statement on October 10, 2000 via MCA Records. To promote the album, as well as the band on a nation-wide scale, Nonpoint toured with such heavy weight artists as Hed PE, Mudvayne, Fuel, Taproot, Drowning Pool, Their main tour was appearing on the United States leg of the 2001 Ozzfest tour. A year after its release, the album entered the Billboard 200 charts, where it peaked at #166. The first single from the album, "What a Day", peaked at #24 on the Mainstream Rock charts.
Development (2002-2003)
Nonpoint's second album Development was released on June 25, 2002. The album entered the Billboard charts at #52, with the only single released from the album, "Your Signs", peaking at #36 on the Mainstream Rock charts. Nonpoint completed a successful second appearance at Ozzfest, during the Donington Park leg of the European tour. Other tours included Sevendust on the first Locobazooka tour, Did dates with Filter, Sunset Black, Papa Roach.
Recoil (2003-2004)
Two years after the release of Development, Nonpoint released their third major album Recoil on August 3, 2004 via their new label Lava Records. The album entered the Billboard charts at #115. The album's first single, "The Truth", peaked at #22 on the Mainstream Rock charts. Another single "Rabia" was later released. Tours included Sevendust, Skindred, Dry Kill Logic, Candiria
To the Pain/Live and Kicking (2005-2006)
After departing from Lava Records, Nonpoint signed with independent label Bieler Bros. Records. The label's co-owner, Jason Bieler, produced the band's previous three albums. Nonpoint re-emerged with their fourth major album To the Pain on November 8, 2005. The album entered the Billboard charts at #147, with approximately 9,000 copies sold during its first week of release. The single, "Bullet with a Name", peaked at #22 on the Mainstream Rock chartsand and was featured on the game "WWE SmackDown vs. Raw 2007", and the album's second single, "Alive and Kicking", peaked at #36. The song and was also featured on the game "SmackDown vs. Raw 2007", "In the Air Tonight" (Phil Collins cover), which previously featured on their Recoil album, was the theme song for the Miami Vice movie. It made a belated appearance on the Mainstream Rock charts, peaking at #34. Beginning in late 2005, band toured extensively with Sevendust for three months, later concluding the tour in New Hampshire. Nonpoint toured on the third annual Music as a Weapon Tour with Disturbed, Stone Sour and Flyleaf. also did tours with Sevendust, Buckcherry
Nonpoint released a CD/DVD combo, Live and Kicking, on November 7, 2006. The live album was recorded at the band's April 29, 2006 show in Fort Lauderdale, Florida. The album sold 3,475 copies during its first week of release.
As of September 18, 2008, To the Pain has sold 415,356 copies in the United States.
Vengeance (2007)
On November 6, 2007 Nonpoint released their fifth major album, Vengeance, under Bieler Bros. Records. The album sold 6,400 copies in the first week. Vengeance peaked at 129th on the Billboard charts The first single, "March of War" was released early on the band's Myspace page, as well as a sample of the lead track "Wake Up World."
They went on the first ever Great American Rampage Tour with labelmates Skindred, Ankla and Karnivool. On December 1, 2007 at a show in Florida, Elias broke his ankle during the first song. Despite this, he still sang the last four songs, finishing up their time on stage. On December 2, 2007 in Sayreville, New Jersey (Starland Ballroom) he was helped out on to the stage by band members and played most of the set with his leg propped up on a front speaker. During "Broken Bones" he pointed to his right leg and later explained what happened.
In support of Vengeance the band has also toured with HellYeah, Machine Head, Sevendust, Drowning Pool, Egypt Central, A New Revolution, Skindred, Ankla, Karnivool, 12 Stones, Royal Bliss and Midnight to Twelve.
Departure of guitarist Andrew Goldman
On Wednesday, September 3rd the band announced via their Myspace page that guitar player Andrew Goldman was leaving the band to "pursue interests outside the world of music." This marked the first time since the band's inception that the original members would no longer play together. The band also announced they would begin touring again in October with a new guitar player, later named as Chicago-based guitarist Zach Broderick, formerly of the St. Louis based band Modern Day Zero.
Nonpoint just finished headlining the What Does Not Kill You tour with 12 Stones, A New Revolution, Royal Bliss and Midnight To Twelve.
Nonpoint is now working on a new album, projected to be released summer 09.
The band has announced that in February of 2009 they will embark on a tour with Mudvayne and In This Moment.
On January 20 2009, drummer Robb Rivera announced that the band had parted ways with Bieler Bros. and were seeking a new label and management.