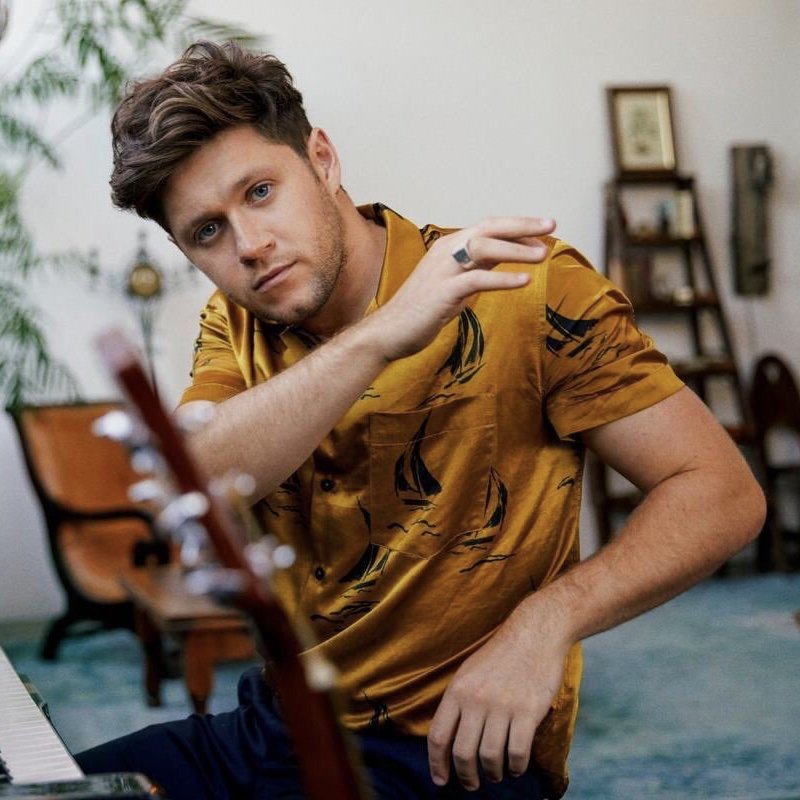 Niall James Horan, known simply as Niall Horan (born 13th September 1993), is a singer-songwriter and musician from Mullingar, Ireland. He is a current member of the four-piece (former five) band One Direction, formed in 2010) and currently on hiatus. Aside from being a singer, Horan is a songwriter, all-round musician, model, golf manager, social influencer and philanthropist.

In 2010, Horan auditioned as a solo contestant for the British X-Factor. Prior to this, Horan performed as a singer across Ireland including a role as a support act for Lloyd Daniels in Dublin. After being eliminated as a solo performer in one of the early stages of the show, Horan joined four other solo contestants to form One Direction. As a group, they ended up third in the competition and got signed by judge Simon Cowell's record label SYCO. The band rose to immense popularity from the very start. In their prestigious career, they have released five albums, embarked on four world tours, and won several awards.

Following the band's hiatus in 2016, Horan signed a recording deal as a solo artist with Capitol Records. His singles "This Town" and "Slow Hands" from his debut studio album Flicker (released in October 2017) reached the top 20 in several countries. The album debuted at number one in Ireland, the Netherlands and the United States, as well as charting within the top three in Australia and the UK.

In August 2017, two months before the release of his album and with only two songs officially released, Horan announced his first solo tour, the Flicker Sessions. The 20-show tour sold out instantly and saw Horan perform songs from his unreleased debut album in intimate venues across the globe.

October 20, 2017, marked the release of Horan's debut album as a soloist, titled "Flicker". Horan's solo debut album was described as being on the "folkier side of pop". The album itself was a great success, receiving good reviews from critics and opening atop the Billboard 200 chart. The album reached number 1 in several countries and debuted in the top three in many more. Singles from the album include the well-received lead single, 2016 release "This Town". Since its release, it has peaked at number nine on the UK Singles Chart and number 20 on the US Billboard Hot 100. The second single, Slow Hands, became a global hit in the summer of 2017. It went straight to number 1 in 44 countries and reached number 11 on the US Billboard Hot 100. These two hits were followed by the singles "Too Much to Ask", "On the Loose" and "Seeing Blind" with Grammy Award winner Maren Morris. Since its release, the album has gone on to sell over 2.5 million copies worldwide and hit a 2.6 billion stream count.

In support of the album, Horan announced the 2018 Flicker World Tour. The 81-show tour started on March 10 in Killarney, Ireland and finished on September 28 in West Palm Beach, USA. The support acts were Grammy Award winner Maren Morris and Grammy Award nominee Julia Michaels, along with several smaller local artists. The tour has received a good amount of positive reviews from critics and fans alike. Alongside his own discography, Horan performed several covers from well-established artists such as Bruce Springsteen, U2, Tom Petty and others. The tour was estimated to have grossed well over $12 million.

On July 6, 2018, Horan released "Finally Free", which was featured as the lead single on the soundtrack for the animated comedy-adventure movie Small Foot.

On 7 December 2018, Horan released an alternate version of his album, recorded in Ireland with the acclaimed 45-piece RTÉ Concert Orchestra. The live album features eight tracks from Horan's debut, reimagined in an acoustic setting with an orchestra supporting his five-piece background band, and one additional new track.

On 19 January 2019, it was announced that Horan featured on the sixth track of Julia Michaels' new EP, Inner Monologue. The song, titled "What a Time", dropped on January 25th. It amassed close to a billion streams and was nominated at the Teen Choice Awards 2019 for Choice Collaboration.

On 26 September 2019, Horan announced his comeback to music after a minor, well-deserved break. After spending several months writing and recording his sophomore album, the lead single "Nice to Meet Ya" was announced. The song and its video dropped on October 4 to positive critiques.