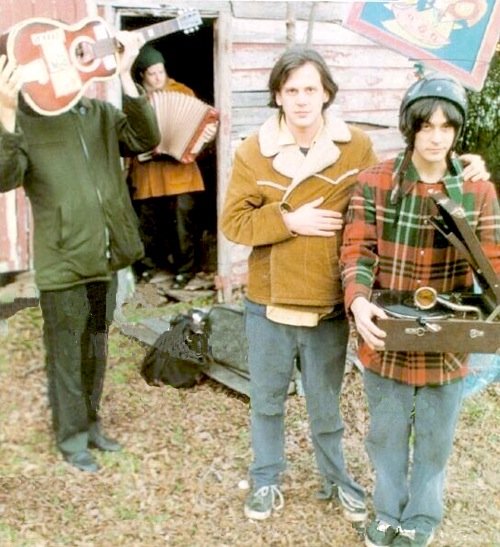 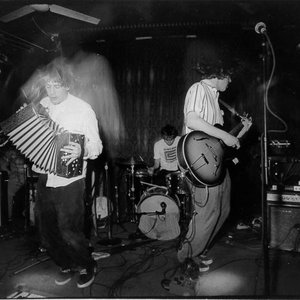 Neutral Milk Hotel was an American indie rock band formed by singer, guitarist, and songwriter Jeff Mangum in 1989 in Ruston, Louisiana. On the band's full-length albums, Mangum played with a number of other musicians, notably Jeremy Barnes (drums), Scott Spillane (horns), Julian Koster (musical saw/banjo/accordion/bass guitar) and producer-instrumentalist Robert Schneider. Neutral Milk Hotel was one of the original members of the Elephant Six Collective, based in Athens, Georgia. The outfit went on hiatus in 1998. In 2013, the band made a reunion tour and subsequently played concerts sporadically until going on indefinite hiatus in mid-2015.

Jeff Mangum was a member of The Olivia Tremor Control, along with his friend Will Cullen Hart and Bill Doss, appearing on their first release, the California Demise 7".

Prior to recording for friends under the NMH moniker, Mangum recorded at least one cassette under the name Milk: the only known tape was called Pygmie Barn in E Minor. This is the earliest known recordings that Mangum initiated and executed himself, on the cover there is "all songs: j.m '89. art: w. cullen hart". There is only an estimated dozen or so copies ever made of this tape, none of which have been made public. The tracklist etc. are also unknown.

Neutral Milk Hotel began life in Ruston, Louisiana, United States in the early 1990s, simply as a recording project for Mangum. He produced several demo cassettes, among them 1991's Invent Yourself a Shortcake, 1992's Beauty and 1993's Hype City Soundtrack, along with two more from this period, seemingly unnamed. Although easily found on the internet, these demos capture the project at a very embryonic state: songs are played in between various sound collages and tape experiments, and even, at one point, a six minute conversation between Mangum and Hart.

During this period, Mangum was wandering the country, staying in the closets of friends, and in a state of permanent unemployment. It was in these circumstances that the band's first formal releases took shape. Strictly speaking, however, the 'band' usually consisted of Mangum and whoever else was present at the time. This is obvious on Neutral Milk Hotel's first release, a 7" entitled Everything Is, recorded when Mangum was spending time in Seattle, Washington, released on Cher Doll Records in 1994.

A full album, On Avery Island, followed, this time recorded mainly in Denver, Colorado, where Mangum was backed by Robert Schneider of the Apples in Stereo, Rick Benjamin of the Perry Weissman Three and Lisa Janssen of Secret Square. Merge Records released it in 1996. On On Avery Island, Mangum's unique vocal style and the band's quirky but playful arrangements create a carnival atmosphere of moods ranging from excitement, suspense, and melodrama.

After the release of On Avery Island, Neutral Milk Hotel became a fully-fledged band, as Julian Koster, Scott Spillane and Jeremy Barnes joined Mangum, the band now being based in New York. Soon after this, they moved to Athens, Georgia, where many of Mangum's friends had begun to settle, and the Elephant 6 recording company began, fully, to take shape. After this, the band went back to Denver, to record a proper follow up to On Avery Island.

In the Aeroplane Over the Sea

The band's second LP, In the Aeroplane Over the Sea, released in 1998, is notable as a critically acclaimed work and a widely popular recording. It is a spiritually motivated work, conceptually based on the beauty to be found in the horrific fate of Anne Frank and similarly overwhelming tragedies. (Mangum has, during live performances, including the one released under the title "Live at Jittery Joe's", described some of the songs off this album as based on urgent, recurring dreams he had of a European family during the 1940s.) The album was highly praised by critics for its wildly inventive instrumentation and Mangum's provocative and impassioned lyrics. Although it met with scant response from the general public when it was released, the recording has continued to gain momentum in indie music circles and has become a cult classic, selling well over 100,000 copies according to Merge Records. However, the record along with the year of constant touring that succeeded it took its toll on Mangum. The band quite abruptly went on hiatus turning down all requests for shows, including a support slot for R.E.M.. All of a sudden, the band appeared to go silent and very little has been heard from Mangum since 1999.

Although all the members are still active with one another in other projects, it is unknown whether any more Neutral Milk Hotel albums will be released. There were plans to release a Neutral Milk Hotel rarities album on the Orange Twin label; however, after an announcement in 2005 on the Orange Twin website claiming that Jeff Mangum had in fact eventually decided against the project, it is unclear if this will ever happen.

There has been, however, some activity since In the Aeroplane Over the Sea. First, Orange Twin re-released Everything Is...., complete with extra bonus tracks, as well as Live at Jittery Joe's, a bootleg recording of a show Mangum played in a coffee house in Athens in 1997. The Major Organ and the Adding Machine album, a rather secretive project released by Orange Twin in 2001 and consisting mainly of experimental musical collage, features Mangum, along with Julian Koster, Of Montreal's Kevin Barnes, Elf Power's Andrew Reiger and the Olivia Tremor Control and Circulatory System's Will Cullen Hart and Eric Harris. There was also the release of Orange Twin Field Works, Vol. 1, Mangum's field recording of a Bulgarian folk festival, also on Orange Twin in 2001. Additionally, he plays drums on the first Circulatory System album.

Since the start of the hiatus Neutral Milk Hotel, Jeff Mangum has only played live properly again once, under the pseudonym 'World of Wild Beards, Inc.', at the Kings Arms pub in Auckland, New Zealand, at the request of the Tall Dwarfs' Chris Knox. He has also made appearances with Elf Power, and appeared onstage at the first of The Olivia Tremor Control's New York shows on their 2005 reunion tour, to sing briefly. Further releases from Neutral Milk Hotel, however, are indicated to be unlikely.

The other members are all still releasing or recording material: Julian Koster as The Music Tapes, Scott Spillane as The Gerbils and Jeremy Barnes as A Hawk & A Hacksaw, Bablicon and Marta Tennae.

In 2005, In the Aeroplane Over the Sea saw its re-release by Domino Records in the UK, in a sleeve featuring praise from, among others, Franz Ferdinand and The Arcade Fire, both very much influenced by the band. On Avery Island was re-released in the US in January of 2006 with live bonus tracks. Mangum has also been fairly busy creatively - following a charity auction on eBay of an acoustic guitar decorated by Mangum himself, more guitars hand-decorated by Mangum were sold via Orange Twin Records for $900 apiece. In addition, a number of Mangum's original drawings, this time costing only $10 each, were sold via Neutral Milk Hotel's website.

In 2013, made a reunion tour of the United States, Australia, Taiwan and Japan. The band subsequently played concerts sporadically until going on indefinite hiatus in mid-2015.