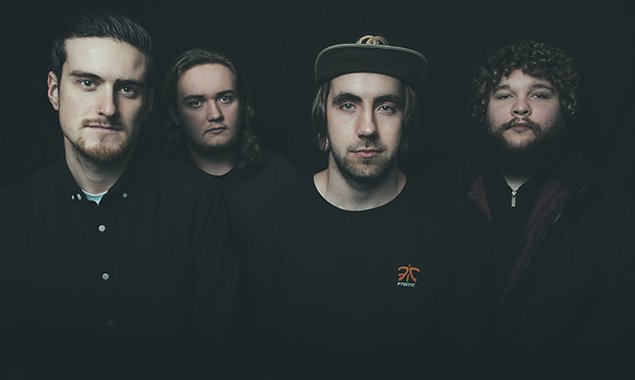 There are at least five artist which use this name:

1. Napoleon was a melodic hardcore band from Exeter, England. Since forming in 2011, they started to gain recognition in the british hardcore scene with their debut EP What We See, promoting their own brand of melody driven hardcore.

After receiving positive feedback from their debut single Rituals, they released their debut EP What We See, a 4 song EP in May 2011. Recorded with Stu McKay (Studio 6) and featuring Jonny OC of Canadian hardcore legends Liferuiner, it was released on May 1st 2011, and can be downloaded free of charge from the bands official website here - www.napoleonuk.com.

Go support the band if you like what you hear.

He was born to Muslim parents, his mother Aquillah Beale (Puerto Rican) and his father Salek Beale (African American). When he was three years old his parents were murdered, in front of him and his two brothers, by family friends who were members of the Nation of Islam. . His brother, Seike Beale, committed suicide

After this, he along with his big brother, Moonie Beale, and his little brother, Kamil "Kamillion/Hellraza/Muszamil" Beale, moved in with their grandparents in Irvington, New Jersey. In 1994, he ran into his childhood friend Yafeu "Kadafi" Fula who he hadn't had contact with for years. Both of them were rapping and Kadafi's godbrother was the rapper Tupac Amaru Shakur. Kadafi's mother, Yaasmyn Fula, told Tupac about Mutah. She told him how he witnessed his parents being murdered and it made him cry. He felt he had to meet Mutah. They met and Mutah joined their group, Dramacydal. Unlike the other members he didn't go under an alias, he just went under his first name.

On April 5, 1995, Tupac's LP, Me Against the World, was released (which sold over 3 million copies) Mutah guest appeared on the song "Outlaw." In 1995, Napoleon, Hussein, Kadafi, Kastro, E.D.I. and Makaveli (Tupac) formed the group the Outlaw Immortalz; later renamed to the Outlawz. Tupac gave each member of the group an alias taken from an enemy of America or so called tyrants and he gave Mutah the alias Napoleon after French emperor Napoleon Bonaparte. On February 13, 1996, Tupac's double LP All Eyez on Me was released selling 10 million copies in the U.S. Napoleon guest appeared on "Tradin' War Stories", "When We Ride", "Thug Passion", and "Run Tha Streetz."

On September 7, 1996, Tupac was shot four times in a drive-by-shooting in Las Vegas, Nevada. He was taken to University Medical Center where he died a week later. Napoleon and the rest of the Outlawz moved back to New Jersey. On November 5, Tupac's LP, The Don Killuminati: The 7 Day Theory, was released. Napoleon guest appeared on the song "Life Of An Outlaw."

In March 1997, Napoleon and the rest of the Outlawz with the exception of Hussein Fatal, moved back to California and signed with Death Row Records. They did this despite the fact that Tupac had several times told them not to. On December 21, 1999, the Outlawz's debut LP, Still I Rise, was finally released selling one million records. Napoleon and the rest of the Outlawz besides Hussein Fatal formed Outlaw Recordz and released their second and third LPs, Ride Wit Us Or Collide Wit Us and Novakane, on November 7, 2000 and November 6, 2001. One of the first artists who signed with Outlaw Recordz was Napoleon's brother Hellraza. Napoleon made his acting debut in Thug Life which also starred The Lady of Rage and Willie D.

Napoleon's solo debut album, Have Mercy, was due out 2005. It features Jon B and other artist. He had a minor hit called Never Forget featuring Val Young and Johnny J. Johnny J produced the song as well. It has been completed but will not be released, and Napoleon has completely retired from music due to its im-permissibility in the religion of Islam, as Napoleon has said so himself. He lived in Abu Dhabi for three or four months while requesting permanent residency in Saudi Arabia. He is now back in the United States.

In July 2006, Napoleon visited Sydney, Australia to give a talk to the Muslim youth who were being influenced by "gangsta culture" (which had resulted in the killing of two young Muslim men) and advised them against it. His background as a mainstream, successful rapper and his friendship/affiliation with Tupac Shakur, the rapper idolized most by the Sydney youth, ensured that his words had a lot of impact on them.

In November 2006 he also visited London to give similar talks in East London he had visited stepney green school to give a speech to the students. During this tour he also visited the Pakistan Community Center in Derby to give a talk about his life and gangsta culture. Also in 2006 he visited Sheffield for similar talks to the Muslim youth.

In 2007, he gave a talk in his hometown of Newark, New Jersey for the very first time at Rutgers-Newark. He also toured other parts of his home state and gave talks.

The most recent talks he has given were in Luton, England, at the Dallow Community Centre on 27 April 2007 and the turnout was excellent given the lack of space in the facility. The visit was partly because of the recent violence between the Muslim youth in the town which led to a murder of a young man. It was recorded during his talk in Luton, the Shahadah (conversion to Islam) of three individuals (two males and one female) and he received great respect from the residents of Luton for his visit. The influence of Napoleon on the youth of the town was astonishing and the positive feedback from the elders of the community suggested this.

Napoleon is the father of two sons, Salek and Muhammad.

3. A Swedish Band, Napoleon formed in the spring of 2003. After seeing a Napoleon Bonaparte documentary, songwriter and band leader Alexander “T-Glow” Havelda suggested that a shared goal of world domination meant Napoleon was the perfect name for the band, and so it was.

T-Glow explains the Napoleon sound “There were a lot of long Scandinavian winters hunched over warm stereo speakers and it helped having Daddy Don, a surrogate father to my sister, based in Detroit sending over soul records from the 60’s but we all love Morrissey, The Boss and those whom we get compared to a lot, the criminally underrated, Dexy’s Midnight Runners”.

This smorgasbord of American inner city Soul and British eccentricity, combined with their Nordic pioneering spirit makes Napoleon what they are. Their performance is like a stage re-enactment of the best house party you ever went to with all your best friends and some beautiful strangers. It is drama delivered with conviction.

5. Alias for Simon Mills of the leftfield electronic outfit Bent.