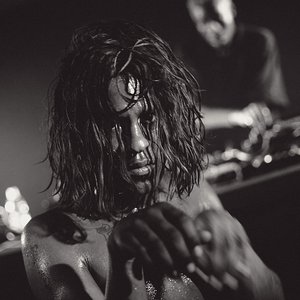 From The Silence of Duchamp to the Noise of Boys, her first poetry collection written over the course of six years in a myriad of different cities, was released by New York's OHWOW gallery. What most qualifies Quattlebaum Jr. as a one-man spectacle is her ability to morph from a young, gay, black urbanite reciting lines about discrimination to alter-ego named Mykki Blanco, a fiercely provocative persona to say the least. “People have a hard time understanding that there is no difference between Mykki and Michael,” he explains. “My art stands alone. I am definitely the art world’s post-Generation X pomo baby.” Quattlebaum began dressing in women's clothes in late 2010 with the intent of inventing a rap character. "The Mykki character came naturally: a teenage female rapper". In the last year, she's parlayed the whim-spawned rap persona to the center of his work as a performer and recording artist, and has plans to release a four-track mix in the coming weeks. Seeing Blanco perform leaves one feeling mesmerized as though they've been introduced to something unbelievably out-of-this-world while her bravado evokes a mysterious, intriguing sense of optimism.