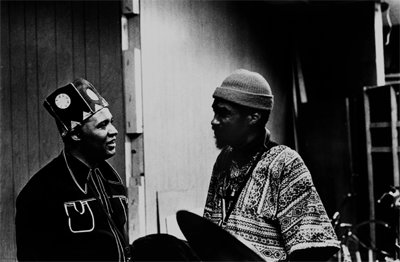 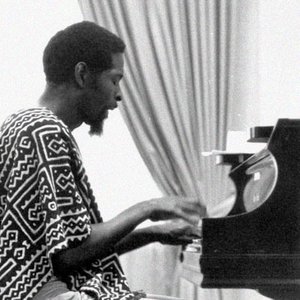 Abrams attended DuSable High School in Chicago. By 1946, he enrolled in music classes at Roosevelt University, but "I didn't get too much out of that, because it wasn't what I was hearing in the street". He then decided to study independently: "I've always had a natural ability to study and analyze things. I used that ability, not even knowing what it was (it was just a feeling) and started to read books." The books of Joseph Schillinger were very influential in Abrams' development. In Abrams' words:

From there, I acquired a small spinet piano and started to teach myself how to play the instrument and read the notes – or, first of all, what key the music was in. It took time and a lot of sweat. But I analyzed it and before long I was playing with the musicians on the scene. I listened to Art Tatum, Charlie Parker, Thelonious Monk, Bud Powell and many others and concentrated on Duke Ellington and Fletcher Henderson for composition. Later I got scores and studied more extensive things that take place in classical composition and started to practice classical pieces on the piano.

Abrams' first gigs were playing the blues, R&B, and hard bop circuit in Chicago and working as a sideman with everyone from Dexter Gordon and Max Roach to Ruth Brown and Woody Shaw. In 1950 he began writing arrangements for the King Fleming Band, and in 1955 played in the hard-bop band Modern Jazz Two - Three, with tenor saxophonist Eddie Harris. After this group folded he kept a low profile until he organized the Experimental Band in 1962, a contrast to his earlier hard bop venture in its use of free jazz concepts. This band, with its fluctuating lineup, evolved into the Association for the Advancement of Creative Musicians (AACM), emerging in May 1965 with Abrams as its president. Rather than playing in smoky night clubs, AACM members often rented out theaters and lofts where they could perform for attentive and open-minded audiences.

Abrams also played with saxophonists Eddie Harris, Gordon, and other more bop-oriented musicians during this era.

Abrams moved to New York permanently in 1977 where he was involved in the local Loft Jazz scene. In 1983, he established the New York chapter of the Association for the Advancement of Creative Musicians.

In the 1970s, Abrams composed for symphony orchestras, string quartets, solo piano, voice, and big bands in addition to making a series of larger ensemble recordings that included harp and accordion. He is a widely influential artist, having played sides for many musicians early in his career, releasing important recordings as a leader, and writing classical works such as his "String Quartet No. 2", which was performed by the Kronos Quartet, on November 22, 1985, at the Carnegie Recital Hall in New York. He has recorded extensively under his own name (frequently on the Black Saint label) and as a sideman on others' records. Notably regarding the latter he has recorded with Anthony Braxton Duets 1976 on Arista Records, Marion Brown and Chico Freeman.

He recorded and toured the United States, Canada and Europe with his orchestra, sextet, quartet, duo and as a solo pianist. His musical affiliations is a "who's who" of the jazz world, including Roach, Gordon, Eddie "Lockjaw" Davis, Art Farmer, Sonny Stitt, Braxton, The Art Ensemble of Chicago, Harris and many others. In 1990 Abrams won the Jazzpar Prize, an annual Danish prize within jazz. Abrams received a 1997 Foundation for Contemporary Arts Grants to Artists Award. In May 2009 the National Endowment for the Arts announced that Abrams would be one of the recipients of the 2010 NEA Jazz Masters Award. In June 2010, Abrams was given the Lifetime Achievement Award by New York City's premier jazz festival, known as the Vision Festival.