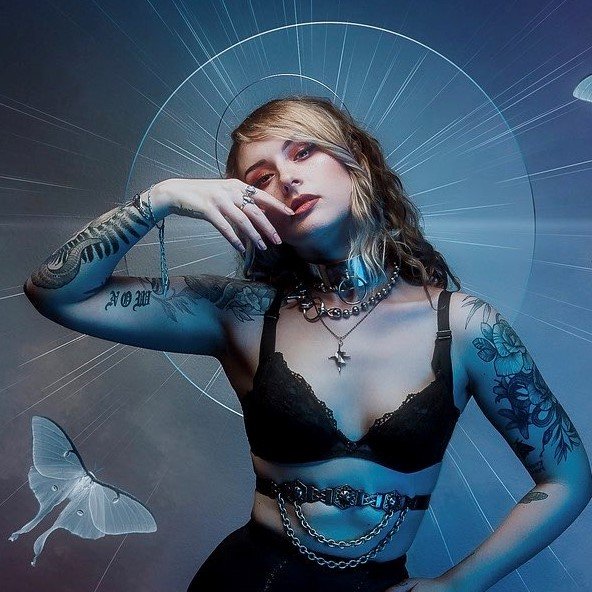 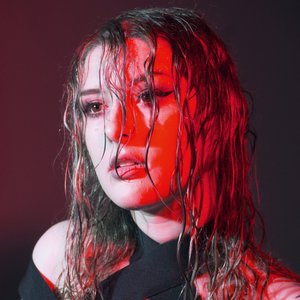 Growing up in the suburbs of Oklahoma McKenzie was a part of a classical guitar ensemble at an arts-focused public high school. At home, she would write original songs over arpeggios she learned in guitar class and uploaded her original songs and covers on YouTube. She was determined to trade the great plains for a more populated skyline. After receiving a scholarship to Pratt Institute for visual web programming, McKenzie moved to Brooklyn, New York in 2013.

Between classes, McKenzie wrote music as a form of catharsis from rigid school assignments. During the second semester, she showed a classmate some of the songs she had been making and her classmate introduced her to several electronic music producers on Soundcloud, lent her a midi keyboard, and encouraged her to buy a real microphone. Her first released on Soundcloud, ‘Starchild’ (prod. by melodrama) received 100,000 plays in 24 hours.

Mothica is an alter ego that isn’t afraid of honesty even if it means showing weakness. Her distinct raspy yet honey-soaked voice is not one of vocal training, but of heartfelt emotion. Her storytelling writing style and unexpected melodies have set her apart in an music scene that is overrun with sameness. She lends her voice to many genres via collaborations, bringing electronic elements to life with the emotions she shares.

McKenzie desired the skill to produce her own instrumentals, so she learned Ableton and released an entirely self-produced EP called Mythic in 2013. Her somber song about self-empowerment, “No One” reached No. 6 on the US Viral Spotify Charts. The collaboration and record label requests came pouring in but she carefully hand selected her music partners and released the smash "Clear" with Canadian producer Pusher. The song currently sits at 12 million plays on Spotify put her on the radar for everyone from Spotify execs to VSCO to Teen Vogue.

Turning down every record label offer, Mothica remained independent and began performing around New York. She performed her first show solo, and it was completely sold out. She finished up a second solo EP called Heavy Heart about her experience with depression. She continues to grow into her writing style while collaborating with the likes of Tennyson, Crywolf, Said The Sky, and Electric Mantis.

Like her music, Mothica's live show continues to evolve. Playing from coast to coast with several headlining shows, 2017 saw the first iteration of a live music experience for Mothica with three additional band members interpreting lively versions of the songs her fans know best.